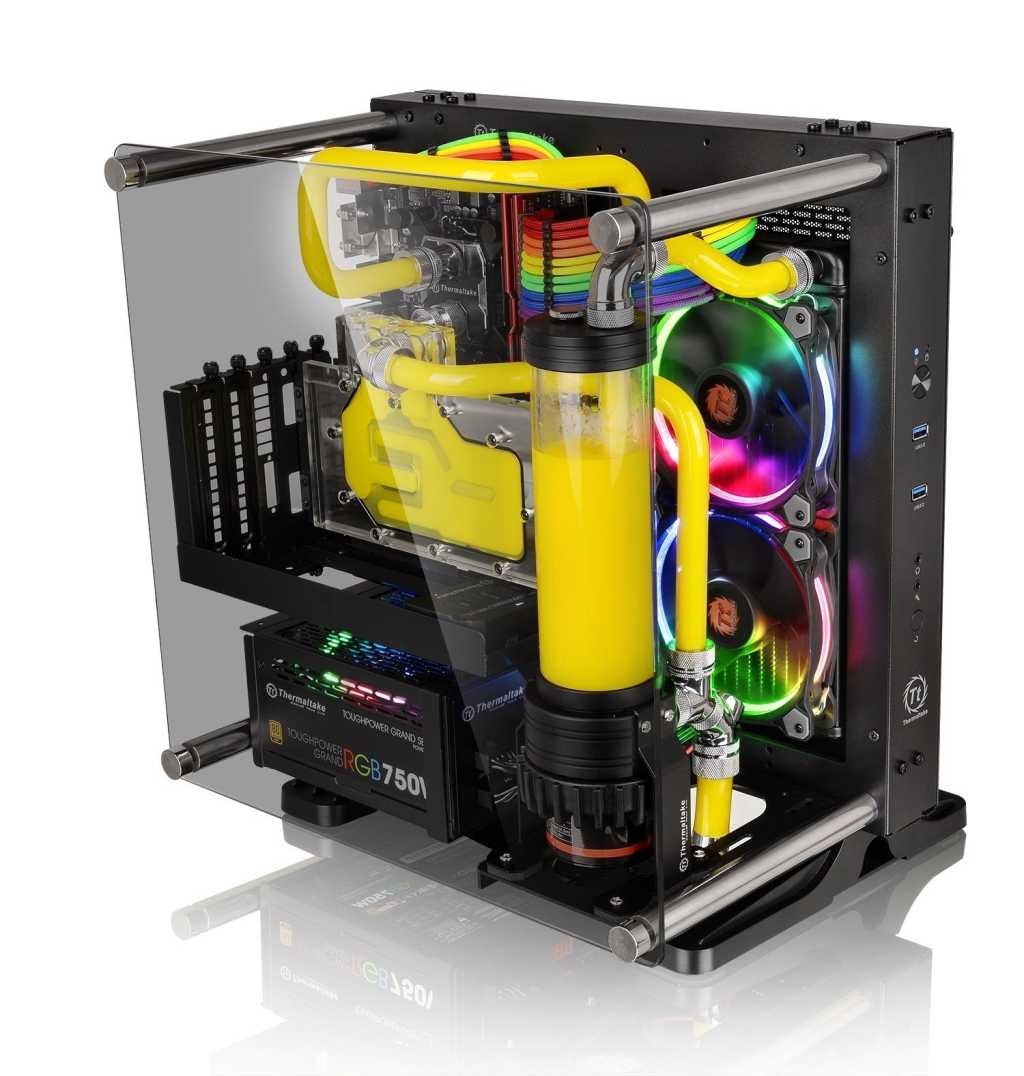 Forget Van Gogh. If you want to impress your nerd friends, what’s better than a PC hanging on your wall?

The Core P1 started as a 3D-printed concept that ThermalTake teased this summer, but the company decided to go into full production with it.

The case includes a flexible PCIe riser cable that allows your GPUs to be mounted perpendicular to the motherboard. Though technically an open-air case, the Core P1 does offer some protection for your components with a 5mm sheet of tempered glass.

If you think the Core P1 is too tiny, don’t worry. ThermalTake also unveiled a new case called “The Tower 900.” The Tower also features tempered glass, but rather than using a Mini ITX motherboard, it’ll accommodate up to an Extended ATX motherboard, and is classified as a Super Tower case.

The Tower 900 is available now for $900, but pricing and availability for the Core P1 wasn’t released.