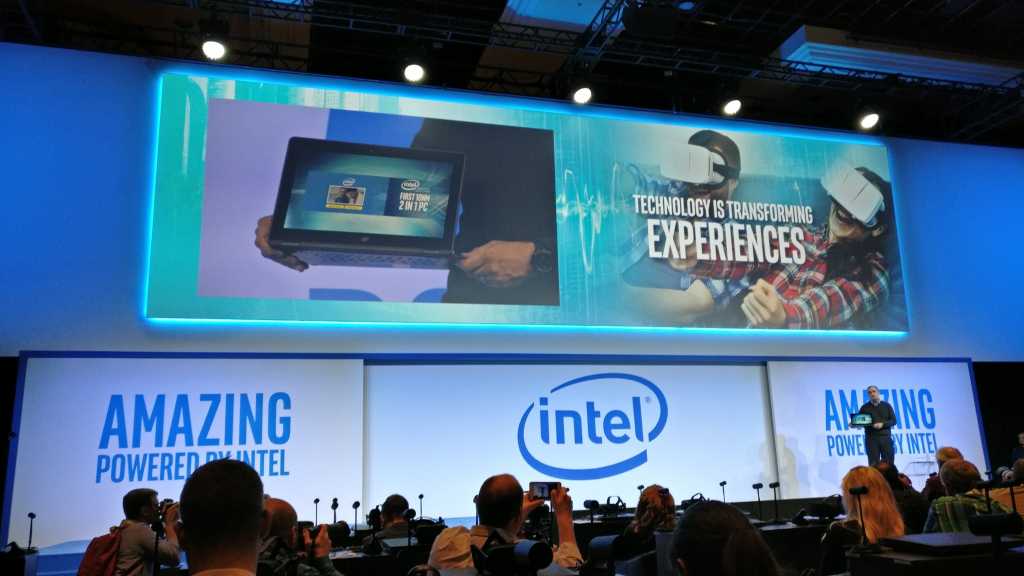 Intel pulled out the big guns at its CES keynote on Wednesday, equipping the venue with leather loungers that each had its own VR setup for attendees to use—a flashy way to prove that Intel’s recent moves in the VR space were justified. But first, the company kicked off its presentation by demonstrating that its next-gen 10nm “Cannon Lake” Core processor was alive and well.

Cannon Lake, like the current Kaby Lake, represents an opportunity not just for content creation but for content to be experienced through the magic of virtual reality. The problem is that there really isn’t a good way to convey a VR experience, save for VR—2D video doesn’t do it, and neither does 2D images.

But throughout 2015 and 2016, Intel quietly gobbled up VR technology companies, including Replay Technologies and Voke. None apparently grabbed the attention Kraznich wanted, however, so he arranged for the keynote hall to be outfitted with Oculus Rifts and played back several VR demos (including a live 360-degree video feed, via drone) to the assembled press.

Two demos stood out. The first was HypeVR’s demonstration of stereoscopic VR, which rendered a pastoral scene from Vietnam with a 360-degree video loop playing back images of grazing water buffalo and a flowing river. But the objects in the video could be looked “around”—if I stood up, I could see more of the video behind the water buffalo in the foreground. It felt a bit artificial, though it did make the scene more visually interesting.

Intel’s Voke technology feels more like a winner. In concept, it’s pretty simple: the broadcaster plants a 3D camera (or two) next to the action and lets the audience switch between them. In Intel’s demo, they floated a 3D scoreboard overhead with a live feed of a Villanova basketball game. Though the game largely took place in “front” of the camera, the VR headset still allowed me to focus on what I was interested in. The only drawback was that the game exposed one of the weaknesses of the Oculus Rift: the relatively low resolution, compared to the 1080p or even 4K feeds that sports viewers are used to.

Pushing VR into the hands of Intel customers, however, appears to be critical for Intel’s future. Project Alloy, a simple “mixed reality” device that Intel disclosed previously, will be turned into a product, Krzanich announced. “We want this to bring the creativity and those experiences to where they need to be,” he said.

He did not say, however, which manufacturers will make Alloy, or what the price will be, though they will ship during the fourth quarter of 2017. Microsoft has also tried to lure hardware makers to make their own augmented-reality devices, with more success: Asus, Dell, HP, and others have signed on to make them.