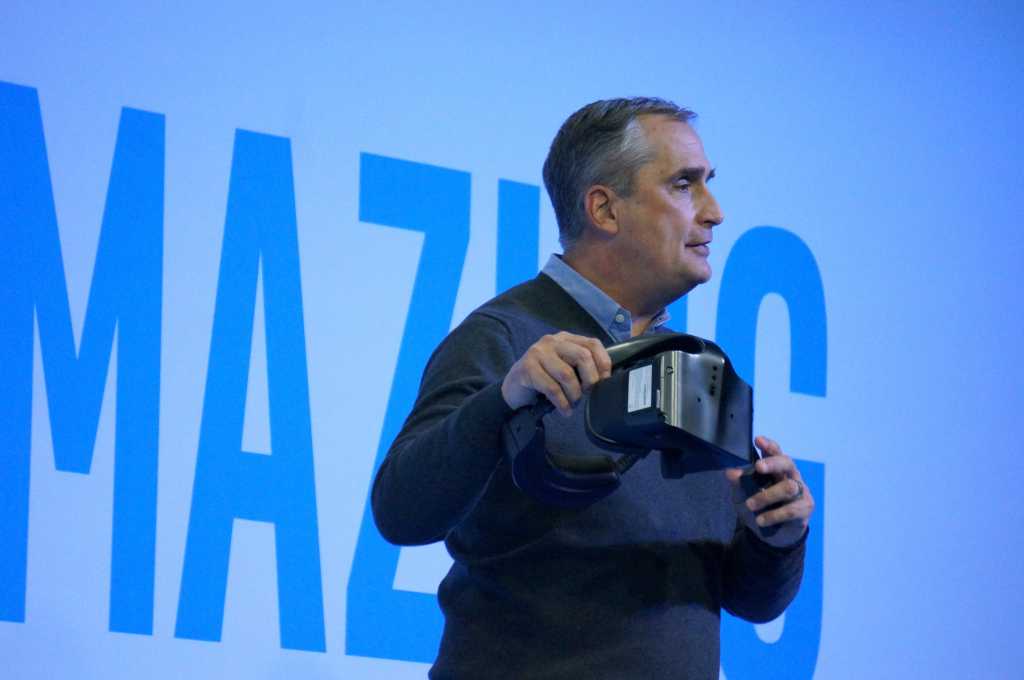 Intel is serious about bringing its Project Alloy untethered VR headset to the masses. On Wednesday, company CEO Brian Krzanich said at the company’s CES press conference that it will be available in the fourth quarter of 2017. That will be roughly a year and a half after the company announced it at the Intel Developer Forum in San Francisco.

It’s still unknown how much a Project Alloy headset will cost, or even which company will make it. Krzanich said that the headsets will be made available through Intel’s hardware partners, but didn’t provide details beyond that.

Project Alloy is designed to provide a way for people to experience high-quality virtual reality without having to tether themselves to a computer. It also has front-facing cameras to analyze the environment that users are in and make that a part of the VR experience as well.

Right now, VR enthusiasts have two options when it comes to headsets: either use a heavy-duty model like an Oculus Rift or HTC Vive tethered to a dedicated machine, or slot a smartphone into a mobile headset like Google’s Daydream View or Samsung Gear VR. Project Alloy is supposed to provide a middle ground.

To make all of that work, Project Alloy packs an Intel processor, twin RealSense cameras, a battery, display, headphones and more into a single package that users can wear on their heads. Applications built to take advantage of Alloy can be set up in a mixed reality mode, to either overlay digital assets over a feed of a user’s surroundings, or replace those surroundings entirely with new digital imagery.

An Intel demo showed two men playing a shooting game inside of a living room set, with their couch and armchair replaced in the game by other digital objects like a bunker.

The HTC Vive and Oculus Rift each allow users to get up and move around while playing, but users are always at risk of tripping over cables, and must set up their rooms specifically to support the VR headsets.

It’s not as though the rest of the VR landscape is sitting still, though. Oculus has also pledged to build a standalone Alloy-like unit.