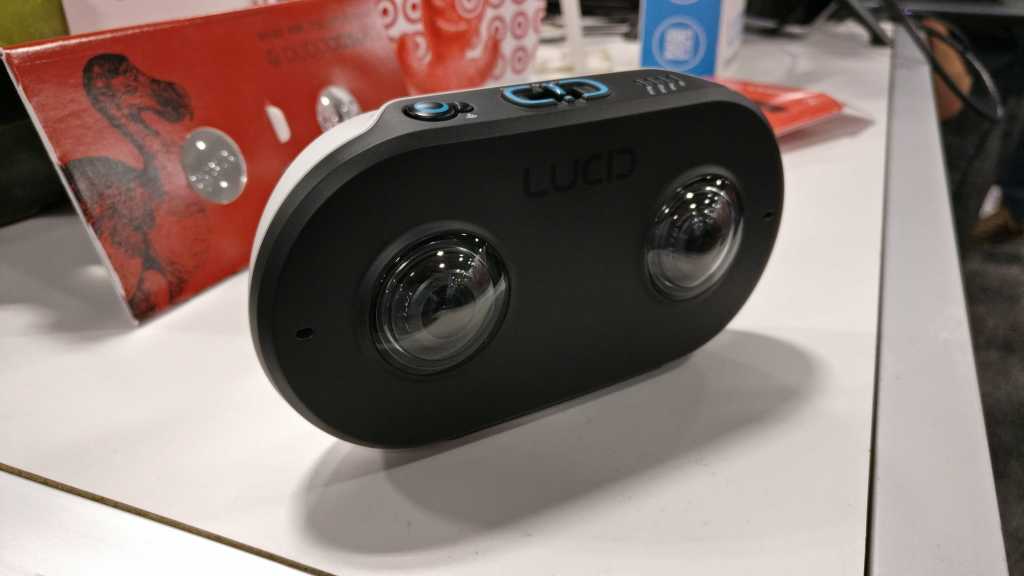 All the talk about consuming virtual-reality content ignores a vital question: Who’s going to make it? Lucid thinks it should be you.

Announced at CES, Lucid’s $399 LucidCam combines a pair of 4K stereoscopic lenses inside a handheld device about the size of a cell phone. That’s small enough to slip inside a pocket. When the time’s right, Lucid hopes, you’ll pull out your LucidCam and record a VR video in much the same way you’d record a snippet of standard video for your friends and family.

The LucidCam does lack a screen, however, so you should think of it as something akin to a GoPro, rather than a camera for composing a shot. The field of view is only 180 degrees, on the vertical and horizontal, so you’re essentially shooting one half of a virtual sphere surrounding the camera. Unlike the more expensive 360-degree cameras on the market, though, the LucidCam allows the user to “show” a scene, keeping themselves out of the frame.

So what makes the LucidCam better than other, more full-featured 360-degree VR cameras already on the market? Lucid chief executive Han Jin believes that the point-and-shoot nature of his camera is its advantage.

“On one hand we are not shooting 2D, we are shooting 3D—that’s very important to us,” Jin said. “The second thing is ease of use. A user doesn’t necessarily want to be in the shot. For the video and production space, where they want to have the team and lighting behind the camera… with a 180-degree camera you can capture here, and then turn around and capture here, and then go from there.”

Jin even showed off a nifty little custom phone case that contains a pair of lenses that turns the LucidCam into something like a Google Cardboard on the go.

The LucidCam comes with 16GB of flash storage on-board (plus there’s a microSD slot for expansion). Jin said he wasn’t sure how many hours of VR video that translates to, but for now it doesn’t really matter. The integrated battery only lasts for about two hours or so, meaning that you’ll run out of juice before you run out of space. Video is recorded at about 50MB per minute, he said.

LucidCam will ship during the second quarter of 2017, Jin said.