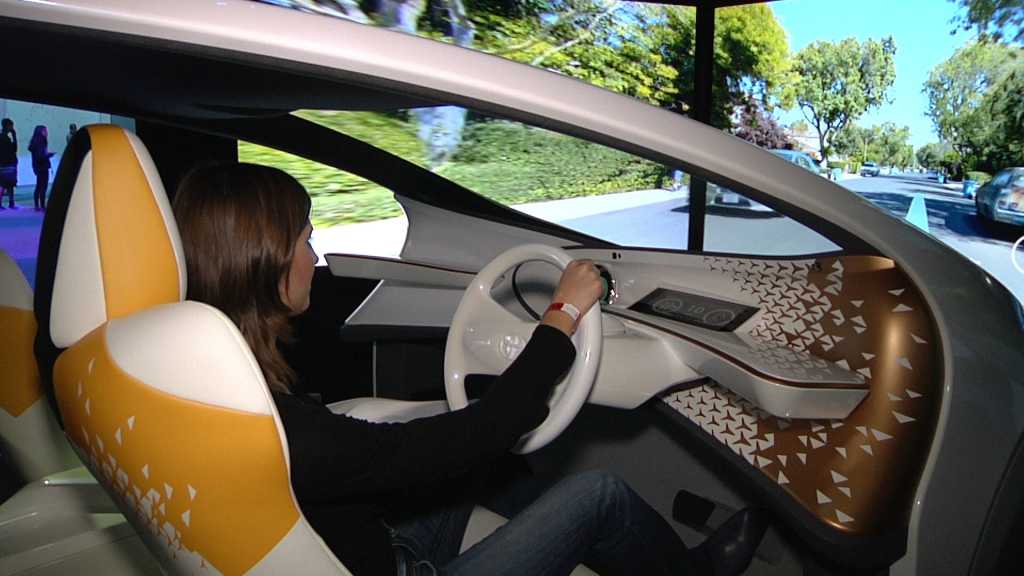 I have never really stopped to ask myself whether or not I enjoy driving, but user enjoyment is one of the main goals of Toyota’s Concept-i car. To demonstrate what it might feel like to drive the Concept-i, Toyota has set up a simulator at CES in Las Vegas.

I tried it out myself and found the experience really enjoyable. Before entering the car, you have to type in your name, age, gender, and hobbies. This information is later used by the car to suggest enjoyable routes and measure your vitals, since the car is meant to pick up on drivers’ emotions.

Inside the cabin, Yui, Concept-i’s AI agent greeted me and gave me three route options: San Francisco, Carmel, and Muir Woods. Having taken a very pleasant trip to Carmel over Thanksgiving, I chose the charming city as my destination.

As we progressed through a neighborhood, Yui took over control of the car to avoid some straying pedestrians and bicyclists. At one point, my seat slid down, and to my pleasant surprise, started massaging my lower back. The Toyota representative standing beside me explained that the car had entered autonomous mode.

Throughout the ride, the car was picking up on my vitals and facial expressions and creating a “happiness map,” which showed how I felt at each stage of the journey.  My favorite part of the experience was driving along a oceanside road and feeling the wind in my hair, which was artificially created by a fan in the car as Yui triggered some soothing animations on the dashboard.

The Concept-i is definitely a unique car. To find out what inspired the design, we spoke to Concept-i’s chief designer Ian Cartabiano. Check out the interview below.