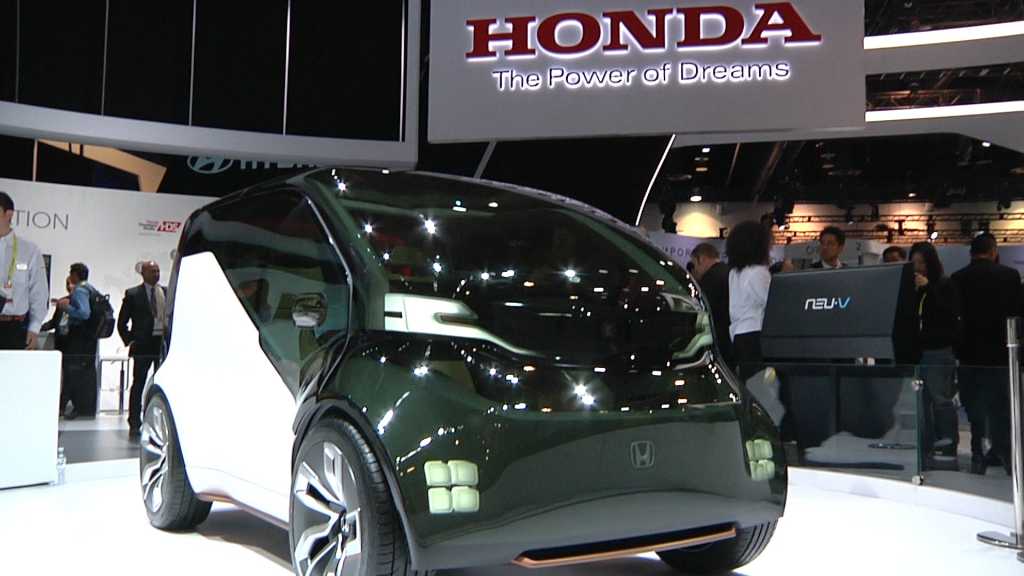 Honda’s NeuV (New Electric Utility Vehicle) is a combination of ideas from the Japanese automaker, ranging from autonomous driving, to car sharing, electric charging, and connectivity. But perhaps the most ambitious idea put forth by Toyota in its latest concept car goes by the name of Hana (Honda Automated Network Assistant).

Hana is NeuV’s AI system and lives on the NeuV’s sprawling monitor dashboard. It is meant to be a helper as well as a companion.

“Artificial intelligence is becoming more and more important in vehicles because we want to kind of have a relationship with the vehicle rather than the vehicle just doing things on its own,” says Nick Renner, who helped design NeuV.

Hana can sense a driver’s emotions through heart rate monitoring and face recognition, as well as carry on a conversation. But the AI bot can also take care of some more practical chores such as deciding when is the cheapest time to charge the electric NeuV on its wireless plate.

Another vision for NeuV: a car sharing service. According to Honda, the owner will be able to lend out their car while at the office or at home, earning a little extra cash in the process.

Honda says the NeuV is at level 4 autonomous driving. This means that the car can navigate the roads in most situations, but there are instances in which a driver may have to intervene. One such instance may be maneuvering a crowded city street.

As a concept vehicle, the NeuV will not be available to consumers, but the time  when all of us will have an AI agent in our cars may not be so far away.