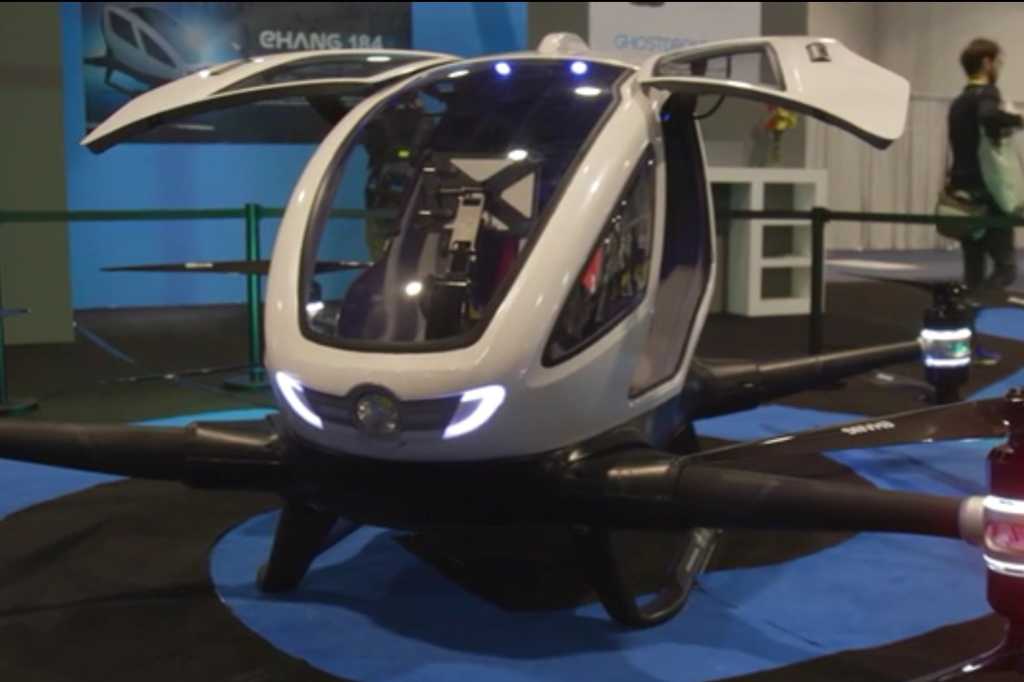 Last year the Ehang 184 autonomous aerial vehicle (AAV)—what we might call a big-ass drone—was a prototype. This year it’s a real, flying vehicle, seasoned by 200-plus successful (non-crashing) test flights, and it just may start taking passengers for real in the near future.

The Ehang 184 can accommodate one person weighing up to 220 pounds in its small cabin. The drone has a flying ceiling of 11,500 feet and can fly 30 to 40 miles on a single charge of its electrical battery.

The drone flies itself—the passenger doesn’t have to do anything. Ehang will have its own control centers to track and manage the AAVs in flight. The company’s already built its first control center in China, which has granted permission for these drones to fly there. Ehang hopes to sell the AAV or offer it as a service, like a flying Uber.

As for the United States, there’s just a bit of red tape standing between the Ehang 184 and any debut here. Okay, maybe a lot of red tape: Ehang’s most optimistic prediction is two to three years before you might be able to hail one of these heli-cabs over American soil.