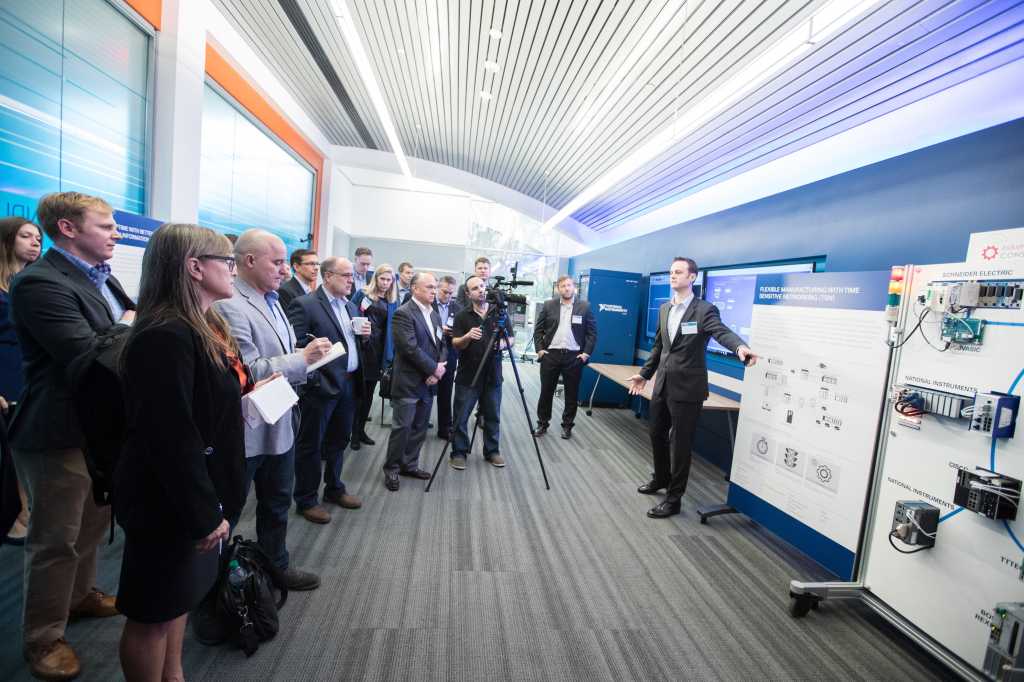 There are many companies vying to build the industrial internet of things, but the systems involved are so complex that those vendors also need to cooperate. A new lab at National Instruments, in Austin, Texas, is bringing some competitors together.

The NI Industrial IoT Lab opened on Wednesday and will house testbeds for applications like predictive maintenance, time-synchronized industrial networking and “microgrids” for renewable energy. It will also be a place where companies can show off joint solutions to customers.

One of the aims of the lab is to show enterprises that IoT works, said Jamie Smith, director of embedded systems at National Instruments.

“One of the barriers we face today is [gaining] wide industry confidence that these distributed industrial internet of things solutions are ready,” Smith said.

The opening brought together Cisco Systems and Hewlett-Packard Enterprise, known more as archrivals than as partners, as well as Intel, PTC, Real-Time Innovations, Analog Devices and the Industrial Internet Consortium (IIC). They’re all sponsoring the lab along with several other players.

Vendors will use the lab to showcase their products to customers but also will collaborate with others to make sure all technologies developed for industrial IoT can work together. Those include communications protocols, processing elements, software and more.

On Thursday and Friday this week, the lab will host a plugfest where vendors will connect their products using TSN (time-sensitive networking). TSN, based on IEEE standards, is designed for synchronizing the clocks in industrial equipment connected over Ethernet. It should allow enterprises to gradually replace specialized industrial networks with Ethernet, integrating IT with so-called OT (operational technology).

National Instruments makes compact, hardened systems that sit at the edge of an IoT network and collect, digitize, process and transmit information from a wide variety of sensors. The systems can also control equipment at the edge in real time using data collected there, Smith said.

The initial testbeds in the National Instruments lab came out of IIC, which was formed in 2014 to help bring together IT and OT systems.