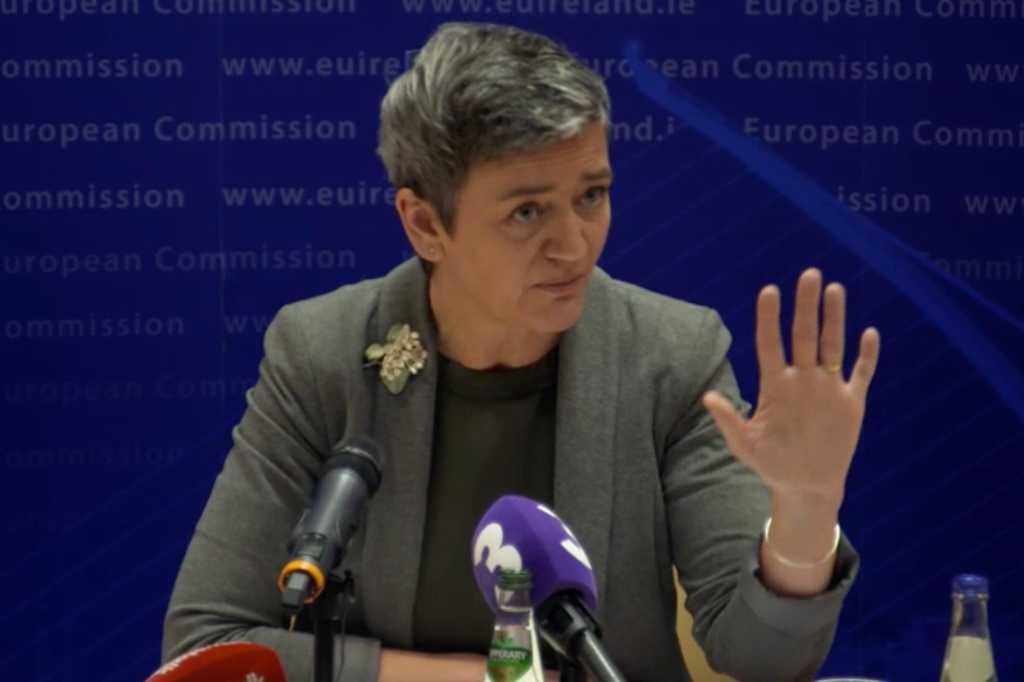 Apple is behind with its taxes, but the tax inspector doesn’t mind.

Last August, the European Commission closed a three-year investigation of Apple’s tax affairs with an order to the Irish government that it should recover about €13 billion (US$14.5 billion) in taxes that it believed Apple had underpaid over the last decade.

Ireland has missed the deadline for recovering the billions, but Competition Commissioner Margrethe Vestager, who gave the Irish government four months to collect the taxes, is proving very understanding about the delay.

“The recovering is not done yet but we have been working with the Irish authorities and we can see that they are moving forward to do the recovery of the unpaid taxes,” she said at a news conference in Dublin on Tuesday.

“It’s a tricky thing to do because it’s a large sum, so of course you have to figure out how to do that. It’s not an escrow account as in some of the other cases where it’s €25 million or €30 million or something like that,” she said. “I do respect that it’s a complicated matter and it may take a little more time than being within the deadline.”

Apple, naturally, is appealing the Commission’s decision, which its CEO Tim Cook famously described as “total political crap” — but the Irish government is appealing too, even as it pursues Apple for payment.

When those appeals will be heard by the European Court of Justice remains to be seen.

“The calendar is completely within the hands of the court, so I know nothing of the timing of when it will be decided upon,” Vestager said.

In its investigation, the Commission found that Apple’s effective tax rate on profits funneled through two Irish subsidiaries was around 0.05 percent, falling to 0.005 percent in 2014. Apple’s U.S. parent company expects that for the first quarter of its 2017 fiscal year, which it will report later Tuesday, it will pay tax at the rate of around 26 percent.