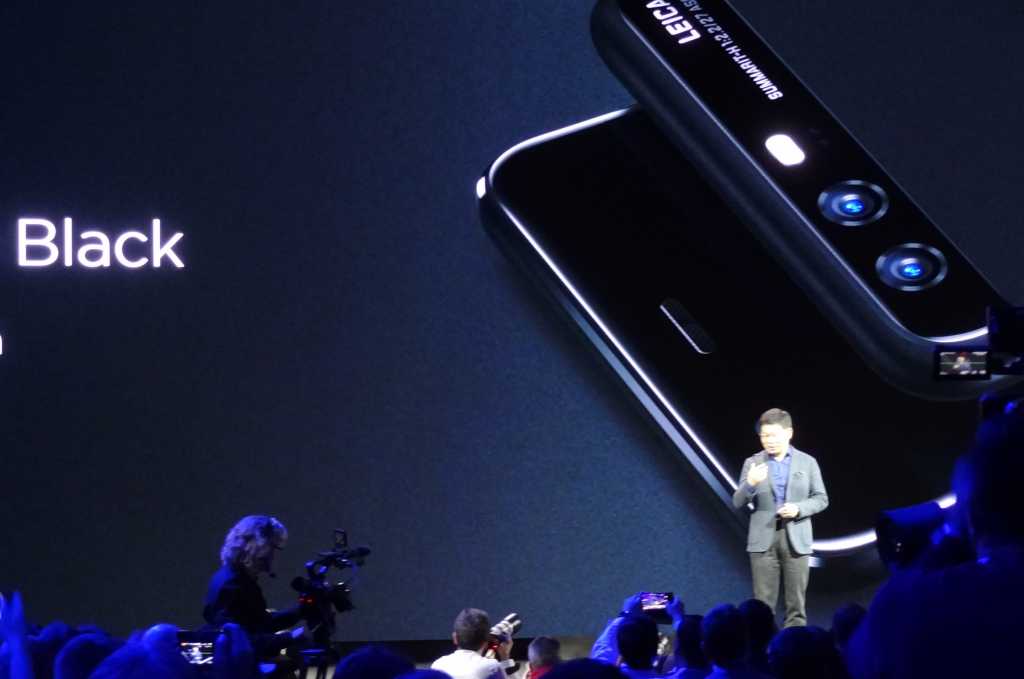 Huawei Technologies calls the P10 a smartphone, but its CEO doesn’t have much to say about its communication capabilities.

Richard Yu, CEO of the company’s consumer business group, might instead have been talking about a new camera when he boasted of the device’s Leica-style portraiture and, in fact, like its predecessor it was “co-engineered” with camera-maker Leica.

The most important elements inside it, though, according to Yu at least, are the cameras: a 20-megapixel monochrome one and a 12-megapixel color one on the back, and an 8-megapixel one on the front. All the cameras have autofocus, and the back cameras can shoot 4K video and have optical image stabilisation.

“We want to make every shot a cover shot,” he said at the camera-phone’s launch in Barcelona on Sunday.

What will strike users first, though, is not the sharpness and color fidelity of the images, but the diamond cut of the device’s case, and its many color options. There are eight (Ceramic White, Dazzling Blue, Dazzling Gold, Prestige Gold, Graphite Black, Mystic Silver, Rose Gold, Greenery), something of a record for a new model.

Yu described the smoothness, scratch-resistance and grippiness of the diamond-cut finish at great length, and then invited Leatrice Eiseman of the Pantone Color Institute on stage to expound in way too much detail on the cultural significance of the color green. Pantone and Huawei formed a partnership last month in which Pantone names a “color of the year” from its catalog of color swatches (this year, Greenery) and Huawei promotes Pantone by slapping the color on a new product.

Oh, and the phone? It has slots for two SIM cards, connects to 2G, 3G and 4G networks and, depending on the model, will work with the TD, FDD and SCDMA flavors of LTE.