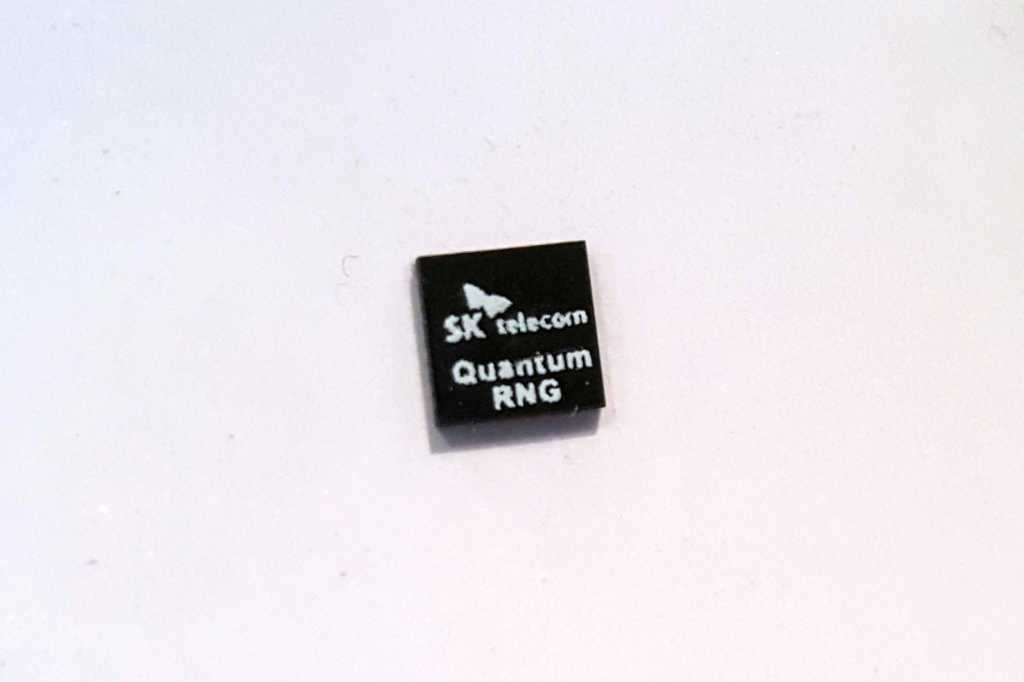 Engineers at South Korea’s SK Telecom have developed a tiny chip that could help secure communications on a myriad of portable electronics and IOT devices.

The chip is just 5 millimeters square—smaller than a fingernail—and is capable of generating mathematically provable random numbers. Such numbers are the basis for highly-secure encryption systems and producing them in such a small package hasn’t been possible until now.

The chip, on show at this week’s Mobile World Congress in Barcelona, could be in sample production as early as March this year and will cost a few dollars once in commercial production, said Sean Kwak, director at SK Telecom’s quantum technology lab.

The device works by exploiting something called quantum shot noise, he said. Inside the chip two LEDs produce photons that bounce off the inner walls of the chip and are detected by a CMOS image sensor that’s also built inside the chip. The shot noise is a result of that detection and is random in nature.

Random numbers are incredibly important in cryptography because they are used to generate encryption keys. If the numbers are not absolutely random then sophisticated analysis could be used to determine the original number and break the encryption.

The ability to generate truly random numbers inside such a small package could significantly improve security of smartphones, intelligent cars and IOT devices. In the latter, the low cost nature of the products often means developers use quasi-random number generators or even a fixed key that never changes over the life of the device.

SK Telecom has been active in quantum encryption and security systems since 2011 when it formed a lab at its R&D center in Seongnam, near Seoul.

On Monday, the company kicked off a push to develop interoperability standards for quantum encryption systems.