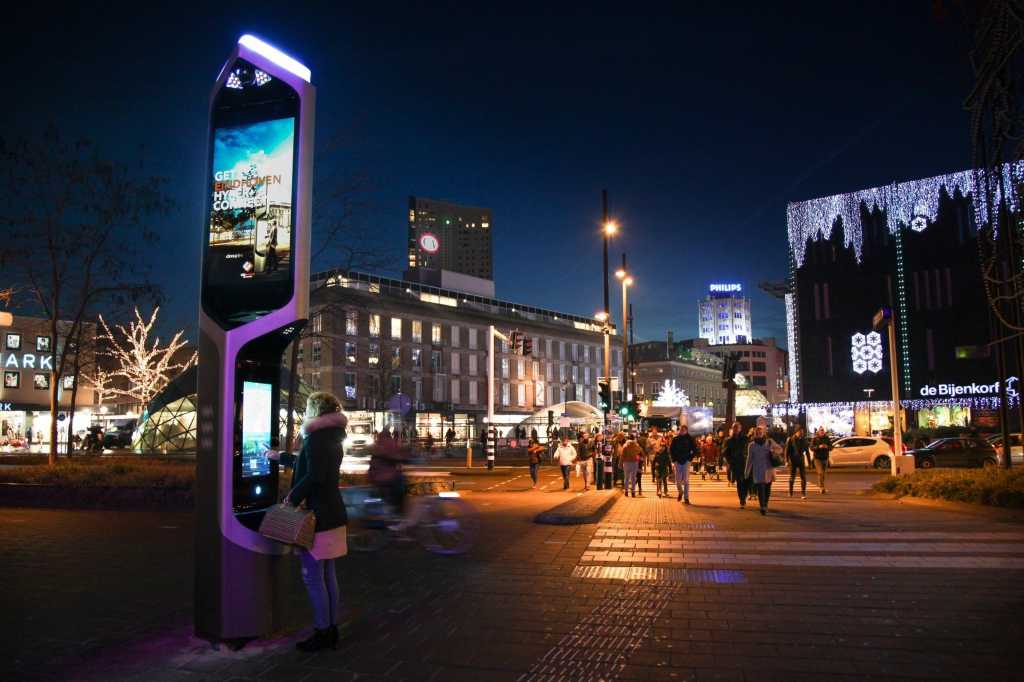 Intel showed the future of smart cities at Mobile World Congress, and it’s an always-watching, always-communicating city. Maybe that creeps you out a bit, but there are potential beneifts: Improved traffic flow. Better information. Maybe even better help in an emergency. Here are highlights from the demonstrations.

A traditional-looking lamppost had a ring of cameras underneath its light fixture. Data from the cameras could be used by authorities to make decisions about traffic flow. An array of hotspots farther down the post could be part of a citywide Wi-Fi project.

Citybeacon, a slender, almost sculptural structure as tall as the lamppost, but much more space-agey, takes the monitoring job much further, as seen in this pilot program in Eindhoven, Netherlands. At the top are cameras, which can beam data to municipal authorities. Those same authorities can communicate to the public via two displays placed high enough on the structure for viewing from a distance. (Those displays could also show ads.) At the bottom of the structure, a third display acts as an information kiosk or a communication line to local authorities.

Communication is especially important during emergencies, yet that’s also when cellular networks often fail us. In a third demonstration, Intel showed how a few of its experimental drones could carry their own cellular network with them into an emergency zone to provide service to that locale. The same connectivity would let the drone take images of the disaster and beam it back to first responders so they can decide on the best course of action.