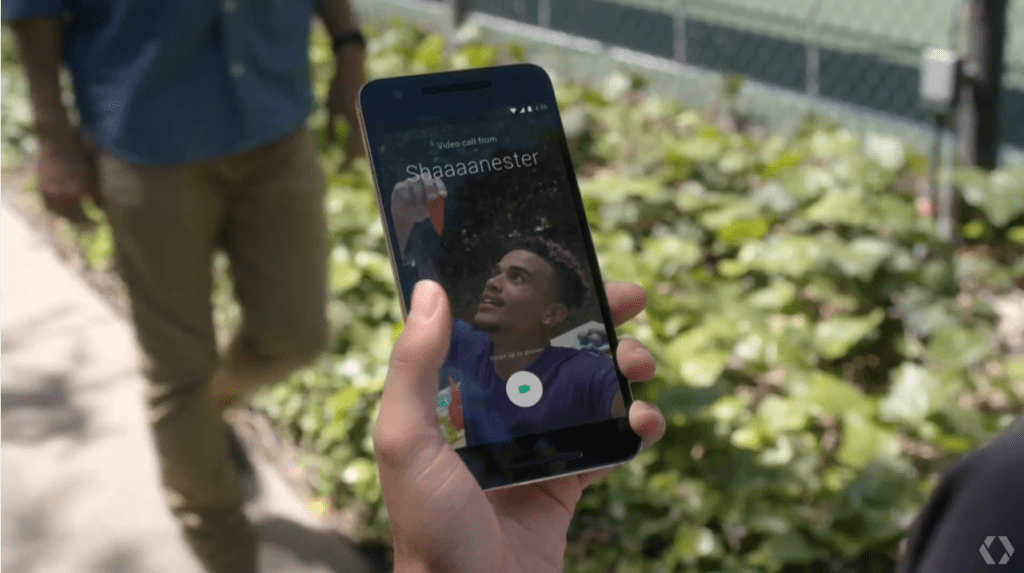 Hangouts? What’s that? Google debuted what it called a “simpler” one-to-one video-chatting app on Wednesday at Google I/O, known as Duo.

Duo won’t just be for Android devices—it will run on iOS as well. It complements Allo, a new messaging app also announced at Google I/O that’s partially powered by Google Assistant. Both apps will be available later this summer.

“We challenged ourselves to develop a video calling experience that could feel magical every time for everyone,” Erik Kay, an engineering director at Google, said at the Google I/O conference in Mountain View.

Duo performs well even on slow networks. It’s encrypted, and based on your phone number. Duo works wherever you are, Kay said, and it proactively monitors network quality several times a second and switches seamlessly between Wi-Fi and cellular. Duo is powered by two Web codecs: WebRTC, and QUIC.

Duo also has an interesting and potentially controversial feature: “Knock Knock,” which shows you a live video stream of the caller before the connection is actually initiated. “Not only can you see who’s calling, but why they’re calling, and what they’re up to: A smile, a beach, a newborn baby,” Kay said.

The app appears to be sort of like a live contact page rather than a peep into another person’s life—sort of like a friend waving a pair of concert tickets at you through a window. And once you pick up, Duo puts you right into the call. Here’s a closer look at the experience:

What does this mean for Google Hangouts, Google’s existing video app? We don’t know quite yet. It’s likely that the two will coexist—one for group calling, and Duo for more direct communication.