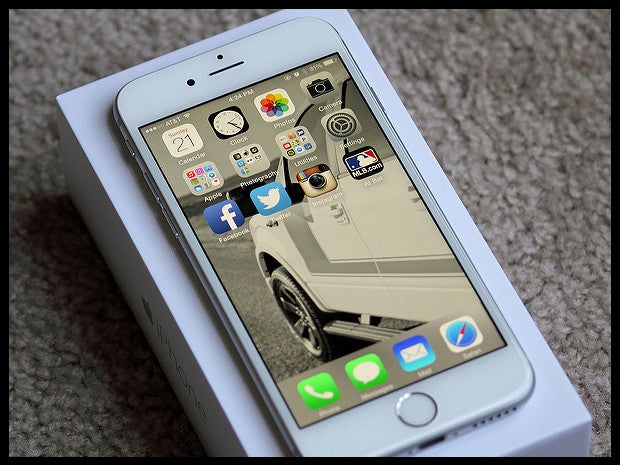 Intel has missed out on the iPhone party until now, ceding big business to other chip makers in the process. But that could be about to change.

Apple will use modems from Intel in some models of its next smartphone, replacing chips from Qualcomm, according a Bloomberg report Friday. An Intel modem will go into iPhones for the AT&T Wireless network in the U.S. and in some international versions, the report says.

If true, it would be a big win for Intel, especially after its decision to cancel its upcoming Atom chips for phones. Intel has kept its modem business alive, in part because it hopes to capitalize on the upcoming move to 5G networks.

Chips from Qualcomm will still be used in iPhones for the Verizon Wireless network and in handsets sold in China, according to Bloomberg, which cited unnamed sources. Qualcomm supplies all the main modem components for iPhones sold today.

The next iPhone, expected to be called the iPhone 7, is due this fall.

It won’t be the first time a major phone maker has used different chips in different regions. In the U.S., Samsung’s Galaxy S7 uses Qualcomm’s Snapdragon 820, which has an integrated modem, while in Europe and Asia it uses its homegrown Exynos chips.

One factor in Apple’s decision could be that it likes to use multiple suppliers, meaning it’s not at the mercy of one vendor if it decides to raise prices, said Jim McGregor, principal analyst at Tirias Research. Intel may also have offered discounts to Apple, he said. It did something similar with tablet chips used in Android devices, though with mixed success.

Carriers sometimes have a say in the technology used in handsets on their network, and Verizon may have insisted on the continued use of Qualcomm parts of it thinks the technology is a better fit, McGregor said.

But modem performance may not make a big difference, given that carriers sometimes throttle network speeds.

By working with both Qualcomm and Intel, Apple will be best positioned to switch to 5G as soon as either company is ready to deliver.

For Apple, choosing a new modem could mean design changes and getting its phones requalified for networks in multiple countries, making it no small decision, said Nathan Brookwood, principal analyst at Insight 64.

It didn’t have many alternative suppliers to choose from. Qualcomm and Intel lead the market, with Mediatek’s technology lagging behind.

By working with both Qualcomm and Intel, Apple will be best positioned to switch to 5G as soon as either company is ready to deliver, Brookwood said. 5G will bring speed improvements as well as better support for the Internet of Things and smart home devices.

Apple may also be looking to use carrier aggregation, which can greatly boost wireless network speeds.

Eventually, Apple may create its own modem chip to integrate with its A-series processors, much as Samsung does today. That can help boost performance and extend battery life, but raises challenges when the combined chip has to be qualified for networks worldwide.