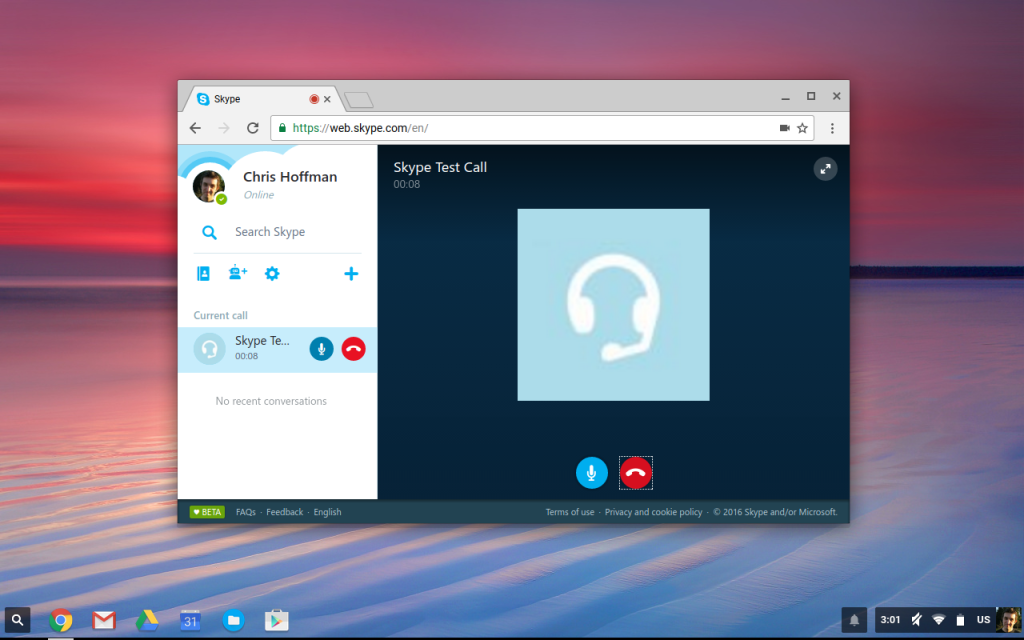 This feature should “just work.” Head to the Skype for Web website, sign in with your Skype account, and click the voice call button for one of your Skype contacts. Chrome will ask if you want to share your microphone with Skype. Agree and the call will happen normally, just like it would via the Skype client application on a desktop PC or phone. It now uses standards-based web technologies instead of the plugin it initially required on Windows.

This new feature is a boon to Chromebook users who place Skype calls and Linux users who are sick of Microsoft’s crumbling Skype for Linux application.

Chromebook users already have another way to run Skype on their Chromebooks. They can install the Skype Android app. Unfortunately, Android app support is currently in beta and will initially be limited to a small number of Chromebooks.

If you really want video calls on Chrome OS and can’t wait, you can still install the Skype Android app via Google’s ARC Welder application. This makes use of Google’s previous Android-on-Chrome technology, and it doesn’t work as well as the new Android app support. However, you can use ARC Welder on any Chromebook today without installing developer builds of Chrome OS.