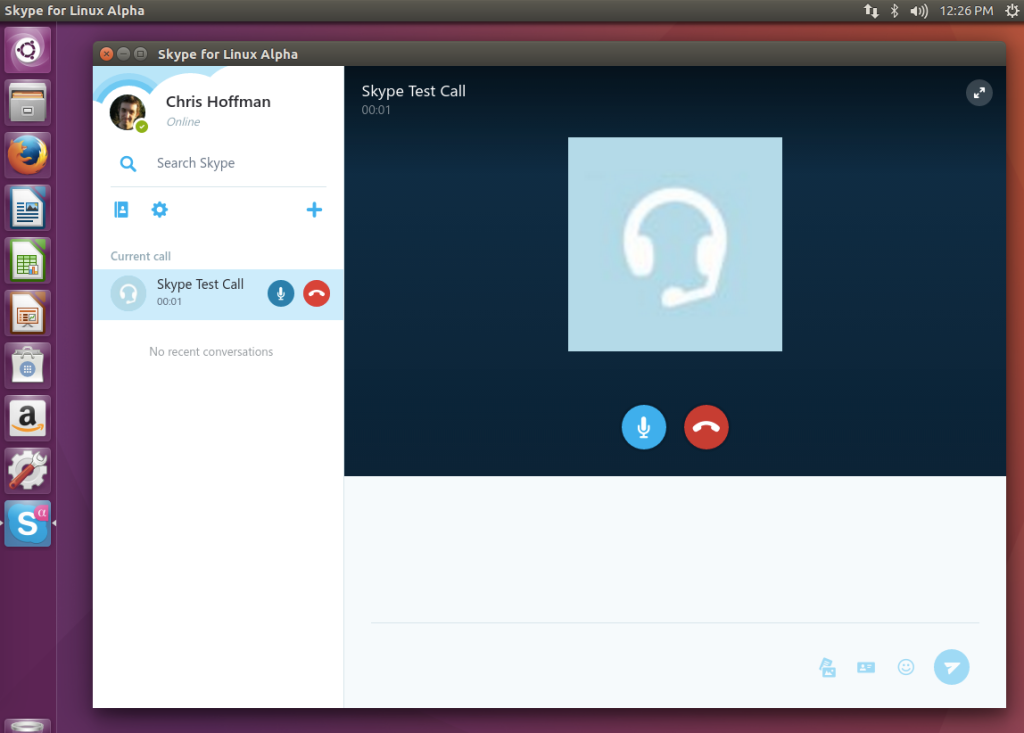 Skype for Linux Alpha is based on the Skype for Web website, which Chromebook users can now use for voice calls. It works in web browsers on Linux, too.

However, Microsoft isn’t just shrugging its shoulders and telling Linux users to load up the website. Instead, they’re building a sort of native application wrapper around the website to make it a first-class desktop application.

The main new feature at the moment is a more modern interface. There are actually a variety of missing features over the previous Skype for Linux application, which Microsoft is working on adding. These improvements will also benefit Skype for Web for Chromebook users.

Video calls should hopefully arrive within a few weeks. They’ll then work on the web application for Chromebook users, too.

Skype’s website includes a page with more information about available features. Aside from video calling, Skype for Linux Alpha currently doesn’t support calling telephone numbers, sending SMS messages, buying Skype credit, adding new people to an existing call, or changing audio device settings. These are all features that the current Skype for Linux application supports, and they should hopefully be implemented within a few months—after all, this is an alpha release.

The new Skype for Linux Alpha also supports “new emoticons packs,” the one feature the list indicates is only available in the new application. That’s underselling it a bit, though—the Skype for Linux Alpha features a much more modern, smoother interface with support for easy file-sharing and other features.

As it’s based on the current web application, the Skype for Linux Alpha only allows you to access 30 days of conversation history, which is what’s stored on Skype’s servers. The developers indicate they’re working on a way to store conversation history for longer.

Over time, the new Skype for Linux Alpha application should become a superior option to the older Skype client. Yes, it may continue to lack some powerful features, but having a modern application where the basics actually work—a client Microsoft is actually actively developing instead of leaving to rot—will be a huge improvement.