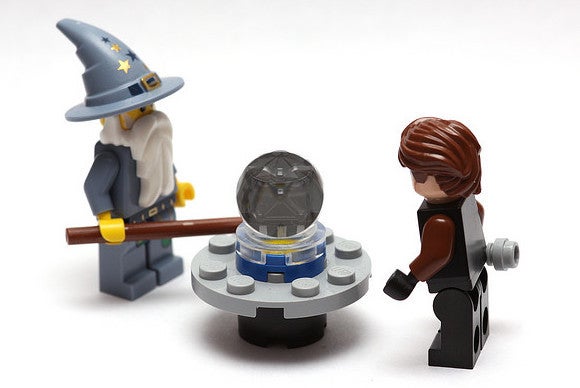 For Back to the Future fans, the real 2015 was a bit of a disappointment. No hoverboards. No flying cars. The Cubs didn’t win the World Series. And shockingly enough, wearing two ties somehow didn’t become fashionable. Huh.

2016 may not fulfill those 1980s fantasies either, but the folks working in Microsoft’s research labs think it may still offer up some interesting technological advancements. The company published 16 predictions of what advancements Microsoft Research employees expect to see next year, as well as a look ahead to ten years from now. Their predictions are pretty far-reaching, from new processor tech to more ethical big data. Here are some highlights.

The Internet overtakes TV: Hsiao-Wuen Hon, the corporate vice president for Microsoft Research Asia, expects online video distribution to “overtake TV broadcast in 2016, and that “more people in China will watch the Olympics through the Web than through TV.” In other words, now might be a good time for TV broadcasters to stop fighting against cord-cutting and to truly embrace the Internet-connected future of entertainment.

The stylus comes of age: Principal Researcher Bill Buxton expects to see pen-based computing come into its own in 2016. This prediction seems reasonable enough, especially considering the fact that Apple has added stylus support to the iPad line with the Apple Pencil and the iPad Pro.

Planned obsolesce is so last year: Buxton also foresees a shift in consumer priorities when it comes to tech: “The age of digital baubles, do-dads and planned obsolescence will begin to fade, and the focus of industry and consumers will shift from technology, per se, to enhanced human experience, values, and potential.”

Brand new processor types: Chris Bishop of Microsoft Research’s Cambridge, UK outfit predicts a whole new class of microprocessors “that are tuned to the intensive workloads of machine learning, offering a major performance boost over GPUs.” But will they run Crysis?

Ethics in big data becomes a big deal: The privacy implications of data collection is an ongoing topic of debate, and according to Principal Researcher Kate Crawford, 2016 will be an ethical tipping point of sorts. She expects to see data science programs adopt data ethics curriculums in order to better understand “the human implications of large-scale data collection and experimentation.” It’s about time.

Hop on over to Microsoft’s website and give the full post a read. Only time will tell which of these, if any, will come true, but Microsoft Research’s predictions make for an interesting read if you’re into these sorts of prognostications.