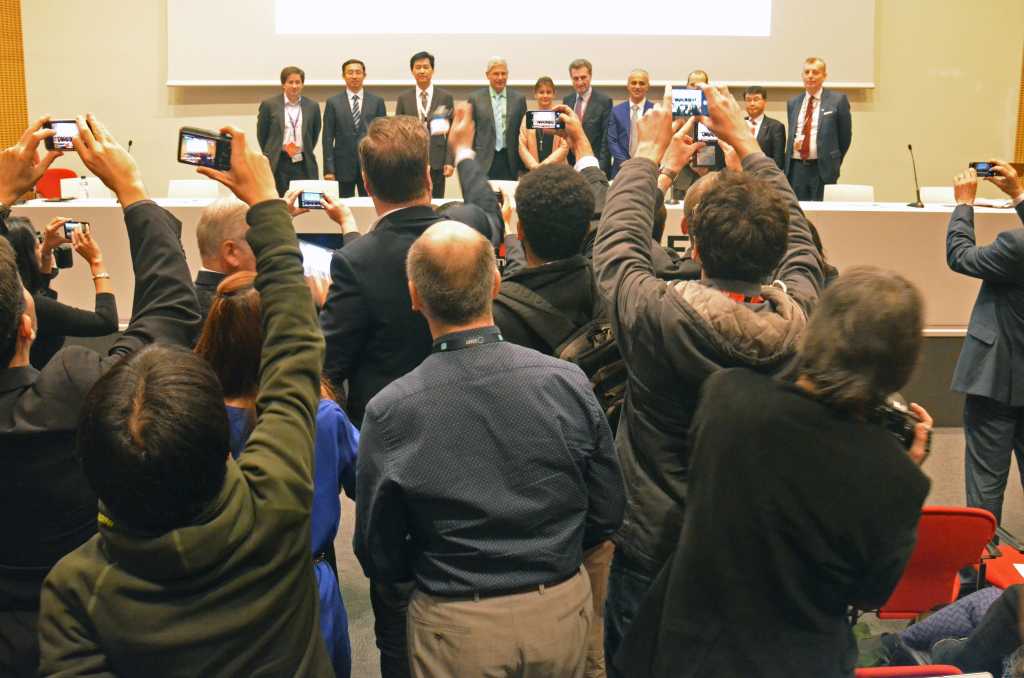 The much-anticipated 5G mobile standard won’t be finished until 2020, but the people who’ll make it happen were busy throughout 2015 trying to define it.

One thing that’s clear already is that 5G won’t be like 4G. Rather than just making phones and tablets faster, the next generation of mobile technology will be asked to serve many uses, each with different requirements.

This was a year for sorting through those demands.

“A lot of progress has been made,” said Tolaga Research analyst Phil Marshall. “Effectively, we’re trying to find the right set of technologies to use.”

While the needs are abundant, the choice of possible ways to meet them is also wider than ever. Ultra-high frequencies that until recently were considered impossible to use for mobile services could deliver much higher speeds. Emerging systems that can send data across the network in a trickle may let Internet of Things devices last years on tiny batteries. And researchers are working on reducing delays so messages we need for tasks like driving can be delivered on time.

Rest assured that 5G will be faster than 4G. This year, everyone had something different to say about how much faster. Ericsson said it had achieved 5Gbps on a testbed for 5G, surpassing the fastest LTE networks by about 50 times. Samsung demonstrated potential 5G technologies running at 7.5Gbps and got a stable 1.2Gbps signal to a minivan traveling at highway speed. The European Commission’s 5G Public-Private Partnership set a goal for the new standard of 100 times faster than 4G, and Japanese carrier NTT DoCoMo said it planned to achieve that kind of speed (10Gbps) in partnership with vendors including Ericsson, Alcatel-Lucent, Nokia and Samsung.

But making mobile faster will take more than better radios and antennae. Operators will also need more spectrum, which will bring government decision-making into the mix. The U.S. Federal Communications Commission started down the path to opening up some promising new bands this year, recognizing that process could take a long time.

Faster, by itself, won’t be enough for 5G. It needs to go slower, too. It will have to connect the growing Internet of Things, where devices like sensors and meters won’t have much data to send but will have to fit in tight spaces and last longer on batteries. Dedicated narrowband networks for IoT gained ground in 2015, and the developers of 5G want to make sure the future standard can play, too.

That calls for new options on radio networks but also new ways of sharing those networks, Tolaga’s Marshall said. Subscribers use mobile broadband services in a pretty consistent way, while many IoT devices like sensors send bursts of traffic that aren’t always urgent. It takes a lot of overhead to make all those uses share a network, so 5G may include a special way to handle bursty traffic that’s more like the way Wi-Fi works, he said.

It’s also becoming more obvious that 5G will have to connect things like self-driving cars and augmented-reality headsets. Those need data to arrive right on time. For one thing, 4G can’t get below 10 milliseconds of latency, so that will have to change. Marshall said. But the next standard may also mean a whole new network architecture with less information in centralized data centers and more spread around its edges, including in devices, he said.

For example, if a cluster of cars going down a highway needs information about each other to keep from colliding, a conventional network can’t handle it if there are more than two cars, he said. At that point, delays in getting to a central cloud are too long, so the data has to stay local. “The cloud … has to be embedded in the car,” Marshall said.

Needs and possible solutions got clearer this year, but 5G development is far from done. Next, those crafting the standard will have to decide what goes into the first release of 5G and what will have to wait for later updates. They won’t finish hashing that out in 2016, Marshall said.

Still, everyone wants to be out in front of 5G development and deployment, and 2015 saw a lot of jockeying for position.

Just like 3G and 4G, the 5G specification will be drawn up by the 3GPP (Third-Generation Partnership Project) and approved by the International Telecommunication Union. But vendors and policymakers want to influence the standard. In October, several large regional groups agreed to hold meetings every six months to build consensus on what should go into 5G. That followed a similar agreement-to-agree in September between China and the European Union.

Even with the standard still about five years away, 2015 was a good year for promises of the first 5G network. NTT DoCoMo said it would roll out the first commercial system ahead of the 2020 Summer Olympics in Tokyo. South Korea’s KT Telecom said it would have one in 2018 for that country’s Winter Olympics. Verizon Wireless went one better, claiming it would start field trials of 5G in 2016, leaving some observers to ask exactly what kind of 5G that might be.

But there was at least one concrete sign of progress on 5G this year. In June, the ITU settled on an official name for it: IMT-2020. Unfortunately, about all that tells us is that it’s not here yet.