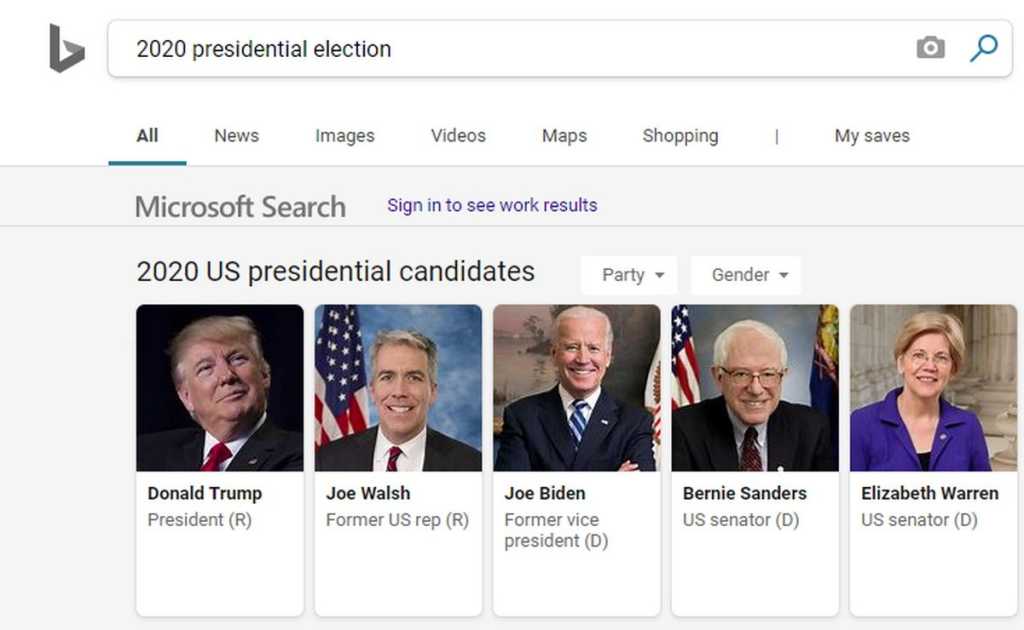 In March, Microsoft said it would use its Bing technology to predict the outcome of the 2016 presidential election. On February 1, Microsoft said that Donald Trump would win the first four primaries by an even wider amount than before.

Microsoft said it used data from polls, prediction markets, and anonymized and aggregated search-engine queries to predict its results—some of the methods that it’s used to predict the outcomes of everything from “American Idol” to the World Cup. It isn’t always right: Bing never predicted the Denver Broncos to play the New England Patriots in the NFL playoffs, let alone beat the New England Patriots—Bing’s erroneous pick to win the Super Bowl.

Why this matters: Microsoft routinely shows off Bing’s skills by mining Internet data for predictions on sports and entertainment, politics, and more. The Super Bowl, however, is a sporting event, retaining an element of unpredictability. Award shows are where Microsoft can sink its hooks deep into social sentiment and fish out winners: It correctly called the 2015 Academy Awards, for instance. Elections, where poll follows poll follows poll, are another wealth of data that Microsoft can tap. Microsoft correctly called the “No” vote on the referendum for Scotland to secede from Great Britain, and also accurately predicted the outcome of more than 95 percent of the 2014 U.S. midterm elections.

How the numbers break down

As it has in the past, Microsoft will post the results on its Bing Elections site, where it tracks the candidates, upcoming events, its predictions, and the issues. Bing’s site breaks down each candidate by their position on the issues, how the candidate has fared on Twitter or Bing by number of queries, and, finally, provides a general biographical overview complete with funding numbers.

Microsoft said that its live predictions will be showcased beginning on Feb. 1. But Microsoft released its primary predictions today, as outlined in a blog post. And they’re not set in stone; they will, obviously, fluctuate, over time. However, are Bing’s first predictions (with all percentages supplied by Bing):

The original Jan. 26 predictions are below.

Editor’s Note: This story was updated at on Feb. 1 to show adjusted shares of the vote, as estimated by Bing.