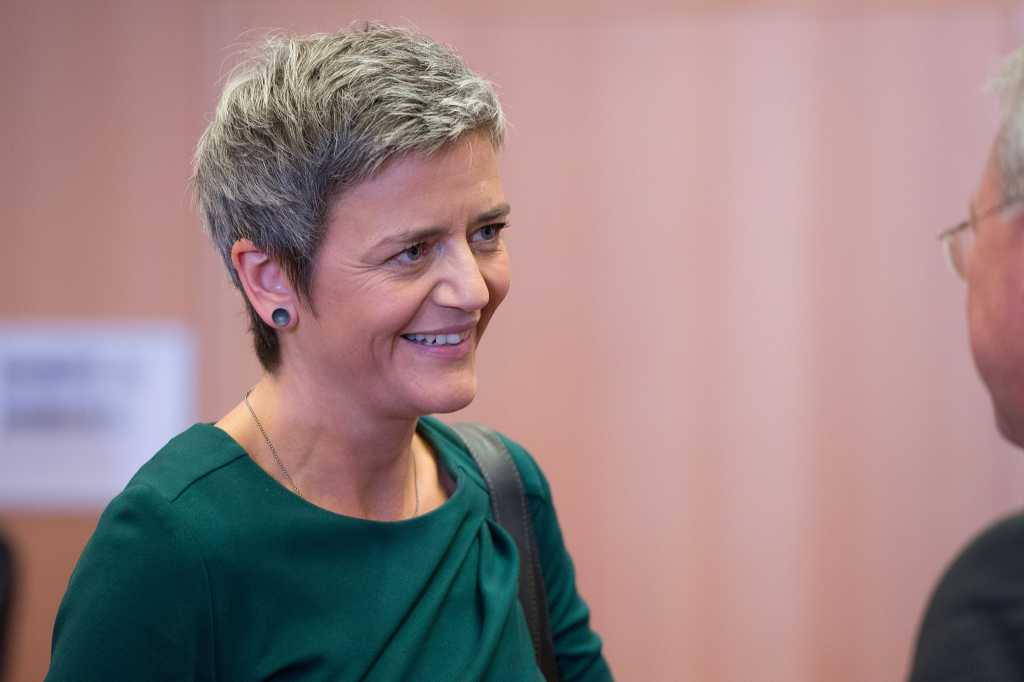 The European Union’s top antitrust regulator is looking for an excuse to investigate Google’s controversial deal with U.K. tax authorities — and a Scottish legislator is ready to give her one.

Google’s dominance of the search and online advertising market has brought it plenty of attention from the European Commission’s competition directorate, but the company has until now avoided becoming embroiled in the Commission’s investigation into the way companies move their profits to the countries that will offer them the lowest tax rates.

That investigation has so far focused on Apple, Amazon.com and a handful of companies outside the IT industry.

The Commission is looking closely at the special tax deals European states have offered some companies to see whether they have anticompetitive effects.

“Just as it is illegal to give a selective advantage to a company in the form of a benefit, a grant, it is as illegal to give a selective benefit by saying you don’t have to pay your taxes,” Competition Commissioner Margrethe Vestager told BBC Radio 4’s Today program on Thursday. “If one company doesn’t pay taxes, obviously this company has a stronger position in that competition.”

Last week, Google U.K. agreed to pay £130 million (US$186 million) in back taxes following an audit by U.K. tax authority Her Majesty’s Revenue and Customs of the company’s accounts going back to 2005.

While that will significantly increase Google’s U.K. tax payments for the period in question, critics have suggested that the company ought to have paid as much as six times more, and want to know why the company was offered such a “cosy” deal.

The U.K. Parliament’s Public Accounts Committee has since opened a new inquiry into corporate tax deals and scheduled its first hearing for Feb. 11.

“The Public Accounts Committee will be calling in HMRC and Google to explain,” committee chairwoman and Member of Parliament Meg Hillier said Thursday.

Vestager, asked about the “sweetheart deal” offered to Google, said she didn’t know the details of the deal, but added: “If we find there is something to be concerned about, if someone writes to us and says this is maybe not as it should be, then we will take a look.”

It seems that another Member of Parliament, Stewart Hosie, has the matter in hand. He has already written to Vestager calling for an investigation into Google’s U.K. tax settlement.

The settlement “did not disclose the methodology for the calculation of Google’s tax liability, and I am concerned that it has been described widely by tax specialists in the UK as ‘opaque’,” he wrote.

Hosie’s letter has reached the Commission, which will look into the matters it raised, a spokeswoman said, adding that this does not necessarily mean it will open a formal investigation.

Beyond the questions about Google, Vestager is concerned about the wider problem of companies getting special tax deals.

“I think it’s unfair, and sometimes it’s also illegal state aid. I think we should be in a union where everyone has a fair chance of making it. If you’re a small, innovative company the bigger ones shouldn’t close the market and disable your opportunity to find customers,” she told the BBC.

On Thursday morning the Commission presented a new plan to prevent corporate tax avoidance, calling on EU member states to share tax-related information on multinational companies and to introduce legally binding measures to block the most common methods companies use to avoid paying tax.

“Hopefully we will end up in a situation where companies pay taxes in the countries where they make their profits. These new proposals will take us another step down that road,” Vestager said.