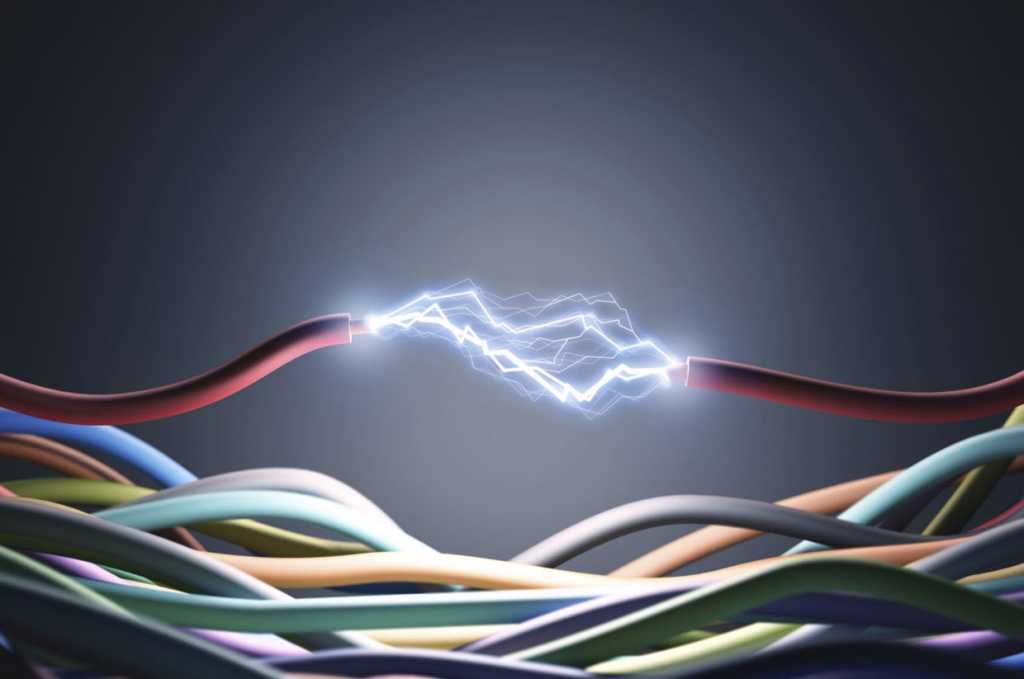 When Wi-Fi alone can’t manage your streaming-media needs, a network using your home’s electrical wiring can often help. HomePlug AV2 MIMO powerline networks—the latest and fastest version of the HomePlug standard—are fast and easy to set up: You simply plug one adapter into a free power outlet near your router (and connect it to your router with an ethernet cable), and then you plug other powerline adapters into power outlets near the devices you want to add to your network.

To truly shine, your HomePlug network might need some tweaks, which can be as simple as moving electronics and/or adapters to different outlets. We’ll go over some of the common issues that can slow down performance, and show you how you can fix them.

Powerline networks work by converting data into radio waves of different frequencies and amplitudes that are different from the waves that transmit power. The signals move together over your home’s electrical wiring, and a powerline adapter filters out and decode the ones carrying data.

Surge protectors and UPS’s (uninterruptible power supplies, which are designed to kick in with emergency battery power if there’s an outage) interpret the data signals as noise and will try to filter them out in order to deliver “clean” power. This can seriously degrade or completely wipe out a powerline network. To prevent this from happening, the documentation for most powerline network equipment typically urges you to plug HomePlug adapters directly into wall outlets.

Monster markets a line of surge suppressors that incorporate powerline-networking features; unfortunately, Monster uses a proprietary standard that’s not compatible with—and is much slower than—HomePlug. The best strategy: Plug your HomePlug adapters directly into the wall.

By the way, don’t worry about lack of surge protection for the HomePlug adapters themselves. Since they are designed for use on both our AC 110-120 circuits and the more powerful DC 220 circuits that are common overseas, it’s unlikely that a surge beyond 110-120 will cause damage.

Avoid sharing an outlet with a cell-phone charger

Any device that draws electric power can create noise that might make it tougher for a HomePlug adapter to filter out data signals. Plugging a phone charger (or anything else that’s constantly drawing power) into same receptacle that a HomePlug adapter is using can degrade network performance. The good news is that distance attenuates the impact of the noise; moving the charger to a receptacle that’s several feet away might improve performance. Fluorescent light fixtures also inject noise into powerlines and should be plugged in as far you’re your HomePlug adapters as possible. The same goes for electric appliances with motors, such as vacuum cleaners.

Because network devices typically require electrical connections of their own, you can run out of convenient outlets pretty quickly when setting up a HomePlug network. A number of vendors have addressed this issue by adding pass-through ports to their HomePlug adapters. These adapters identify and filter out the data signal, then allow the power signal to pass through to a conventional electrical port on the outward-facing side—effectively preserving the outlet that would otherwise be dedicated solely to powerline networking. The added benefit is that the adapter’s filtering technology acts as a surge protector, effectively cleaning the electrical signal that passes through to the outlet.

AFCI (arc-fault circuit interrupter) and GFCI (ground-fault circuit interrupter) equipment includes safety technology that will shut down electrical circuits when it detects certain potentially dangerous conditions. Arc faults are unintentional electrical discharges that can cause fires in wood, insulation, or other materials surrounding the circuit. Ground faults occur when an electrical charge strays outside its normal path, and GFCI outlets are most commonly installed in kitchens, bathrooms, and laundry rooms where water might cause a ground fault.

For network-troubleshooting purposes, the middle LED (often identified by an icon that looks like a little house) is the most useful. If it’s not green, and the network is up and running elsewhere, there’s probably some sort of issue preventing a good network connection. Try moving the adapter to a different outlet.

A HomePlug network depends on signals that go through the same electrical circuits, which is the situation in most homes. But there are exceptions. If for some reason you have two electrical meters in your home—perhaps several years ago part of the dwelling was set up as a rental unit—chances are you have two sets of circuits that don’t talk to each other. In that case you might be better off using a Wi-Fi access point to service areas that aren’t wired to your main HomePlug network.

Buy from one vendor, based on the same chipset

We’ve found in our tests of numerous HomePlug AV2 MIMO equipment (the latest and fastest version of the HomePlug standard) that performance on networks using products from different vendors is unacceptably poor, thanks to differences in chipset design from the two major providers in the US, Broadcom and Qualcomm Atheros. Check for firmware updates that might address this issue; but more importantly, make sure you’re using adapters based on the same chipsets.