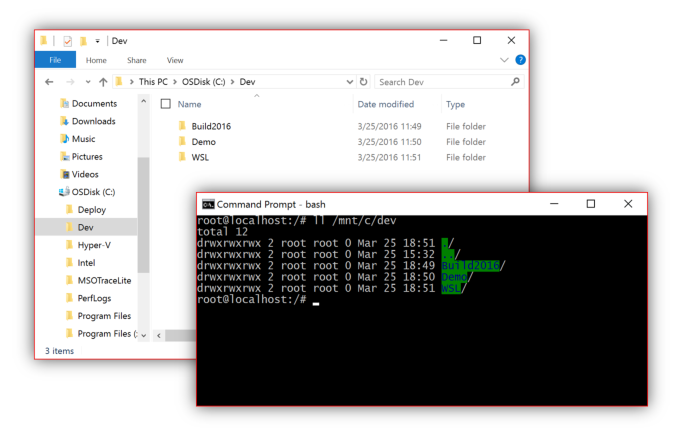 Breaking down the command reveals why it’s so deadly:

So if you enter the command on a Linux system, boom! Everything’s deleted. (Though to be fair, many Linux systems issue a warning before executing rm -rf / these days.)

Naturally, it’s one of the first things people tried with Windows 10’s Bash implementation—hopefully inside a virtual machine. But it wouldn’t have mattered because running the command doesn’t fry your system, as Petri first reported (though it does fry Bash).

You can coax Windows 10’s Bash shell into running the command, according to Microsoft’s Scott Hanselman, but it involves jumping through some additional hoops. And if you do that, well, Hanselman sums it up:

@CarmenCrincoli @DrPizza @bdsams and then it’s just on you to not be silly. RD /s on CMD and rm -f in bash is usually silly.

If you’re looking for more productive ways to use Bash, be sure to check out the 12 commands every Linux newbie should learn.