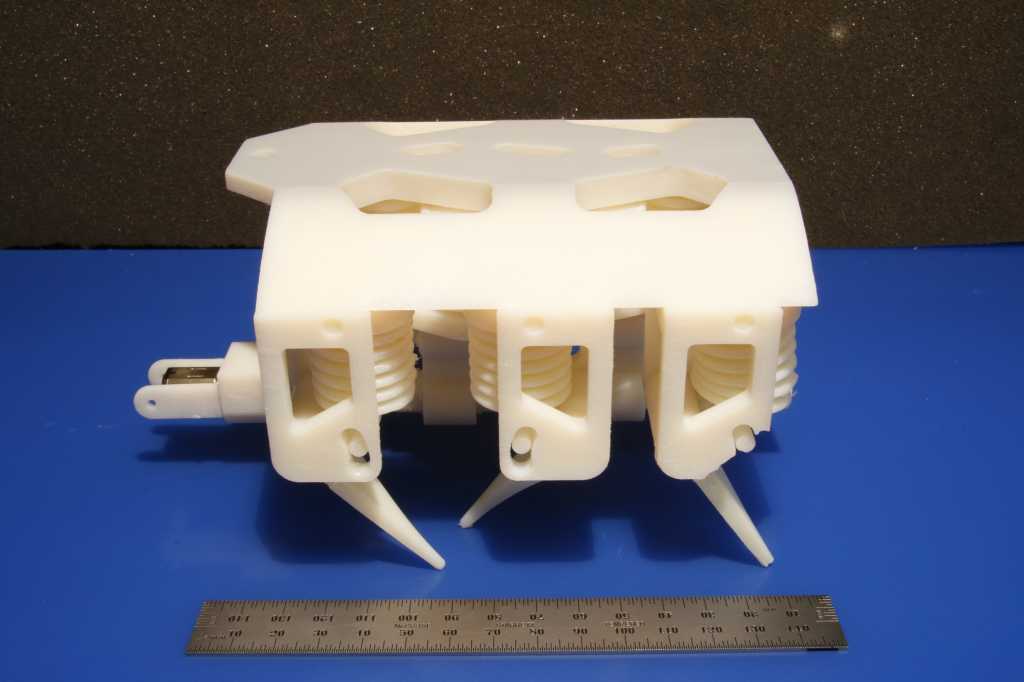 Imagine you could use a standard 3D printer to create your next robotic assistant. Just snap in a motor and battery, and it’s ready to go.

That’s precisely the scenario made possible by a new 3D printing technique developed at MIT.

Liquids have long been a challenge for 3D printing, and they’re necessary for hydraulic devices like moving robots. On Wednesday, researchers at MIT’s Computer Science and Artificial Intelligence Laboratory (CSAIL) announced what they call the first-ever technique for 3D printing robots that can print solid and liquid materials at the same time.

“Our approach, which we call ‘printable hydraulics,’ is a step towards the rapid fabrication of functional machines,” said CSAIL Director Daniela Rus, who oversaw the project and co-wrote a paper describing the results. “All you have to do is stick in a battery and motor, and you have a robot that can practically walk right out of the printer.”

The paper will be presented next month at the 2016 IEEE International Conference on Robotics and Automation (ICRA) in Sweden.

Most approaches to printing liquids have required additional post-printing steps such as manual cleaning, making the liquid step tricky to include in factory-scale manufacturing. With the new technique, an inkjet printer deposits individual droplets of material that are each 20 to 30 microns in diameter — less than half the width of a human hair. The printer deposits different materials layer by layer and then uses high-intensity UV light to solidify the non-liquid portions.

“Inkjet printing lets us have eight different print heads deposit different materials adjacent to one another, all at the same time,” said MIT postdoc Robert MacCurdy, a coauthor on the project. “It gives us very fine control of material placement, which is what allows us to print complex, pre-filled fluidic channels.”

To demonstrate the concept, the researchers printed a six-legged robot that can crawl using 12 hydraulic pumps embedded within its body. It weighs about 1.5 pounds (680 grams) and is less than 6 inches (15 centimeters) long. A single DC motor spins a crankshaft that pumps fluid to the robot’s legs. Aside from its motor and power supply, every component is printed in a single step, with no assembly required.

With modifications, even existing multi-material 3D printers could use this technique, the researchers say.

The technique allows for a customizable design template to create robots of different sizes, shapes and functions. Potential applications could include disaster relief in dangerous environments.

“If you have a crawling robot that you want to have step over something larger, you can tweak the design in a matter of minutes,” MacCurdy said. “In the future, the system will hardly need any human input at all; you can just press a few buttons, and it will automatically make the changes.”