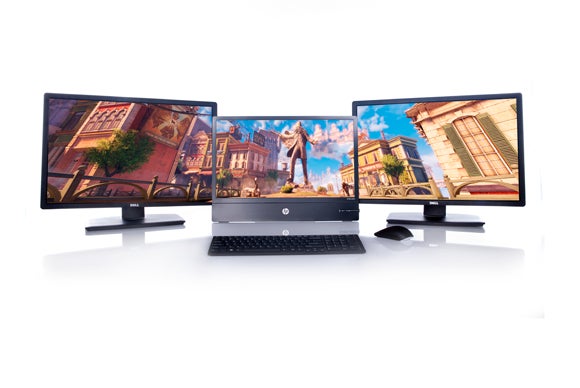 Nvidia may soon be the odd company out when it comes to adaptive refresh rates. Intel is apparently looking to add the Video Electronic Standards Association’s (VESA) DisplayPort Adaptive-Sync technology to future integrated graphics products.

Intel fellow and chief graphics software architect David Blythe recently told Tech Report that the company does plan to support Adaptive-Sync in the future. In other words, future integrated Intel GPUs should work with FreeSync-branded displays to provide a more stutter-free gaming experience.

If you’ve never heard of adaptive refresh rates, it’s the latest trend in graphics cards and is a bit of an ongoing mini-war between AMD and Nvidia. Variable refresh rate technology allows monitors and graphics cards to sync their refresh rates over a DisplayPort connection in order to reduce visual problems like screen tearing and stuttering. It’s simply wondrous in action, making games buttery smooth.

The Adaptive-Sync standard is what AMD’s FreeSync is built upon, although AMD uses its own Catalyst drivers on the software side. Nvidia’s G-Sync, meanwhile, relies on a proprietary hardware module inside displays, which gives Nvidia more direct control over the technology—and adds to the display cost.

Because they are two different technologies, monitors will support one technology but not the other. Thus gamers must choose carefully when buying a new monitor to make sure they get the right technology for their graphics card.

There’s no word on when Intel would bring Adaptive-Sync to its product line, but a source told Tech Report that it is unlikely to become available with Intel’s new Skylake processors. Intel made no mention of supporting Adaptive-Sync when it dished Skylake details earlier this week during IDF, the company’s developer conference.

Why this matters: When it comes to graphics cards, AMD and Nvidia are the only names that really matter. Integrated graphics are another story, however, since all Intel-based laptops come with the company’s integrated graphics. That means Intel ends up with a massive user base when it comes to graphics—just not with hardcore gamers and others requiring more powerful GPUs. Whether Intel can make an impact on the FreeSync vs. G-Sync war is far from clear, but with displays being such long-term purchases, it’d be wonderful to see the graphics industry settle on a single standard for variable refresh rate technology.