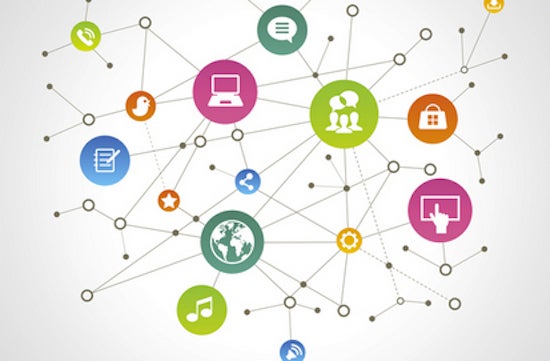 While mobile operators often claim bragging rights to the fastest smartphone connections, another rivalry is heating up around networks that aren’t fast at all: Their claim to fame is that they don’t suck up power.

On Friday, Intel said it would work with cellular heavyweights Ericsson and Nokia to commercialize NB-LTE (Narrow-Band LTE), a variant of the latest cellular technology that uses a small amount of radio spectrum to efficiently carry small amounts of data. Also this week, low-power network specialist Ingenu said it would build a network across the U.S. within two years.

Those are just two of the systems being promoted as the perfect glue to connect the burgeoning Internet of Things. They’re vying to become the network of choice for electric meters, street lamps, pipelines and other infrastructure. By 2020, nearly 1.5 million devices will be connected to LPWA (low-power wide area) networks, Machina Research estimates. LPWA will cut the cost of IoT and make it useful for more things, Machina analyst Godfrey Chua said.

Many IoT devices still use 2G cellular networks, which carriers are gradually winding down. NB-LTE is one way to bring those clients, and many more now emerging, onto the current generation of cells.

Intel says it has a roadmap for NB-LTE chipsets to support a commercial rollout of the technology beginning next year. Nokia and Ericsson will provide the necessary upgrades to carrier networks.

NB-LTE will let current service providers use existing networks to connect IoT devices, the companies said. But there are other approaches to IoT both within and outside the LTE world. Huawei Technologies is promoting a system called Cellular IoT, the LoRa Alliance industry group backs an non-LTE technology that’s been adopted by some carriers, and startup SigFox has deployed an LPWA system across France and is now going after the U.S. market.

Ingenu is a rebranding of On-Ramp Wireless, which was known for building private LPWA networks for municipalities and companies in fields like utilities and oil and gas. Its new network will be public, meaning any company or government agency that wants to use it can sign up. Ingenu will let customers pay for service in a variety of ways.

Ingenu’s network, running on unlicensed spectrum, will top out at just 600Kbps (bits per second) downstream and 100Kbps upstream, a small fraction of what LTE delivers. But it’s far faster than SigFox (about 500 bits per second in the U.S.) and will be able to serve more than 90 percent of IoT devices, Horn said.

Thanks in part to patented technologies, the network can cover as much as 200 square miles from one tower, Horn said. That will make it faster and cheaper to build than a traditional cellular network.

Ingenu says it can give enterprises more assurance with its network because it’s based on Ingenu’s own technology and built specifically for IoT. The idea is that just as carriers are phasing out 2G now, they’ll phase out 3G in a few years and eventually will replace LTE with 5G to serve speed-hungry smartphone users. IoT operates on a different time frame from the cellular business, with devices set up in the field for as long as a decade between hardware upgrades or battery replacements.

As an IoT specialist, Ingenu may look like a better bet to some enterprises, Machina’s Chua said. But that bet will only pay off if Ingenu and its still-nascent network is still in business in 10 years. The big carriers, on the other hand, are pretty sure to be around a while.

In the long run, the competition in LPWA networks is good news for enterprises that need better and cheaper IoT, Chua said. “The space is getting crowded, but crowded is good, because that’s what pushes innovation along.”