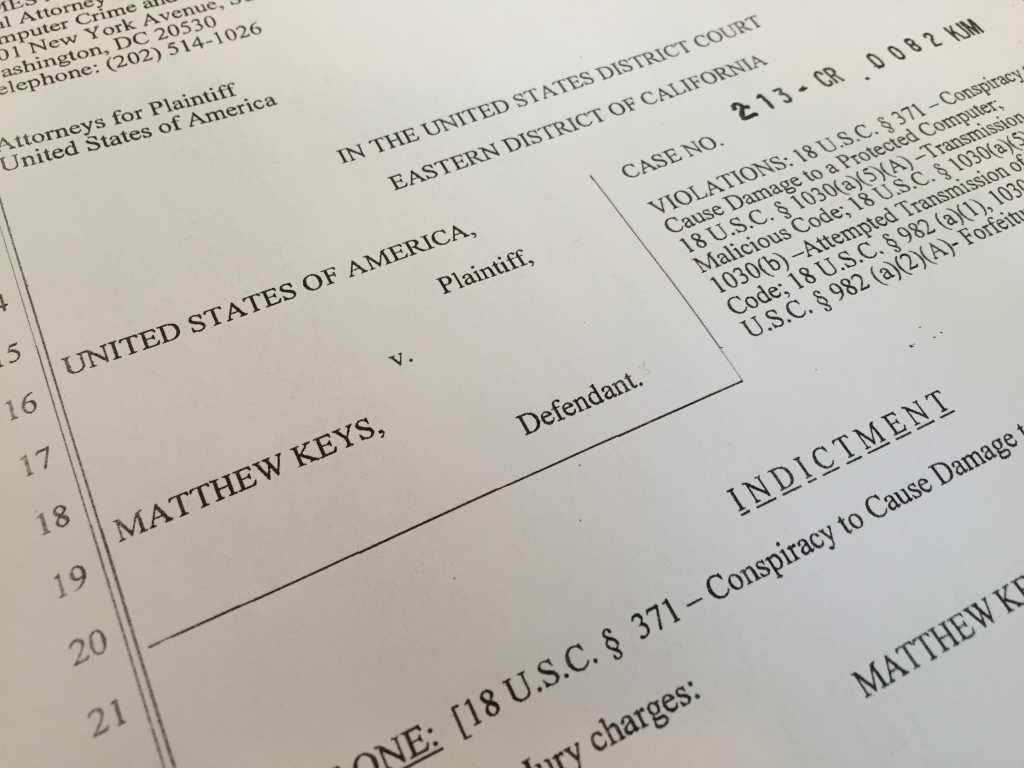 A journalist accused of helping a rogue hacking group briefly take control of the LA Times’ website was convicted by a federal jury in California on Wednesday.

Matthew Keys, 28, of Vacaville, California, was convicted of conspiracy to make unauthorized changes to a computer, transmitting malicious code and attempted transmission of malicious code, according to the Department of Justice.

One of Keys’ attorneys, Jay Leiderman, wrote on Twitter that “we’ll proceed forward to sentencing and look forward to appealing this verdict.”

The case against Keys has drawn wide attention, in part for his later employment as a social media editor for Reuters. The company fired him in April 2013 shortly after he was indicted.

Before Reuters, Keys worked for KTXL Fox 40, a Sacramento-based broadcaster owned by the Tribune Company. After he was terminated from the company, Keys began communicating with members of Anonymous, a now largely disbanded group notable for its high-profile hacks in 2010 and 2011.

Keys was accused of passing login credentials in early December 2010 to an Anonymous member that eventually enabled access to a content management system used by the LA Times, according to the indictment.

A news story on the Times’ website was subsequently altered, although system administrators quickly detected the changes.

In a later response on Twitter directed at a Vice journalist, Snowden wrote, “I’m not sure any quantity of years is going to sound appropriate for a crime whose impact was measured in minutes.”