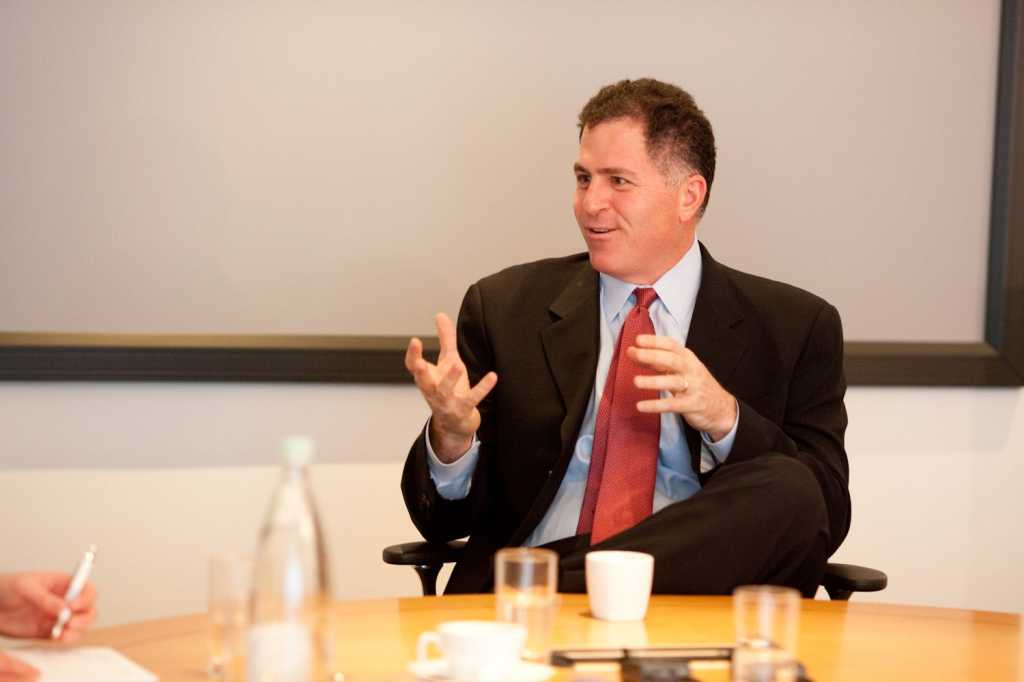 Dell has agreed to acquire EMC in a cash-and-shares deal valuing the company at US$67 billion, the companies announced Monday.

Michael Dell will become chairman and CEO of the merged company.

Under the terms of the deal, EMC shareholders will receive cash and shares in a VMware tracking stock. VMware will continue to operate as an independent company under Pat Gelsinger.

EMC CEO Joe Tucci, who will step down when the deal closes around the middle of next year, said he expected the company’s Pivotal subsidiary to be floated as a public company in the near term.

But Dell plans to take a greater economic interest in VMware, buying back shares in it over time, Gelsinger said in a conference call with analysts on Monday morning.

Dell stands to benefit from a number of synergies with EMC, Tucci said: “It’s pretty amazing how many companies Dell is the number one reseller for, and it’s also amazing how many of those technologies our products can substitute for.”

“The revenue synergies are three times as big as the cost synergies. That’s what this transaction is all about,” he added.

In the case of VMware, those revenue synergies could involve substituting Dell networking products for those of Cisco Systems, VMware’s current networking partner.

But, Gelsinger said, VMware expects to continue to work with Cisco on Vblocks and other VCI options. “As we move to hyperconverged prodcuts we can use more of the Dell technology, … but for the networking products we intend to stay with Cisco for the time being.”

The deal will combine the world’s biggest enterprise storage vendor with one of the largest server makers, forming a company that can serve a broad range of enterprise needs. It will take Dell’s storage portfolio upmarket and help to resolve organizational issues vexing EMC.

Dell has spent years trying to make the leap from PCs and small and medium-sized businesses to a full set of components for large enterprises. The alternatives are familiar names like IBM and Hewlett-Packard, while Cisco Systems, EMC and Oracle have also been shooting for big-time cloud deployments.

Both Dell and EMC have had to put time and energy into defining their businesses in recent years even as the enterprise IT industry has changed rapidly around them. Dell conducted a long campaign go private, which it finally did in 2013, and EMC has defended its unusual “federation” structure against demands that it sell off some divisions.

Acquiring EMC will give Dell a stronger claim to being the only IT vendor with a full set of products from the PC to the data center, said Pund-IT analyst Charles King. Though IBM and HP have retreated from that model, it can be good for customers on two levels, he said. A vendor that buys components for a full range of products can get lower prices from suppliers, and enterprises that can order it all from one company can make better deals, too.

In EMC, Dell has chosen an acquisition target with a notably complicated structure. EMC has gradually expanded out from its core enterprise storage business by acquiring VMware in 2004, then spinning it off while retaining 83 percent of its shares. It added security by buying RSA and then agile development and a cloud platform with Pivotal. Now each unit is part of the EMC Federation, a loose collection of businesses with a lot of individual freedom.

In storage, the two companies’ product lines largely complement each other, IDC analyst Ashish Nadkarni said. EMC’s are geared toward larger enterprises while Dell’s are stronger at the low end, even though there’s some overlap between Dell’s EqualLogic and Compellent arrays and EMC’s VNX and VMax. A deal would also make Dell a meaningful player in data protection, where it hasn’t been able to compete against the likes of EMC’s Data Domain and Avamar lines, he said.

“What EMC will give them is what they’re aspiring to be,” Nadkarni said.

Still, there are indications Dell might put its own mark on the storage operation. Dell once resold EMC products, but that partnership ended in 2011. Customers felt gouged by EMC’s practice of separating software from hardware, said Bryan Jones, Dell’s vice president for North American commercial marketing, in a recent interview. Dell’s Equallogic and Compellent storage arrays come with software included.

The deal might endanger the lucrative VCE partnership in which EMC combines its storage equipment with VMware virtualization and Cisco Systems computing and networking, Nadkarni said. With Dell’s computing business under the same roof with EMC and VMware, Cisco wouldn’t keep supplying its own servers to VCE for long, he said.

(Peter Sayer in Paris contributed to this report.)

Editor’s note: This article was updated to include analyst comments.