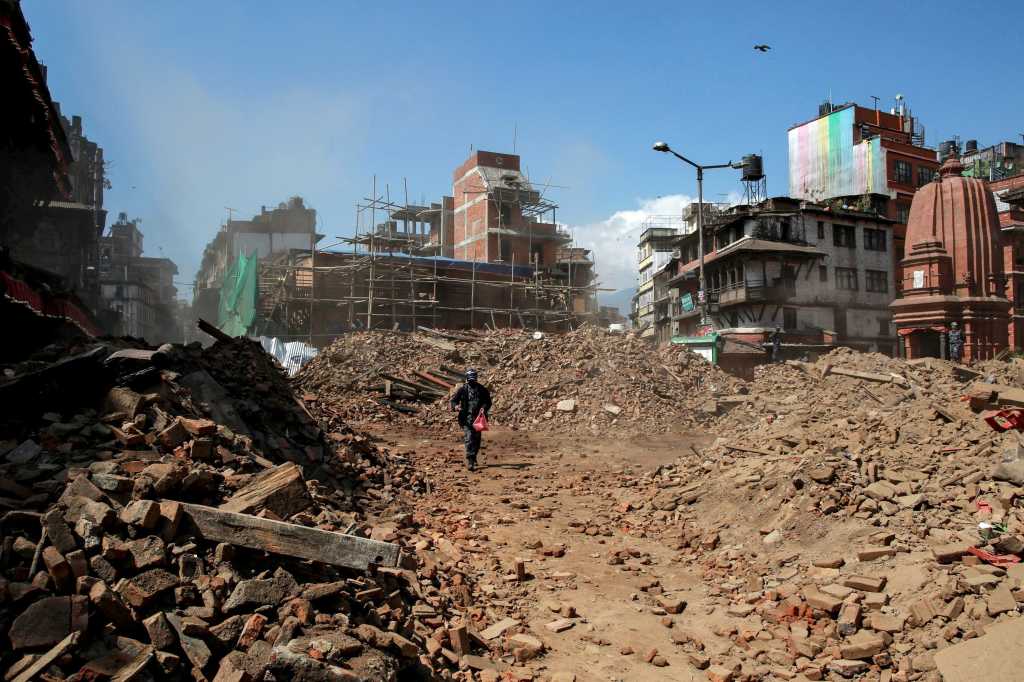 Phone and Internet communications have been hit in Nepal’s capital city of Kathmandu after a devastating earthquake, forcing aid workers at times to ask people to go across with messages.

The International Red Cross and tech companies like Facebook and Google introduced tools to help users check online on people affected, but their effectiveness could be impacted by large-scale power outages and last-mile Internet connectivity problems.

Telephone links are patchy and the Internet is extremely slow, Zaman said Monday. The problem with communicating over the Internet has been compounded by an electricity outage which has affected people’s ability to recharge their smartphones and laptops, he added.

Many users complained that they couldn’t use their smartphones as there was no electricity to charge the devices. ”Thank god electricity is back,” wrote Bimal Maharjan, founder and CEO at 11Beep, the developer of a mobile social network to which users can post anonymously. He added that the restoration of electricity in his area would allow him to recharge his smartphone.

Maharjan said he had spent two nights in a make-shift tent. ”What’s home when u are unsafe at home,” he wrote in a tweet.

Over 3,200 people have been reported killed in an earthquake of 7.8 magnitude on Saturday that hit about 80 kilometers from Kathmandu. It was followed by a number of aftershocks through Sunday.

On Saturday, Internet performance monitoring company Dyn said Nepal Telecom had been able to maintain the country’s global connectivity to the Internet but it warned that the earthquake could have affected last-mile connectivity.

Google deployed its Person Finder, a Web application that lets people post or search for information on relatives and friends affected by a disaster. The company did not immediately provide data on the effectiveness of the tool, which early Monday was tracking about 5,000 records.

Facebook activated its Safety Check tool that traces users near a disaster site based on the city they list on their profile, or from the location they used to access the Internet. Users are then asked to confirm if they are safe or if they are not in the affected area.

The Red Cross has also deployed a Web tool that lets people report relatives and friends they think are missing. The tool also allows users to communicate that they are alive. One Hour Translation is also offering free its translation tool to help aid workers to communicate with the local people who speak around 120 languages.