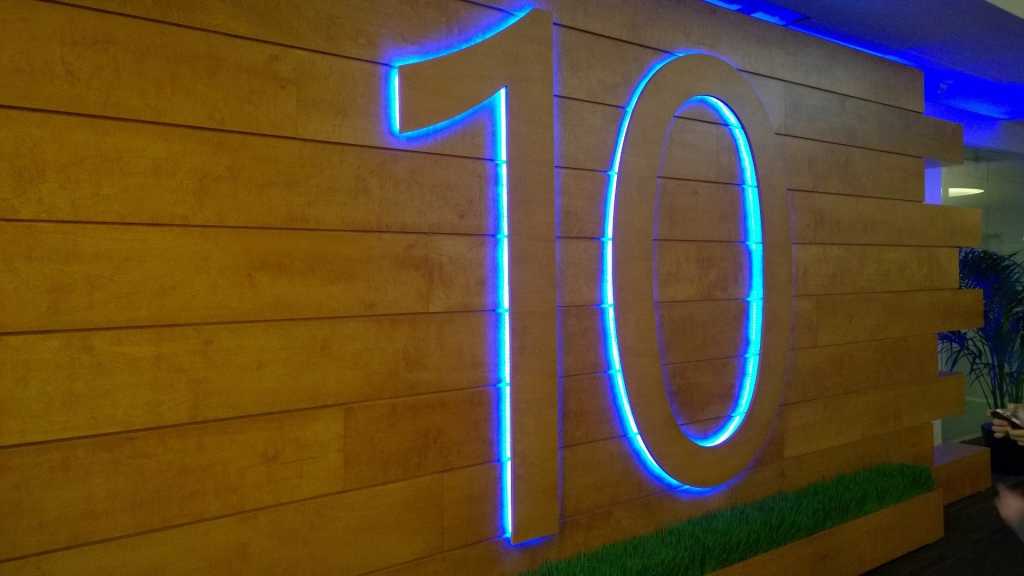 Oh, you thought those Windows 10 preview builds would end when Microsoft shipped the operating systems? Nope. At a press event during Microsoft’s Build 2015 conference in San Francisco, Joe Belfiore, the corporate vice president of the Operating Systems Group at Microsoft, said users will still have the option of continuing to test new features as Microsoft rolls them out.

It’s all part of what Microsoft is now referring to as “Windows as a service”—the notion that Windows is an ongoing product, constantly updated, with both patches and new features added on over time. And it will depend upon the feedback of users like you and me, via the Windows Insider program.

Microsoft hasn’t said officially when Windows 10 will launch, save that it will happen sometime this summer. AMD CEO Lisa Su suggested it will happen in late July, but Belfiore said that Microsoft wasn’t prepared to release the final date quite yet.

Why this matters: This is an an entirely new way for Microsoft to develop and release software, more like Google’s ongoing Chrome builds than anything else. Microsoft has already established this model for Office, but the same questions hold: What happens if you don’t subscribe to Windows? Does something break? Will businesses sign on? And will we end up in a world where virtually every user is up-to-date, or a massively fragmented computing environment with incompatibilities all over the place?

An ongoing process of development

Internally, some Microsoft employees refer to Windows 10 as “the last Windows.” Based on the company’s strategy of perpetual Windows builds, the concept of a single, fixed “release date” seems less and less important. According to Belfiore, Microsoft’s goal with Windows is to keep evolving: “adjust dynamically to the real world and to real people, and sometimes that’s subjective feedback, and sometimes it’s quantitative analysis, on how we build Windows, how we deploy it.”

“Think of a wave of benefits that starts in the summer, and increases through the fall,” Belfiore said.

Some Windows 10 features are, in fact, scheduled to ship after Windows 10 is officially released to the public. For example, the extensions support for the Edge browser won’t be available on the launch date, just “a little later,” Belfiore said. The Win32 apps that Microsoft will sell in the store (and will make available in a virtualized, sandboxed mode to prevent compatibility issues) will arrive a little later, too.

Gabe Aul, who oversees the Windows 10 Insider program, said that Microsoft has several directions—none of which have been finalized—in which the company could go as it continues developing Windows.

Windows 10 could follow the example of Office, which has since morphed into the ongoing Office 365 subscription service and has an ongoing public roadmap of features that are being evaluated, tested, and deployed. Microsoft’s Windows 10 rollout has not been nearly as systematized: Aul simply communicates new features from various channels, including the Insider Feedback app, Microsoft’s user forums, Twitter, and elsewhere.

What seems clear, however, is that Microsoft is prepared to increase the pace of the builds on the so-called Fast Ring: once every two weeks, maybe even weekly.  There could eventually even be daily Windows 10 builds, though that’s more theoretical than likely.

An endless series of builds also brings up the issue of cost structure. At Build, executives said on stage that Windows will be a free upgrade “for the first year” for Windows 7 and Windows 8 users, which implies you’ll be paying for these features at some point. But Microsoft hasn’t said how much, nor whether you’ll receive some sort of credit for helping the company essentially test out its software. According to Belfiore, 3.7 million people are now registered as Insiders, testing out the builds.

But as Microsoft continues to roll out new Windows builds, it looks increasingly clear that it’s not just “universal” Windows we’re talking about. It’s Windows forever.

Updated at 1:08 PM with additional comments from Belfiore.