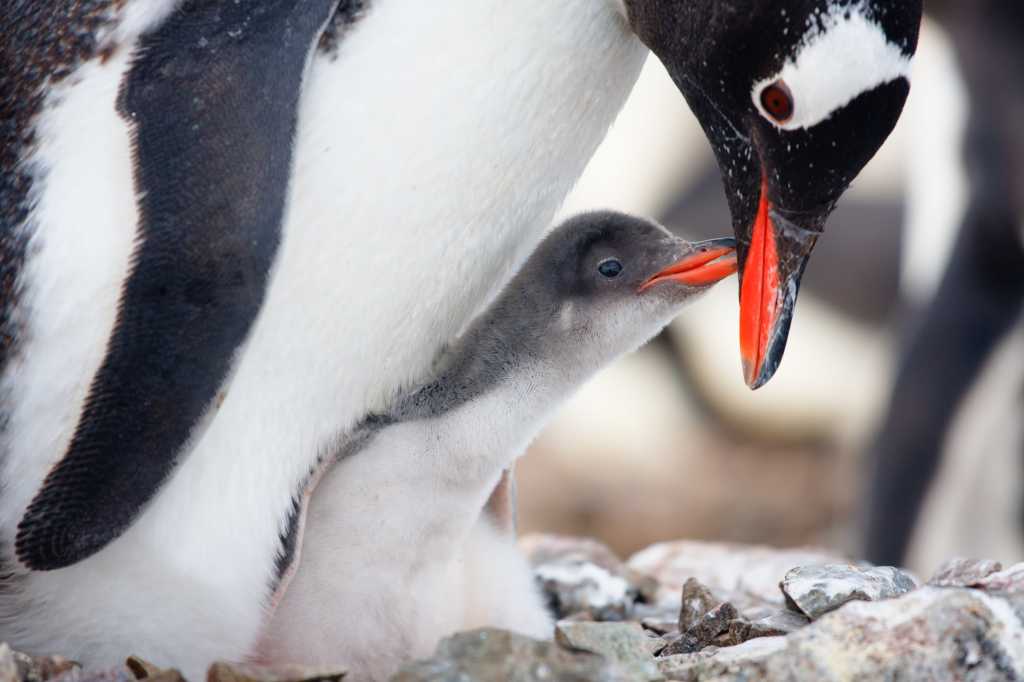 The world of Linux is ready to welcome you, with a shower of free open-source software you can use on any PC: hundreds of active Linux distributions, and dozens of different desktop environments you could run on them. It’s a far cry from the one-size-fits-all, this-is-just-what-comes-with-your-PC vision of Windows.

Everything from software installation to hardware drivers works differently on Linux, though, which can be daunting. Take heart—you don’t even need to install Linux on your PC to get started. Here’s everything you need to know.

The first step is choosing the Linux distribution you’ll want to use.

Unlike Windows 10, there’s no single version of Linux. Linux distributions take the Linux kernel and combine it with other software like the GNU core utilities, X.org graphical server, a desktop environment, web browser, and more. Each distribution unites some combination of these elements into a single operating system you can install.

DistroWatch offers a good, in-depth summary of all the major Linux distributions you might want to try. Ubuntu is a fine place to start for former (or curious) Windows users. Ubuntu strives to eliminate many of Linux’s rougher edges. Many Linux users now prefer Linux Mint, which ships with either the Cinnamon or MATE desktops—both are a bit more traditional than Ubuntu’s Unity desktop.

You can now either burn that ISO image to a DVD or USB. Note that booting from USB 3.0 is faster than booting from DVD these days, and more versatile given that most laptops and many desktops no longer include a DVD drive.

To burn an image to USB, you’ll need a specialized program. Many Linux distributions recommend using Rufus, UNetbootin, or Universal USB Installer. If you’ll be using Fedora, we think the Fedora Media Writer is by far the easiest way to go.

For most desktops and laptops, the above instructions will suffice. However, if you want to use Linux on a Chromebook, Raspberry Pi, or another type of device, there are special instructions you’ll need to follow.

Now you’ll need to boot that Linux system. Restart your computer with the disc or USB drive inserted and it should automatically boot. If it doesn’t, you may need to change your BIOS or UEFI firmware boot order, or select a boot device during the boot process.

If you’re not sure whether you’re running UEFI or BIOS, you’re probably running UEFI, unless your PC is five years old or more. To enter your BIOS or UEFI on a desktop, you’ll generally have to hit the Del or F12 key during the POST process (before Windows starts booting).

It can be a little trickier to get into the BIOS/UEFI on laptops. Many modern laptops don’t give you the option to enter UEFI by keystroke. Some laptops may include a small, unlabeled button on the side that you can hold down while you turn on the laptop. If you’re unsure about how to enter the UEFI setup screen, consult your PC’s user manual.

On younger Windows PCs running Windows 10, you may have to disable Secure Boot before booting Linux. (Secure Boot has been a headache for many Linux users.) Most of the larger Linux distributions will boot normally with Secure Boot enabled, but others won’t.

Your Linux distribution of choice probably allows you to use it in a “live” environment, meaning it runs entirely off the disc or USB drive and doesn’t actually need to be installed to your computer’s hard drive. Just use the Linux desktop normally and get a feel for it. You can even install software, and it’ll remain installed in the live system until you reboot.

Even if you don’t want to use Linux as your everyday operating system, having this Linux live DVD or USB drive around can be useful. You can insert it into any computer and boot Linux whenever you want. Use it to troubleshoot Windows problems, recover files from a corrupted system, scan an infected system for malware, or provide a secure environment for online banking and other important tasks.

If you have more than one USB stick to spare, you can try different Linux distributions and pick the one you prefer. Another handy trick: If you enable the “persistence” option when putting Ubuntu on the USB drive, you can save files and settings to the drive and they’ll remain accessible every time you boot it.

To leave the live Linux system, just reboot your computer and remove the disc or USB drive.

Use Linux in a virtual machine

With free virtualization tools like VirtualBox, you can have multiple virtual machines (VMs), complete with their own boot sequences and isolated storage. One of the most popular things to do with virtual machines is to run different operating systems on one computer without needing to reboot.

It’s pretty easy to create a VM on Windows to create a virtual environment to run Linux in. VMs are easy to manage, and when you’re done using them, you can delete them. You can even back up copies of the entire virtualized (guest) operating system if you need to.

If you’ve never used VirtualBox before, Virtualbox is a cinch to set up. Once you have it installed in Windows 10, you can set up a VM in a couple minutes with VirtualBox’s wizard. The VirtualBox manual’s step-by-step instructions are a great resource if you’re not quite sure where to start.

In addition to a performance hit, virtual machines generally won’t have direct hardware access to things like video cards.

Despite the disadvantages, if you’re Linux-curious, and not ready to install Linux on your PC’s “bare metal,” virtualization offers a great way to try out Linux without the need of a USB stick.

Your desktop environment should have all the standard bits: an application menu, some sort of taskbar or dock, and a notification area or “system tray.” Click around to see what everything does. You should also find a collection of system utilities that will let you configure your hardware and make your desktop work the way you’d like.

Ubuntu 16.04’s Unity desktop can be quirky, but it’s packed with useful features you’d never find on your own, like the HUD. If you’re going with Ubuntu 16.04 or earlier, be aware that Ubuntu will be abandoning its Unity desktop in future versions. Ubuntu dropped Unity in favor of the GNOME shell that comes default on Fedora and other distributions. If you want to try Ubuntu, we recommend trying Ubuntu GNOME, which uses the GNOME desktop instead of Unity.

Additionally, be sure to enable virtual desktops (most modern Linux desktops have disabled them by default) and give them a shot, too.

If you’re unhappy with the desktop you’re using, don’t worry. While some distributions are optimized for a particular desktop, nearly every major distribution gives you the option to install the desktop of your choice after the system is installed. As long as you have enough storage to spare, you can have GNOME, KDE, Cinnamon, XFCE, and other desktops installed at the same time. When you log in to the desktop, you can choose what desktop environment to run.

If you ever get lost, there is plenty of help online. Generally Googling your distribution’s name followed by the question will lead you in the right direction. If you prefer a more structured help environment, the Ubuntu and Fedora documentation websites are great resources. While the Arch Wiki is written with users of Arch Linux in mind, it is a great in-depth resource for Linux programs in general.

Install Linux, or not

You have choices about when and how to install Linux. You can leave it on a disc or USB drive and boot it up whenever you want to play with it. Play with it several times until you’re sure you want to install it. You can try several Linux distributions in this way—you can even re-use the same USB drive.

The big reasons to install Linux instead of just running it from a USB drive or disc are productivity and convenience. Unlike running Linux live, installed Linux will remember your settings, keep your installed software, and maintain your files between reboots.

Once you’re ready to take the plunge, installing Linux on your PC is easy—just launch the installer provided in the live Linux environment. You have yet another choice here, though: You could wipe away your existing Windows system (assuming that’s your current OS) and replace it with Linux, but installing it in a “dual-boot” configuration, or “alongside Windows,” in Ubuntu installer parlance, is the more flexible choice. The installer will resize your Windows partition to make room for Linux, and you can select which operating system you want to use every time you boot your computer.

Of course, you can always choose to install Windows in a virtual machine as well.

How to install more software

Basically, it’s like an app store full of free, open-source software—except Linux distributions were doing “app stores” like this long before Apple popularized the concept.

While most major distributions offer GUI programs to help you install software, all distributions have command-line tools that can do the same thing. Though it can be intimidating for newbies, we recommend users familiarize themselves with how to install applications from the command line, even if they prefer using the GUI. If an installation fails for some reason, using the command line will offer hints as to why the installation failed.

Some applications—particularly closed-source applications like Google Chrome, Steam, Skype, Minecraft, and others—may have to be installed from outside your Linux distribution’s package manager. But check your package manager first—you’ll be surprised what apps may be available through your distro’s repositories.

If you can’t find the app you need, you can download these applications from their official websites, just as you would on Windows. Be sure to download the installer package designed for the Linux distribution you’re using.

Other open-source applications can be obtained on GitHub. If the application is commonly used on the desktop, the program’s GitHub page may have a link to a package for your distro (.deb or .rpm). If not, you’ll often find directions to manually install the program on the README page.

Contrary to widespread belief, you probably don’t need to install hardware drivers manually when you install the operating system. Most of the hardware drivers you’ll need are built-in on Linux. There are a few closed-source drivers you might want—the Nvidia and AMD drivers for optimal 3D graphics performance, or Wi-Fi drivers to make your Wi-Fi hardware work right. However, most of the hardware you have (even touchscreens) should work out of the box.

It’s worth mentioning that while Nvidia’s proprietary Linux drivers are great performance-wise, Nvidia’s proprietary drivers don’t always play nice with the open-source community. (Linus Torvalds, the guy who wrote the Linux kernel, famously gave the finger to Nvidia on camera because of this.) If you’re not planning on doing a lot of gaming on Linux, Intel’s integrated graphics (which is present on pretty much all non-enthusiast Intel Core CPUs) will do the job just fine.

Ubuntu and Linux Mint will recommend drivers to you via their hardware driver tools, if necessary. Some Linux distributions may not help you install these at all. For example, Fedora doesn’t want to endorse closed-source Linux drivers. If you need specialized drivers, check your distribution’s documentation. Most distros have help pages for people who have AMD or Nvidia video cards, for instance.

Despite the software installation differences, Linux should feel reasonably familiar to anyone who’s used a Windows desktop before. You’ll find windows, context menus, control panels, and more. Many of the applications you’ll use on Linux are popular programs you may have already used on Windows, from Firefox to VLC and LibreOffice.

Now you have the basic knowledge you need to get started using Linux. Happy exploring!

Editor’s note: The original version of this article posted on May 18, 2015.