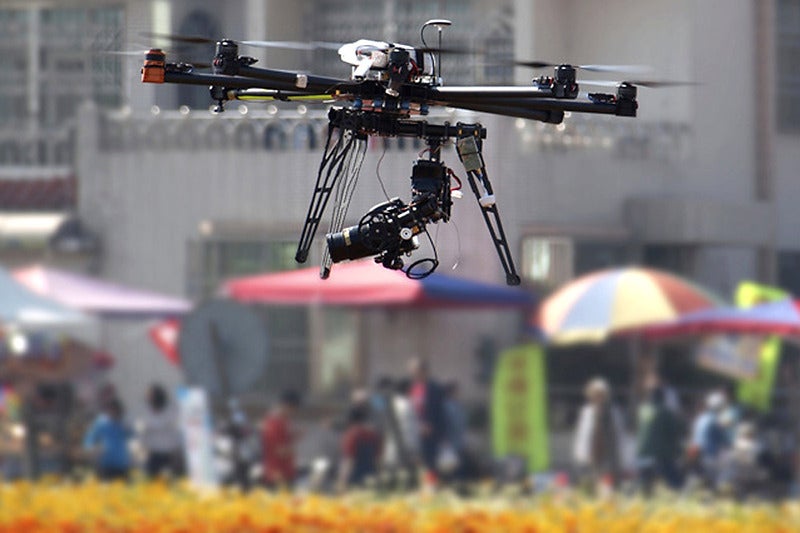 The U.S. Department of Transportation should begin to research technologies to combat “rogue” drone flights around sensitive areas like the White House and airports, a senator has recommended.

Warner, a member of the Senate Intelligence Committee, raised concerns about drones being used in crimes or potential attacks. A camera-equipped drone carrying a bottle marked with the radioactive symbol was discovered on the roof of the Japanese prime minister’s office in central Tokyo in April, he noted in a press release.

But after high-profile drone mishaps in recent months, including a drone landing on the White House lawn in January, “we all have a responsibility to do what we can to ensure that this is done in a safe way,” Warner wrote. “While the vast majority of UAS operate safely, a series of high-profile incidents over the last year have shown that it is also necessary to develop rapidly technologies that can ensure the safe operation of drones around sensitive areas.”

Warner’s letter didn’t advocate for a specific counter-drone technology, but he called for the Department of Transportation to consider a drone mitigation pilot project at a U.S. airport. The Mid-Atlantic Aviation Partnership at Virginia Tech, a Federal Aviation Administration drone test site, could help develop counter-drone technology standards, he wrote.

A pilot project “could provide a blueprint for U.S. airports to establish protocols to protect airports against both innocuous recreational UAS mishaps as well as more nefarious incursions,” Warner added.

While Warner didn’t point to a specific counter-drone technology, he suggested an ideal mitigation technique would not interfere with existing operations at airports, would be able to geo-locate both the drone and the ground controller and would not affect GPS or Wi-Fi signals.