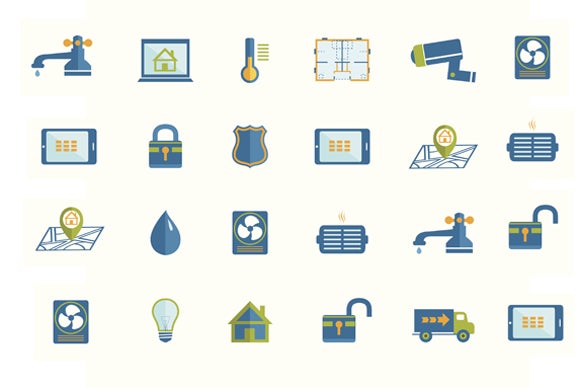 The stars of smartphones want to become legends in the Internet of Things, a world that could become much bigger than cellular but will require more than handset experience for a winning run.

Just days after Samsung unveiled its Artik hardware-software modules for IoT devices, Qualcomm introduced its own IoT systems on Thursday and put a stake in the ground.

Both companies say what they’ve learned building the guts of mobile phones translates pretty well into some categories of IoT. But like Intel and others, each is using the breadth of its technology to argue it’s fit to take on the IoT challenge.

The opportunity is big, according to Qualcomm President Derek Aberle: 5 billion non-smartphone connected devices shipping by 2018.

“In order to connect these billions of devices that are coming, you need a very wide range of technologies,” Aberle told reporters and analysts at a Qualcomm event in San Francisco. Those include elements of connectivity, computing and interoperability.

“A lot of these technologies can be highly leveraged from the investments that we’re making in the smartphone platform,” Aberle said, because the design constraints for things like size and power consumption are common. But IoT extends to areas like in-car computing and to small, remote sensors in systems like wind turbines, so technology needs to scale both up and down.

The Internet of, well, everything

Qualcomm is already active in IoT, logging more than $1 billion in revenue from chips for IoT devices in its last fiscal year, Aberle said. That includes what he called a leadership position in cars, where the company has supplied modems for 20 million cars on the road.

The QCA401x has a built-in microcontroller with as much as 800KB of on-chip memory that developers can use for applications. That’s more than the previous product, and the QCA401x also has more interfaces for connecting to sensors, displays and actuators. The new product cuts down on size, cost and complexity, Qualcomm says. The product is shipping to manufacturers in sample quantities.

Also on Thursday, Qualcomm Atheros introduced the QCA4531, a turnkey solution for Wi-Fi devices that run Linux, equipped with more computing resources than the smaller product. It’s for more advanced devices that can serve as Wi-Fi hubs. Those devices might be higher end appliances with more advanced features that also act as bridges between as many as 16 other home devices and a cloud-based service. The QCA4531 is already shipping in volume.

Both of the products can work with the AllJoyn software framework for interoperability among IoT devices. Qualcomm developed AllJoyn but later open-sourced it and handed it over to the AllSeen Alliance.

Qualcomm has also added features to AllPlay, its platform for wireless media streaming. A key addition is the ability to stream audio from a device like a phone to an AllPlay speaker via Bluetooth, then send the stream on to other devices around the home via Wi-Fi.