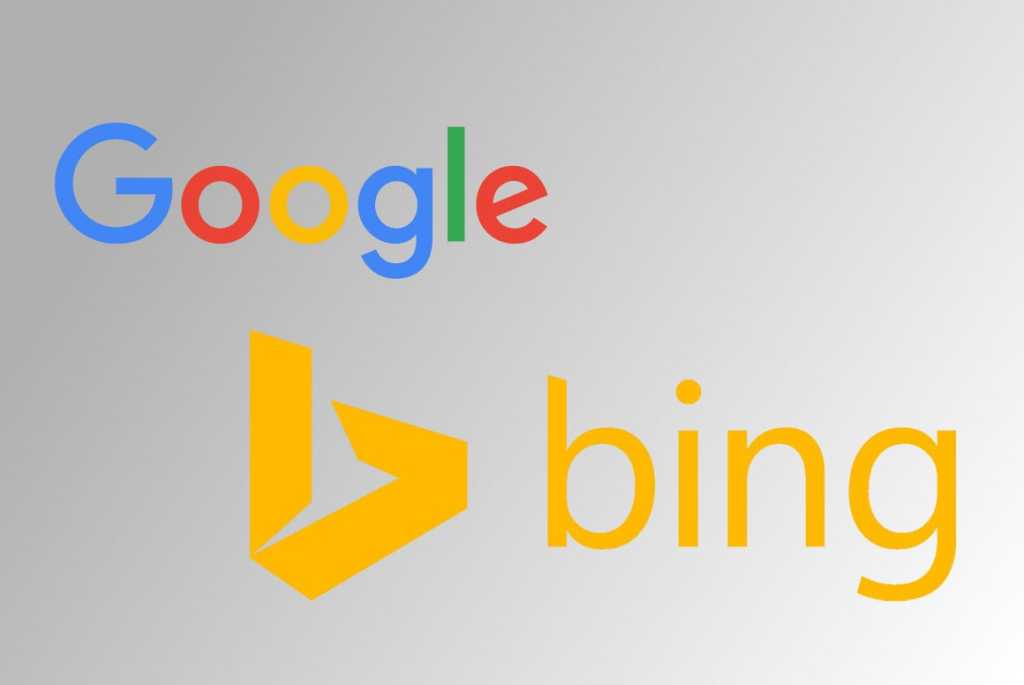 Three years ago, I switched from Google search to Bing. There, I said it. No longer do I Google something; I Bing it. And I haven’t looked back since.

Maybe you’re considering doing the same, either over ire about the recent diversity-memo controversy, or some other aspect of the search giant that has rubbed you the wrong way. Here are some points to consider.

The move away from Google wasn’t easy. Sometime in the late 1990s, I was invited to test out Google’s search engine. I moved from poring though filing cabinets to typing queries in a search box. If it was out there on the web, Google promised that it would find it.

Over the years, Google became smarter and more responsive. Google Instant auto-suggested search results before I finished typing them. “Google it” became part of my vernacular.

Meanwhile, Microsoft’s Bing search engine was getting no respect. Bing it? Please.

But Bing doggedly continued to improve. It added social connections and “cards” identifying key topics and related searches. It improved speed and reliability. Then one day, when I wanted to dig up older stories I had written using Google’s search engine, I found I had better luck finding them using Bing.

Switching from Google to Bing search is easily done in just a few seconds. I provide instructions at the bottom of this story. But before that, here are some of my favorite (and yes, even bizarre) reasons to switch to Bing.

Number one? Because Microsoft will pay you.

I’m cheap. I’ll generally pass up a $12 artisanal beef slider at the food trucks near my office in favor of a less expensive salad that could stuff a throw pillow. I often wear the same pants two days in a row to save on my water bill. I use coupons.

So if Microsoft wants to pay me about $5 a month to do what I normally do? Sign me up.

The concept behind Microsoft Rewards (formerly Bing Rewards) is simple: As you search, Microsoft gives you points.

If you have a Microsoft account (you do have a free Microsoft account, right?) you can earn five points per Bing search on a desktop PC, up to 150 points per day. In the same way, you can earn up to 100 points per day on mobile, with five points credited to you per search. (Don’t worry if these numbers don’t quite match up to what you see, as Microsoft tends to vary the values every so often.) Bing searches are automatically triggered via Cortana on a Windows Phone, or the Bing Search app for Android or iOS.

The best part? The points can be redeemed for things you’ll actually use.

For roughly 475 credits—again, the value varies—Microsoft will give you $5 to spend at Amazon, or Target, Burger King, Starbucks, or other merchants. You can also redeem your rewards for a nice 5% coupon at the Microsoft Store, discounts on Windows apps, or even a free month of Xbox Live Gold. Use Bing frequently enough, and you can climb your way up to Silver or Gold status, which confers a “discount” on points redemptions.

And this is all for simply using Bing during the course of your day. And if you want even more points, you can visit Bing.com or click the Microsoft Rewards “medallion” icon for quick quizzes and suggested searches. It all adds up quickly.

2. Search results: As good or better than Google’s

I wouldn’t even mention Bing Rewards if Bing itself wasn’t worthwhile. But it is. My personal belief is that Bing delivers slightly more useful information than Google in general search. (To be fair, I’ll emphasize general: Sometimes I’ll try a search in Google if I can’t find what I’m looking for in Bing. As of August 2017, I’d say Bing’s ability to find an old news story of mine is slightly worse than it used to be, though it’s still very good.)

And don’t worry: Using Bing doesn’t prevent you from using other Google services, like Gmail, as often as you’d like.

If I search for a term like “Notre Dame football,” Bing makes better use of that vast, white space on the right side, displaying contextual information about the school, its history, news, and more. (Both engines show me the recent scores, but Google’s card displays a more complete upcoming schedule.)

Bing’s lead widens when you search for celebrities, as it includes videos as well as images and biographical information. And though Microsoft could do a better job of highlighting this information, Bing provides one-click links to a celeb’s social media pages for what they’re thinking about, right now.

There are exceptions, of course. But, in general, Bing performs as well as Google on most of my common, day-to-day searches.

That goes for image searches, too. Bing was first to implement the “infinite scroll” in Bing Images, where users could simply scroll and scroll and never reach the “end” of their search results. Today, Bing’s image search adds an extra layer of search filters that Google users must drill down to find, including options to show only pictures with faces, for example, or display images in a particular layout. And if you need to find a licensed photo to illustrate a newsletter, Bing makes that information more easily accessible than Google does.

About the only reason to use Google’s image search is if you’re hunting down animated GIF images, as this is an option Bing has yet to offer.

4. Bing shows more video, if you can bear to look

Part of the reason is that, even with filtering turned off, Google now takes a rather puritanical attitude toward filtering copyrighted videos, while Microsoft has adopted a more libertarian approach. Bing simply shows you videos about your search topic from around the web, whether it be “baseball” or “boobs.”

That’s not to say that Bing is a shadowy corner of the web full of smut and depravity. Thumbnail images of anything Bing thinks is for adults only are actually blurred out by default. But if you’re searching for something tagged Not Safe for Work, be aware that Microsoft will show it to you (assuming your search filtering options allow for it, of course).

Oddly enough, neither Google nor Microsoft shrinks much from violence. Both turned up what I assume to be complete videos of various hostage beheadings from the Middle East, none of which I cared to watch.

If you’re a lifelong Googler and Bing’s advantages intrigue you, great. Here’s how to switch.

As you probably know, Microsoft and Google each offer their own browsers to go along with their own search engines. With Microsoft’s Internet Explorer or Edge and Google’s Chrome, the browsers are preconfigured to use their respective search engines by default, accessible via the search bar at the top of the screen. (Of course, you can visit Bing.com or Google.com and search there anytime you’d like.)

Switching Chrome’s search provider to Bing is relatively simple: In the upper-right corner of the browser, you’ll see a tiny menu icon that looks like three horizontal lines on top of each other. Click it. Near the bottom of the drop-down menu, you’ll see Settings. About halfway down the Settings page, you’ll see a box for selecting your Search engine.

Microsoft hides its search engine configurations as well. If you have Internet Explorer configured to use Google, go to the URL bar and click the magnifying-glass (search) icon. At the bottom right of the drop-down menu, click Add. Click the tiny Bing icon at the bottom left to set Microsoft’s search engine once again as your default.

About the only change that Bing currently foists upon you is sending you to Bing Maps, not Google Maps. And if you’re searching for videos, guess what: Google’s YouTube isn’t exactly Bing’s first choice.

Bing offers as-good-as-Google search capabilities, plus many little added conveniences and rewards to entice you to switch. Doing so takes just seconds. Are these enough to make you try out Bing yourself? It’s worth a few minutes of your day to check.

Updated on August 8 with updated information about Microsoft Rewards.