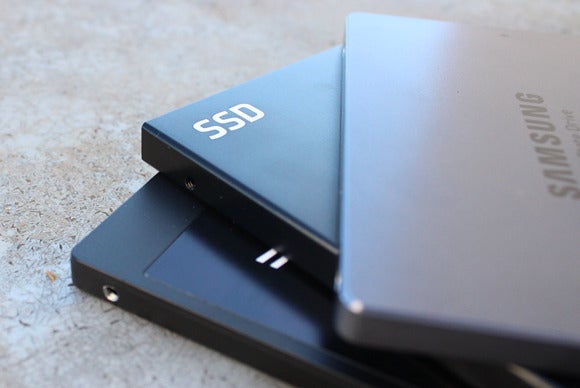 My quick answer: Use an external hard drive for backup. Use a flash drive or an SSD if you want to move files from one computer to another and a network isn’t practical.

The long answer: It all depends on how much storage you need, how much you worry about physical damage, and how much you’re willing to spend. Flash-based storage such as external SSDs or flash drives (also known as pen drives or thumb drives) tend to be more robust: Drop one to the ground, and it’s still likely to work. But hard drives provide more storage for the dollar.

There’s really not much difference between flash drives and external SSDs. They both store your files in solid-state flash RAM and plug into your computer via USB. The only real difference is the form factor.

SSDs are shaped like hard drives, because they’re meant to replace internal hard drives—and therefore have to fit easily into a computer’s bay. But when used externally, there’s no real need for that shape or size.

In other words, it doesn’t really matter which of these two you buy. Find the device that fits your budget and the pocket you plan to carry it in.

A hard drive is an entirely different beast. Because it’s mechanical, a hard drive is more likely to be damaged. It’s also more difficult and expensive to make—unless you factor in the one expensive ingredient in a flash drive or SSD: flash RAM. If you don’t need much of that, flash drives can be astonishingly cheap—less than $10 for an 8GB drive.

But if you need a lot of storage, hard drives quickly become the bargain choice. For $100, you can buy a  2TB hard drive. A flash drive or SSD with an eighth of that storage could cost you twice that much.