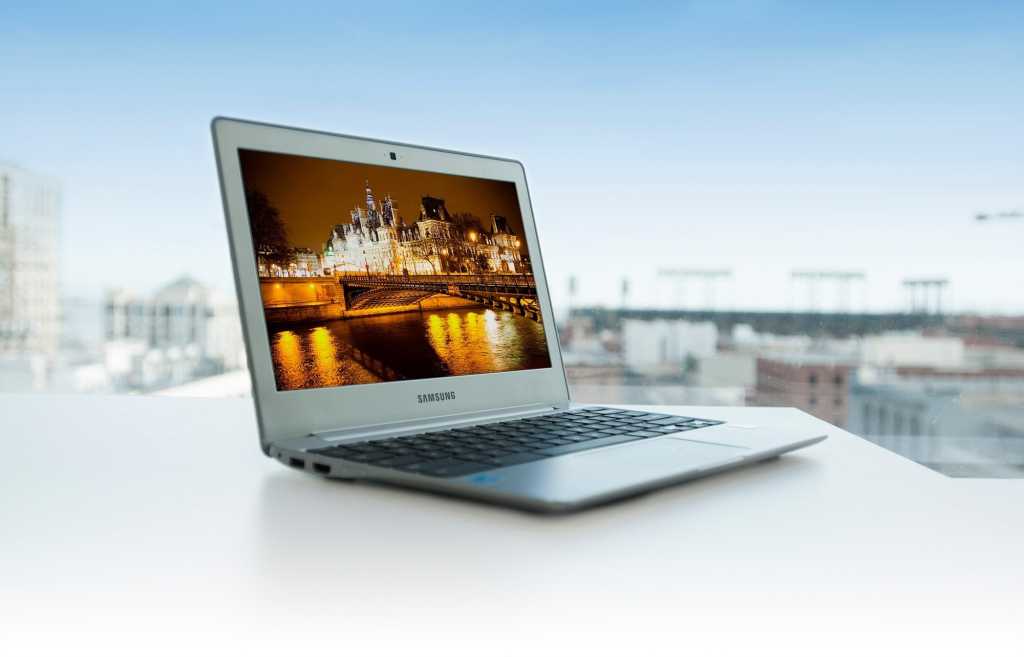 Chromebooks aren’t crummy anymore. Samsung’s new Chromebook 2, announced Friday, joins a growing cadre of Chromebooks that aspire to more than being cheap. They have powerful CPUs, interesting features, and in the Samsung Chromebook 2’s case, an extra-sturdy chassis so it won’t get beaten up on the playground.

Nearly 1.4 million Samsung Chromebooks are deployed in U.S. schools, but these devices were designed for casual users, not rambunctious children. Samsung product manager David Ng admitted his company “needed to make the device more durable” for the education market. Aluminum reinforces the display panel, the corners of the chassis, and other vulnerable points. “Just try flexing the LED panel,” Ng dared me. I did: It’s quite stiff, though the thick bezel is ugly. Nevertheless, this level of build quality should help the device’s retail reputation as well.

Then there’s the CPU: ARM processors were typical for earlier generations of Chromebooks, and Samsung retains its ARM-based Chromebook 2 models. This upgraded Chromebook 2 sports the Celeron N2840 from Intel’s Bay Trail M family of CPUs, which balances performance with energy efficiency. The new Toshiba Chromebooks announced at IFA 2014 also use Celeron CPUs, while the Acer Chromebook 13 sports the intriguing Nvidia Tegra K1 chip. We’re gathering new benchmarks to test these machines and will let you know soon how they compare.

The story behind the story: Samsung’s Chromebook 2 shows how the newest Chromebooks have potential far beyond basic browsing. Applications for the Chrome OS are improving, too—even the venerated PhotoShop is finally coming. Chromebooks’ popularity with schools as well as consumers poses a growing threat to Windows and Mac computers, making the near future of computing more interesting—and competitive.

The Samsung Chromebook 2 is sturdy, and it has a respectable CPU. But computing is about the experience, too. This model offers a few nice touches—and a few disappointments.

Under the hood, the N2840 processor runs at 2.58GHz and comes with 1MB of Level 2 cache as well as 2GB of DDR3L RAM. It runs cool enough that the system is fanless. Intel provides the integrated graphics and the 802.11ac Wi-Fi. There’s also 16GB of on-board storage.

As for the hood itself, the Chromebook 2’s lid retains the stitched-leather look of its original iterations. It’s a superficial thing, but it’s also a nice break from the matte- or shiny-plastic shells that encase most of our mobile devices.

The keyboard is also a cut above the norm. Most of the Chromebooks I’ve used have had truly awful keyboards, with flat, clackety, hard-plastic keys that sometimes hurt to type on. The Samsung Chromebook 2’s keys are hard plastic, but they’re slightly dimpled to ease typing, and their travel is comfortable rather than jarring. We all use the keyboard constantly—it should be good.

We also look at the display constantly, which is why I was disappointed with the 11.6-inch, 1366×768-pixel display’s limited viewing angles. Every time I moved or the Chromebook moved, I had to readjust the screen so I could see the image. Displays are expensive and these machines continue to cluster around $300 in price, so corners will be cut. Watching the image fade away so quickly just makes me run back to my Chromebook Pixel’s gorgeous screen, though.

Connectivity is adequate, with one USB 2.0 and one USB 3.0 port, an HDMI port, a micro SD slot, and a headphone jack. There’s also a 720p camera over the display.

Here’s something I’d never considered: The USB ports have electrostatic shock protection to help them survive repeated plugging and unplugging of devices. “That was a direct reaction to consumer feedback from our 2012 model,” explained Ng.

Samsung’s Chromebook 2 is available for pre-order today and will start hitting stores next week. It claims to be the product of a lot of listening on Samsung’s part. Will it provide the right answers? We still have to put it through its paces and will update you when we have.

Are you ready for a new Chromebook? Would a faster CPU or a nicer display win you over? Let us know how you feel about Chromebooks in the comments.