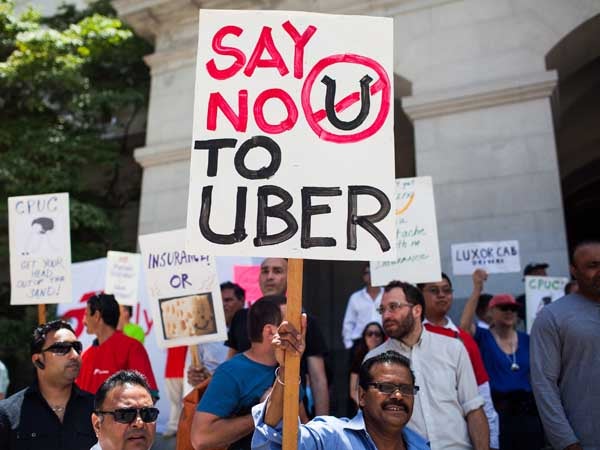 The Minnesota senator and longtime comedian wrote in a letter to Uber cofounder and CEO Travis Kalanick that he is concerned about a “troubling disregard for customers’ privacy, including the need to protect their sensitive geolocation data.”

Writing as chairman of the Senate Subcommittee on Privacy, Technology and the Law, Franken referred to a tool that apparently lets some Uber employees track the location of customers that have requested car service.

“To whom is the so-called ‘God view’ tool made available and why?” Franken asked. “What steps are you taking to limit access?”

Franken raises 10 questions in the letter, which focuses on revelations that Uber executive Emil Michael suggested the company might try to dig up dirt on journalists who have been critical of it.

While an Uber spokeswoman has said such actions would violate the company’s policies, Franken asked why Michael does not heed them and whether he was disciplined, as well as whether any other employee has been punished for violating Uber’s privacy policies.

Franken also questioned how Uber handles sensitive information including accessing the data for “legitimate business purposes,” as Uber has characterized in its privacy policy. He also wonders why customer information is apparently retained even after an account is terminated.

“Uber has a strict policy prohibiting all employees at every level from accessing a rider or drivers data,” Uber spokeswoman Nairi Hourdajian wrote in a company blog post on Tuesday. “The only exception to this policy is for a limited set of legitimate business purposes. Our policy has been communicated to all employees and contractors.”

The blog post followed a report on Buzzfeed that said Michael made comments at a New York dinner suggesting Uber could target a critical female journalist. Sarah Lacy, a technology writer who was the apparent target of this plan, wrote that Michael has since apologized.

Franken wrote that he expects answers from Uber by Dec. 15. Uber could not be immediately reached for comment.