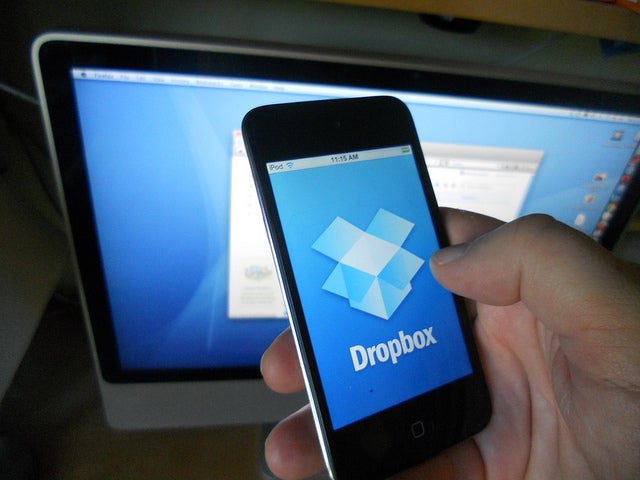 As the saying goes, the best camera is the one you have with you—and that’s why so many of us have smartphones absolutely stocked with memories from nights out on the town to a child’s first days in the world. But while taking photos on your smartphone is no problem, getting them off your phone and onto your PC can sometimes be a pain.

You could just hook your smartphone up to your PC every now and again and just transfer them over a USB cable, but ugh, wires.

A better alternative is to put the mobile apps you already have on your phone to work. Several can send pictures to your PC automatically, and one can even do it without leaning on the cloud whatsoever.

One of the most seamless ways to get photos on your PC is to use Dropbox. The original device sync app can be set to automatically upload photos from your device to Dropbox, and you’ll get up to an extra 3GB of free storage space for using the feature, more than doubling the 2GB of free space provided to users.

If you use Dropbox’s default settings on your PC then photos will automatically be synced down to your PC. You can also set Dropbox to only upload photos over Wi-Fi so that you don’t get hit with an unexpected Internet charge from your carrier—but be sure to prune your photo collection occasionally, as photos can make you hit your Dropbox storage limit all too fast.

To get started open Dropbox on your mobile device and go to Settings > Camera Upload.

The company also has a new photo viewing app called Carousel that automatically uploads photos to Dropbox. With Carousel, Dropbox is also offering an extra 3GB of free storage space for your photos, but only if you haven’t previously used up your free photo allotment using camera upload on the regular Dropbox app.

Microsoft’s cloud storage solution offers a similar back-up method to Dropbox. Just like Dropbox, you can set OneDrive to only upload photos over Wi-Fi. Also like Dropbox, Microsoft will give you 3GB of free additional storage if you configure the OneDrive mobile app to automatically save photos to the cloud, bolstering the service’s 7GB of free storage.

Windows 8 has SkyDrive/OneDrive baked in by default, making the mobile OneDrive app’s automatic uploads a dead-simple way to ensure your phone photos wind up on your PC.

Rumors about its expected demise aside, with Google+ all your photos can be automatically uploaded to the search giant’s social network, but they’re stored privately and not shared with others by default.

Unlike Dropbox and OneDrive, using Google’s solution won’t get them on your hard drive automatically. Nevertheless, once your photos are in Google’s cloud, downloading them onto your hard drive takes just a few clicks.

Don’t like the idea of automatic uploads, but still hate bothering with direct USB connections? AirDroid can connect your PC and phone without a single wire. Once connected, AirDroid lets you easily shuffle files back and forth between your smartphone and PC. Check out our previous AirDroid primer for a tutorial on how to use this must-have Android app.

Once that’s done, add your pictures folder (such as /storage/sdcard/DCIM/Camera) to the Android app and BT Sync will generate a secret code for the folder. Then just share the folder’s secret code with BT Sync on your PC and watch the magic happen.

On iOS, just tap Backup > Backup Camera Roll, email the secret to yourself, put it into BT Sync on your PC and you’re done.

Windows Phone instructions for backup are similar to Android’s; you can find more details in BitTorrent’s mobile manual. Keep in mind that while there’s no cloud middleman, Bit Torrent Sync transfers only work when both devices are online and signed in, however.