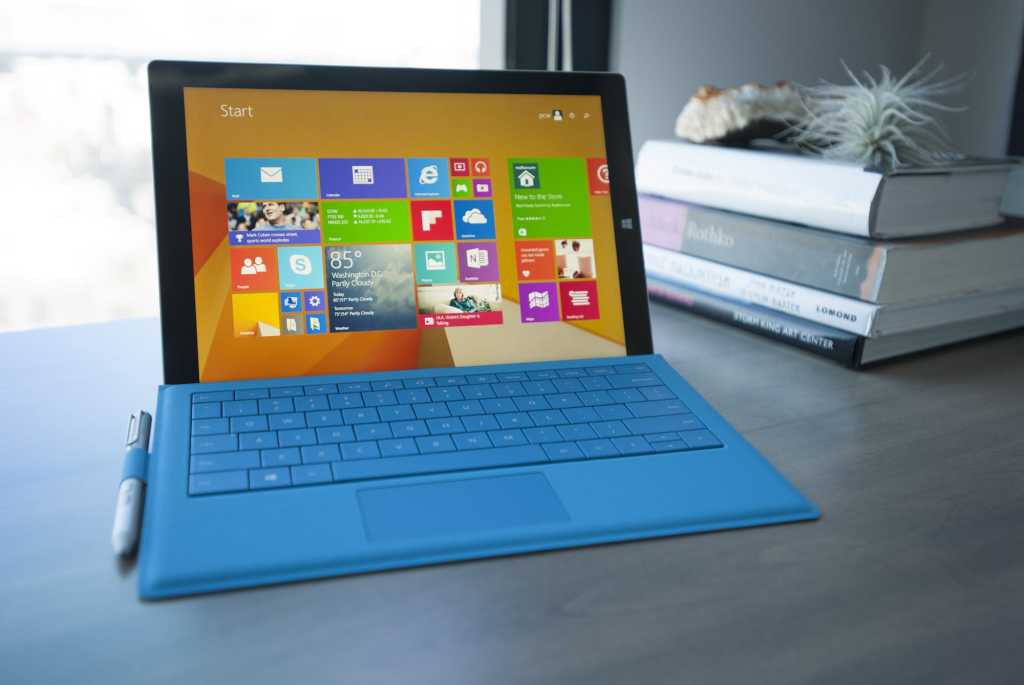 After weeks of promises and reviews, the Surface Pro 3 hit store shelves on Friday. But only one version of Microsoft’s latest (and closest) attempt to create the perfect tablet-laptop hybrid is ready for purchase.

Starting Friday at Microsoft Stores and other retailers such as Amazon and Staples, you can pick up the Core i5 version of the Surface Pro 3. That model starts at $999, which gets you 128GB of storage, a Core Intel i5 processor, 4GB RAM, and the rest of the Surface Pro goodies like a 1080p rear-facing camera, a 12-inch display with 2160-by-1440 resolution, and Windows Pro 8.1. Add another $300 to the Core i5 Surface Pro price and you get an extra 4GB RAM and double the storage space.

For more details on the variety of specs and pricing, check out our earlier Surface Pro 3 configuration deep dive.

The one thing you don’t get for that purchase price is Microsoft’s snazzy Type Cover. It will set you back another $130, but the Type Cover is essential if you want to get the full combination of the new Surface’s tablet portability and laptop muscle.

Anyone hoping to get their hands on the bargain basement Surface with a Core i3 or the more high-powered Core i7 build will have to wait until later this summer. Microsoft says the full Surface Pro 3 line-up will be available in the U.S. and Canada on August 1, a Microsoft representative tells PCWorld.

That should be just barely enough time to grab the Surface you want before students head back to school.

Anyone looking to make sure they will have a Core i3 or i7 Surface when those variants roll out can pre-order online via the Microsoft Store. The Surface Pro 3 docking station also became available for pre-order today, and is scheduled to hit the streets in August 15.

Updated with additional release date information from a Microsoft representative.