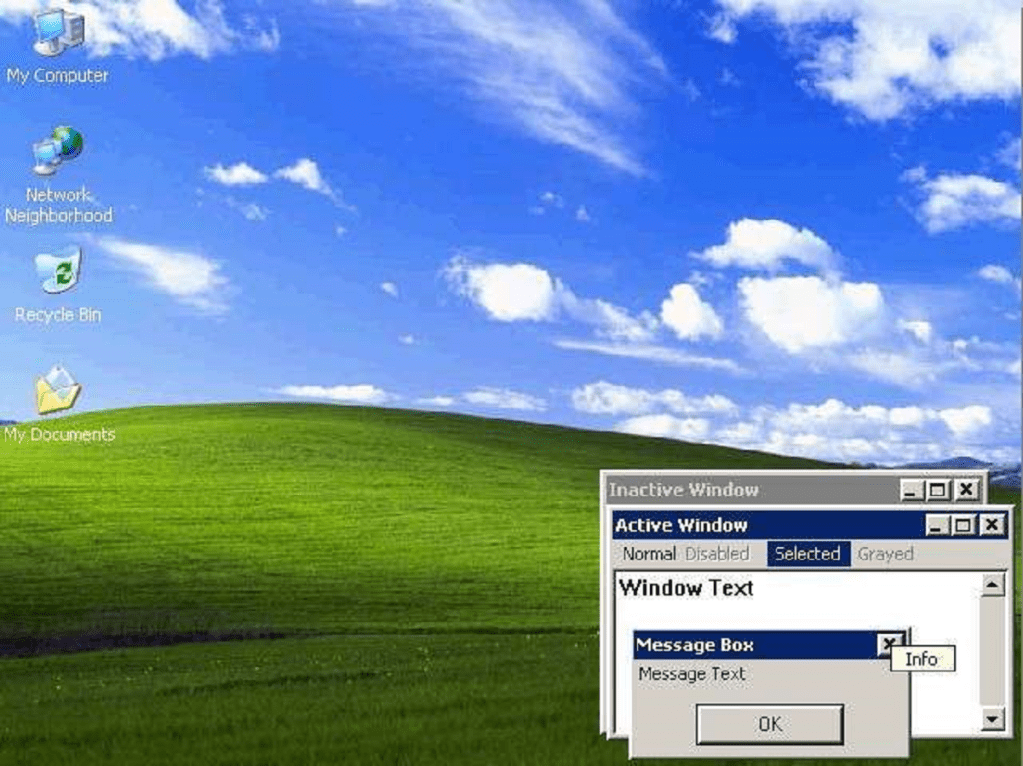 Editor’s Note: PCWorld originally published this story in 2014. This year, 2021, marks the 20th anniversary of Charles O’Rear’s iconic photo in 1996, which became the basis of the Windows XP desktop wallpaper. Microsoft first published Windows XP on Oct. 25, 2001. The vineyards are still there, greener than ever after the fall rains.

It’s not too far-fetched to believe that a billion people have viewed the “Bliss” image that defines the desktop view of Windows XP, the seminal OS that Microsoft is retiring Tuesday. But you’d barely notice the real-world “Bliss” scene if you stepped out of your car and gazed at it today.

Driving anywhere in California’s wine country can be treacherous. Roads curve back and forth, well, drunkenly. Bicyclists are common, and the next bend could hide an entrance to one of Napa’s finest wineries, a tour group jaywalking across the road, or even a couple on horseback, exploring the area.

In 1998, photographer Charles “Chuck” O’Rear was driving from Sonoma County through Napa on his way to Marin County. His mission was to meet Daphne, the woman who eventually became his wife. In January, as most California natives know, the rains come, and the hills explode into green for a few months before the withering summer heat browns them once again.

O’Rear, a 25-year veteran of National Geographic, drove down the road, then pulled over. That stretch of Highway 12 is narrow and windy, with only a slender shoulder for stopping one’s car. At the bottom of a steep embankment is a barbed-wire fence. And in 1998, when O’Rear took his famous “Bliss” photo, all he could see was an emerald-green hill, a ridge behind it, and a few puffy clouds.

“I got out, took a couple of pictures, and kept on going,” he told PCWorld in an interview on Monday. “And the rest is history.”

Fast-forward to the year 2000. Microsoft was about to launch Windows XP. The company had designed the new operating system with the stability of its corporate OS, Windows 2000, and the consumer features of Windows 98 and Windows ME. O’Rear was one of the first photographers to use a service called Corbis to digitize and license his photos. And Corbis was owned by Microsoft’s chief executive at the time, Bill Gates.

“How many pictures they looked at, I have no idea,” O’Rear said. But what he did do was hop on an airplane with the original transparency and accept a hefty check for his work. O’Rear can’t disclose the amount, but he said it would be an acceptable amount back then—and remains so today.

How to find the site

Since then, the location of the “Bliss” photo has been disclosed: about here, on Highway 12 (overlapping with Hwy 121) in Sonoma County. If you’re driving from Napa to Sonoma, it’s little more than a mile or so past the magnificent Domaine Carneros. The safest way to visit the spot is to find a spot in town to park, then hike back. But an alternative is to find a place to turn around, then park next to a call box while driving east to Sonoma. Then carefully walk back a quarter mile or so, crossing the highway only when no cars are coming. It’s a busy, busy road. You’ve been warned.

At the bottom of the hill, you’ll need to walk back and forth until you find the right vantage point. As you’ll see in my photos, I never quite found a way to eliminate the ridge in the background.

What you’ll quickly discover, however, is that the verdant green hills have given way to the region’s cash crop: wine. And the grapes used to make them.The only grasses are those at the bottom of a steep embankment, growing next to rosebushes that are being established next to the fence. Unfortunately, the presence of farm equipment—and a house that has been built onto the back side of the hill—robs the new “Bliss” view of its natural beauty. But as you already know from the drive, those green vistas are just a few hundred yards away.

O’Rear swears the original Bliss photo appears as his camera caught it. “Sorry, everybody, it’s the real deal,” he said. “Nothing was altered.”

O’Rear himself has his own, separate technology connections. He helped pioneer National Geographic’s technology coverage. It’s his hand, he said, holding a Motorola 68000 chip on the cover of the Oct. 1982 cover of the magazine. He shot photos for other stories on advanced materials, as well as a coffee table book on Silicon Valley. But “Bliss” remains his most famous work. And, most likely, “Bliss” will remain his most famous work forever.

“I got an email from someone at Microsoft—I suspect it was the engineering department—saying, ‘We have a contest going about that photograph,’” O’Rear said. “‘Most of us think it was Photoshopped. Some of us think it was taken out in eastern Washington in the Palouse area. Tell us about it.’ I wrote back and said, ‘Sorry, it’s the real deal. It was all there. The clouds were there, the green grass was there and the blue sky.”

But as Microsoft continues to rework Windows, so, too, do the owners of the vineyard. Sixteen years later, “Bliss” is almost unrecognizable. O’Rear said he used to know the landowners, but they sold to a new owner a couple of years ago. And time marches on.