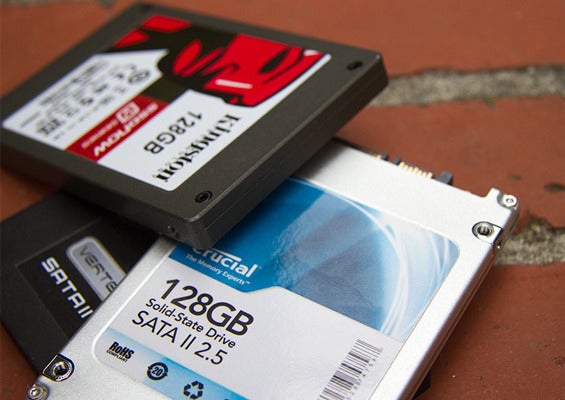 On Thursday, the SATA-IO group paved the way for SATA Express, putting PCI Express speeds over a SATA interface for the next generation of ultrafast solid-state discs, or SSDs.

Specifically, the Serial ATA International Organization ratified revision 3.2, which includes support for the SATA Express feature that was originally announced in January. A number of other useful improvements are also included, including better power management as well as support for so-called “micro” or embedded SSDs.

SATA is the bus that’s traditionally associated with internal storage within a PC, such as an SSD or disc drive. PCI Express, meanwhile, is used for high-bandwidth cards like graphics cards. (External hard drives either use external SATA, FireWire, a Thunderbolt connection, or, most commonly, USB.) Speeding up the internal bus paves the way for faster drives, which in turn will improve the internal performance of PCs over time.

The marquee improvement in the new revision is the support for PCI Express throughput through a supported SATA interface. Conventional SATA runs at speeds up to 6 Gbits/s; allocating two lanes of PCI Express 3.0 bumps up the speed to 2 Gbytes/s. That’s far more than today’s conventional hard drives will need; “[t]he faster interface (SATA Express) is intended for SSDs and emerging Solid State Hybrid Drives (SSHDs), but the speed of the existing SATA spec will be more than adequate for [hard drives] for the foreseeable future,” a spokeswoman for SATA-IO said in an email.

However, the device as well as the host controller must support the new 3.2 specification to allow both devices to negotiate up to the highest speed.

It will take some time for the revision to be supported by manufacturers, and SATA revisions aren’t customarily exposed to the consumer. But if you’re upgrading a notebook or desktop—especially if that means swapping out a traditional hard drive for an SSD—put the new SATA revision on your checklist of things to watch out for.