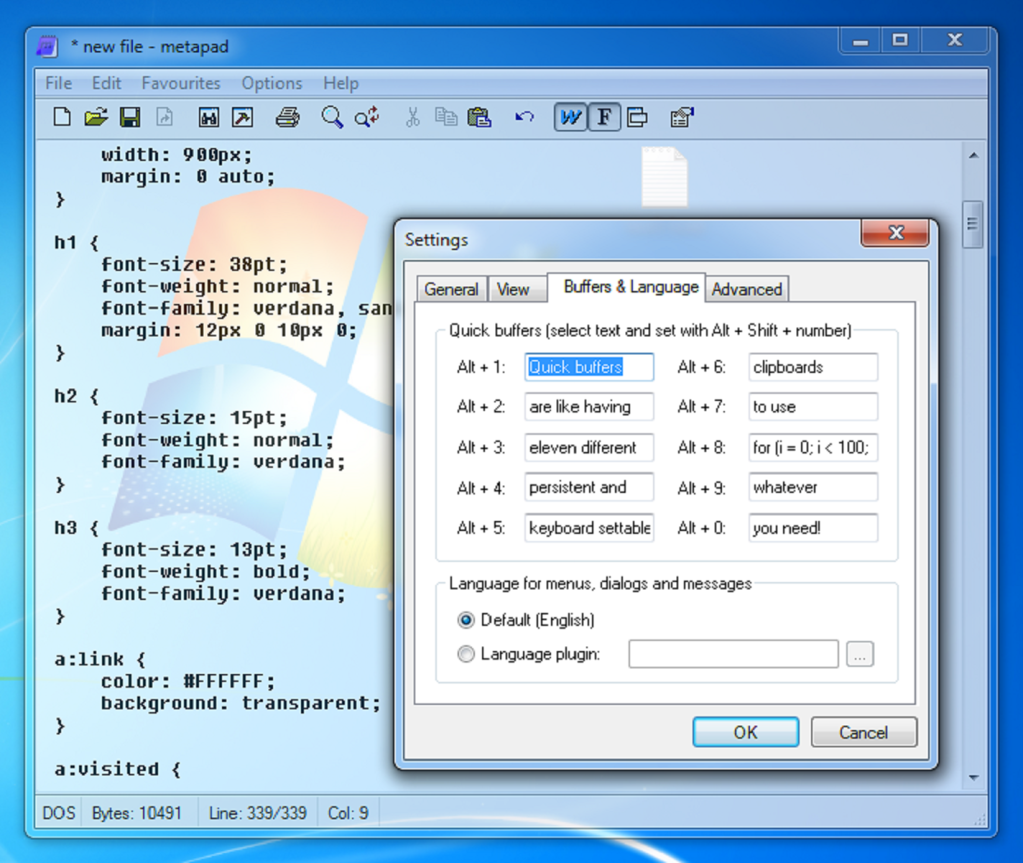 Liquid Ninja
At a Glance

Tiny but full-featured, Metapad could become your default notepad application.

Metapad wants to completely replace the built-in Windows notepad, and some of the features being offered in Metapad could convince you to make that switch.

First, there is what the developer calls “intelligent find and replace” which offers more features than the CTRL + F find feature on regular WordPad. If you have a huge text file, having more options (such as only finding the entire word) will save time by cutting down on false positives. (Download Metapad here.)

You can quickly exit the program by hitting the ESC key, which is a nice feature for all the keyboard junkies out there, as well as hyperlink (URL) and dual font support., which is useful for documents containing both text and code listings. Unfortunately though, Metapad doesn’t offer tabbed notes, which is a pity. This feature would add significantly to its usefulness.

Despite this, the settings contain a huge number of small tweaks attractive to anyone who likes to endlessly customize their applications, a feature Microsoft will never offer in the regular WordPad. In fact, the author of the program provides instructions on how to replace WordPad with Metapad as the default app for opening text files.