Beamforming is one of those concepts that seem so simple that you wonder why no one thought of it before. Instead of broadcasting a signal to a wide area, hoping to reach your target, why not concentrate the signal and aim it directly at the target?

Sometimes the simplest concepts are the most difficult to execute, especially at retail price points. Fortunately, beamforming is finally becoming a common feature in 802.11ac Wi-Fi routers (at least at the high end). Here’s how it works.

Sometimes the simplest concepts are the most difficult to execute.

First, a bit of background: Beamforming was actually an optional feature of the older 802.11n standard, but the IEEE (the international body that establishes these standards) didn’t spell out how exactly it was to be implemented. The router you bought might have used one technique, but if the Wi-Fi adapter in your laptop used a different implementation, beamforming wouldn’t work.

Some vendors developed pre-paired 802.11n kits (with Netgear’s WNHDB3004 Wireless Home Theater Kit being one of the best examples), but these tended to be expensive, and they never had much of an impact on the market.

The IEEE didn’t make the same mistake with the 802.11ac standard that’s in today’s high-end devices. Companies building 802.11ac products don’t have to implement beamforming, but if they do, they must do so in a prescribed fashion. This ensures that every company’s products will work together. If one device (such as the router) supports beamforming, but the other (such as the Wi-Fi adapter in your router) doesn’t, they’ll still work together. They just won’t take advantage of the technology.

Beamforming can help improve wireless bandwidth utilization, and it can increase a wireless network’s range. This, in turn, can improve video streaming, voice quality, and other bandwidth- and latency-sensitive transmissions.

Beamforming is made possible by transmitters and receivers that use MIMO (multiple-input, multiple-output) technology: Data is sent and received using multiple antennas to increase throughput and range. MIMO was first introduced with the 802.11n standard, and it remains an important feature of the 802.11ac standard.

Devices that support beamforming focus their signals toward each client, concentrating the data transmission so that more data reaches the targeted device instead of radiating out into the atmosphere. Think of putting a shade on the lamp (the wireless router) to reduce the amount of light (data) radiating in all directions. Now poke holes in the shade, so that concentrated beams of light travel to defined locations (your Wi-Fi clients) in the room.

As mentioned earlier, beamforming support is an optional element of the 802.11ac standard, and any vendor offering it must support a specific technique. But the vendor can also offer other types of beamforming in addition to that standard technique.

Netgear is not the only router manufacturer to support beamforming, of course. It’s becoming a common feature on all of the higher-end Wi-Fi routers and access points. If you’re in the market and want a router that supports beamforming, check the router’s specs on the box or at the vendor’s website. Here are three other routers you might consider: the Linksys EA6900, the D-Link DIR-868L, and the Trendnet TEW-812DRU. 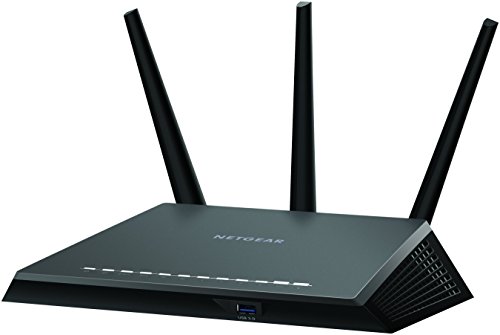