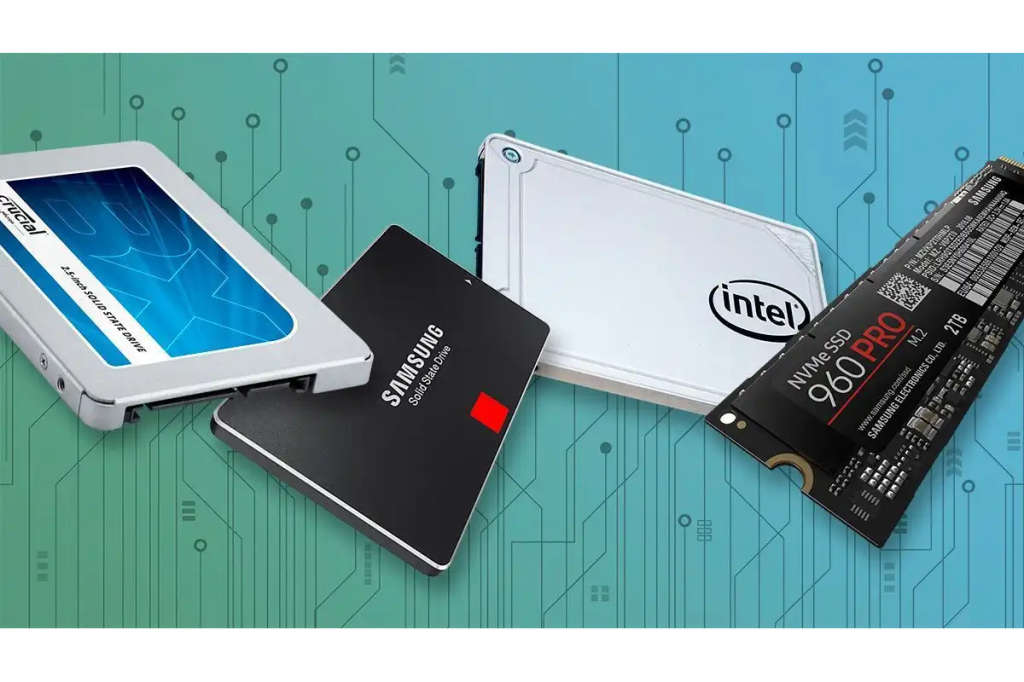 In times past, choosing the best PC storage option just meant picking the highest-capacity hard drive you could afford. If only life were still so simple! The rise of solid-state drives and hybrid drives (which mix standard hard drives with solid-state memory) have significantly altered the storage landscape, creating a cornucopia of options for the everyday consumer.

Selecting the best drive type depends on what you need that drive to do. Below, we explain the basic advantages and drawbacks for each of the most popular PC storage options available today. Tuck away this knowledge to make the best decision you can the next time you’re shopping for additional drive space.

Hard-disk drives (HDDs), commonly referred to as hard drives, were the default storage component in desktop and laptop PCs for decades, an honor that has since been bestowed on solid-state drives (SSDs). But hard drives are far from being obsolete. Modern HDDs are far more advanced and higher-performing than their counterparts from yesteryear. In enterprise gear and massive 12TB external drives for home, for example, you can find stacks of hard drive platters in airtight disk enclosures filled with helium to keep the temperatures down and allow for higher performance. There are also advancements that aim to make hard drives even more efficient, such as energy-assisted magnetic recording, which is another enterprise-only feature for now.

Despite these changes, the basic underlying hard drive technology remains the same: quickly rotating magnetic platters paired with read/write heads that travel over the platters’ surfaces to retrieve or record data.

The technology is mature, reliable, and relatively inexpensive compared with other storage options; most HDDs can be had for only a few cents per gigabyte. Hard drives are available in relatively high capacities, too. You can easily find hard drives with capacities up to 10TB that are specifically suited to desktop PCs, as well as larger hard drives that aren’t meant for desktops but will work anyway.

Hard drives connect to your system via the ubiquitous SATA (Serial ATA) III interface, which is slower than other connection types but works reliably well. Simply put, traditional hard drives are spacious, simple, and comparatively dirt-cheap, but they don’t perform nearly as well as solid-state drives or even hybrid products in most cases. Today’s fastest hard drives can read and write data around 200MB per second (MBps), with sub-8ms access times, but those numbers are significantly slower than the speeds of even some of the most affordable solid-state drives. There are two primary types of hard drives available that are differentiated by the speed of their platter rotation: 5,400-rpm drives and 7,200-rpm drives—the faster the platter rotation, the faster the hard drive will perform. 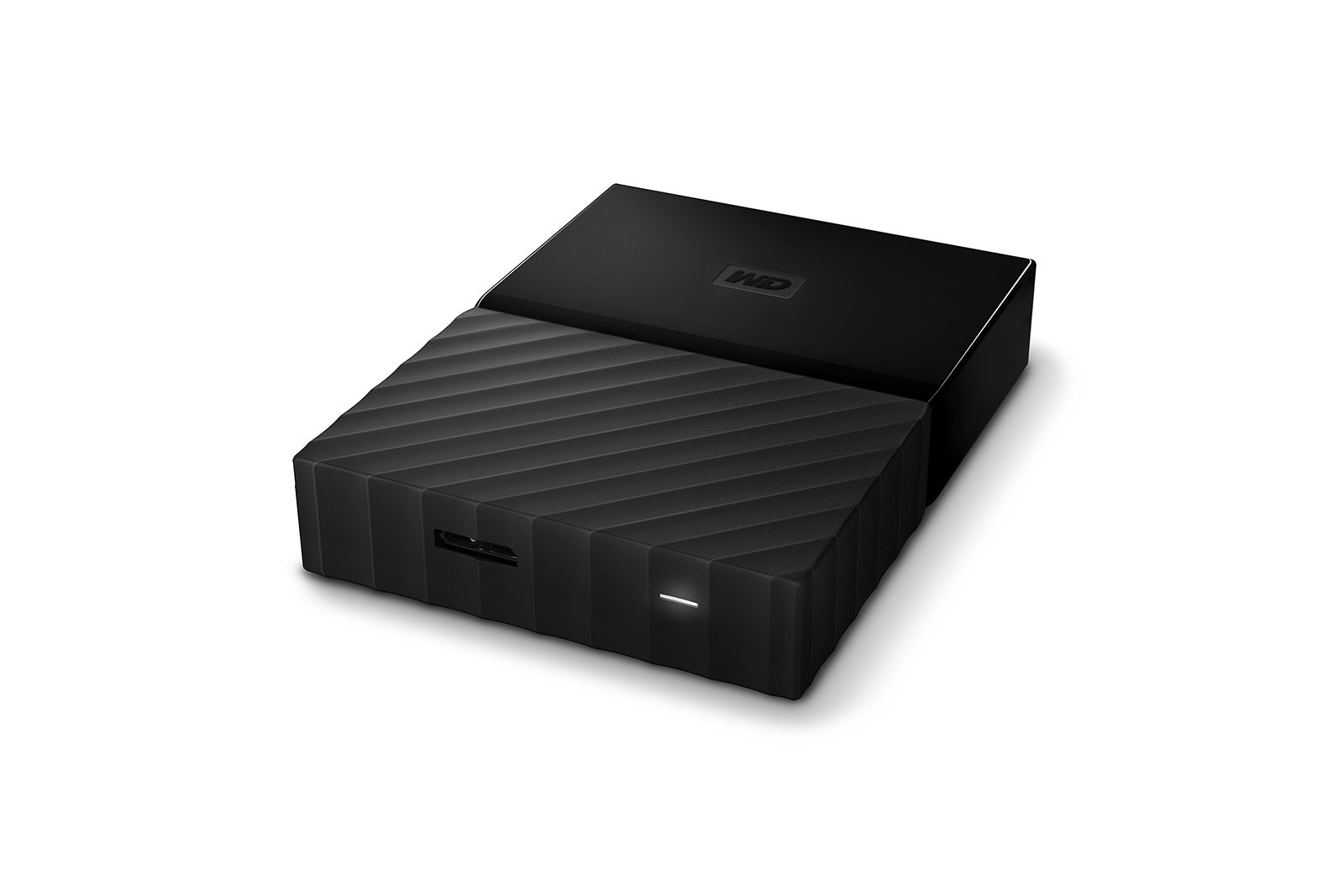 HDDs are best for when you need vast amounts of storage, such as secondary storage in a desktop PC or laptop—for example, our pick for the best external backup drive: WD’s My Passport 5TB. Hard drives can also be the primary storage on laptops and desktops, but it’s becoming less common. If you’re an everyday PC user who sticks mostly to email, web browsing, and basic document editing, a standard hard drive will work, but we can’t recommend using one as primary storage these days. SSDs are just so much speedier that it’ll really feel like you’re using a relic from a bygone era when rocking a hard drive only.

SSDs use nonvolatile NAND flash memory to hold your files, with no mechanical parts or magnetic bits flying around, as we see in hard drives. By ditching the relative slothfulness of moving parts, solid-state drives deliver better performance. They’re the fastest storage option available by far. Not only can SSDs read and write data much faster than hard drives with most workloads, but they can also access the data much more quickly.

The fastest hard drives can read and write data at about 200MB per second, as we said earlier, and they access data in a few milliseconds. Compare that to high-performing SATA III solid-state drives, which can achieve 560MB/s (or higher) transfers that essentially saturate the SATA interface, with typical access times at a fraction of a millisecond.

And that’s just for starters. SATA III SSDs in those 2.5-inch enclosures are actually the slowest SSDs you can get. NVMe SSDs running over both PCIe 3.0 and PCIe 4.0 are far, far superior. A high end PCIe 3.0 NVMe drive can hit read speeds of more than 3,000MB/s. Now that would be impressive if it weren’t for the fact that top PCIe 4.0 NVMe SSDs can blow those speeds away with sequential reads that go above 7,000MB/s.

NVMe SSDs are built as M.2 “gumstick” drives that drop into a special kind of slot on your motherboard. They are surprisingly small and instead of SATA III connections, these drives use PCIe, which is the same computer expansion bus that graphics cards use. Which type of PCIe your computer uses—version 3 of 4—depends on your motherboard and processor. These parts are backwards compatible so they will still work across these two generations. But if, for example, you slot a PCIe 4.0 drive into a PCIe 3.0 system, then the faster drive will only hit PCIe 3.0 speeds. So only buy a PCIe 4.0 drive if your system is built for it, you get it on sale making the cost irrelevant, or you plan to upgrade your system to PCIe 4.0 in the near future.

Another huge SSD advantage, regardless of type, is durability. Because they have no moving parts, solid-state drives aren’t susceptible to damage or degraded performance from vibrations or movement. Drop a system or laptop containing a traditional hard drive, and you have a very real chance of corrupting your data. But a solid-state drive won’t—can’t—skip a beat; though we can’t vouch for your laptop’s chassis or screen hinges. 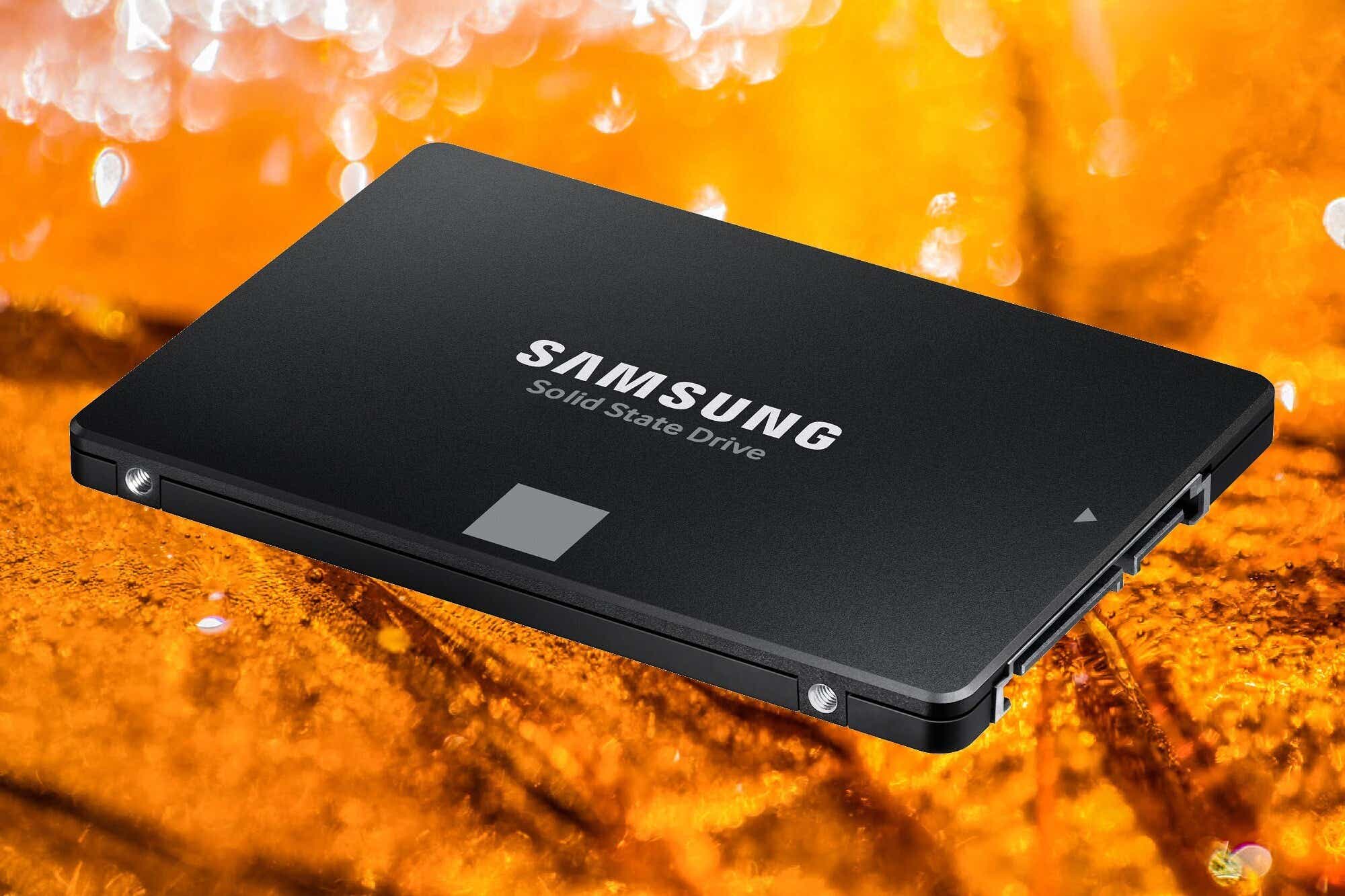 Another concern that we hear about all the time is that SSDs fail without warning, which is kind of true. You can usually tell when an SSD is about to fail or in the process of failing if it has trouble saving a file or takes an abnormally long time to do so; if the file system needs to be repaired; or the PC crashes during boot. Unfortunately, these errors just kind of happen with no tell-tale grinding sound or clicks like you get with hard drives. The best way to deal with this is by downloading your manufacturer’s SSD maintenance software, which can tell you if your SSD is suffering from any issues. There are also third-party tools that can do this, such as CrystalDiskInfo.

Without monitoring the health of an older SSD you could quickly end up with unusable files. This usually only happens after years of use, but just like hard drives, SSDs do eventually fail. For that reason, we strongly recommend a solid backup plan so you don’t lose any important files when your drive goes kaput. (See our roundups of the best Windows backup software and best online backup for more on that.)

Solid-state drives are everywhere these days and are the most common type of storage in laptops and highly recommended for DIY desktops. It used to be that the best option was to pair a small-capacity SSD as the boot drive, and then use a big hard drive for storing most of your stuff. That is still a viable option if you’re on a budget (just make sure that boot drive is NVMe). These days, however, you can easily get an SSD with 512GB or 1TB to cover most of your needs at a fair price. Still, it’s always nice to have a second drive, and SSDs can also fill-in there. Especially in laptops, where weight is critical, having an M.2 NVMe drive as your boot drive and primary storage, and a SATA III SSD in the 2.5-inch drive bay can lighten your laptop bag significantly. Managing multiple storage volumes can be a bit of a pain for casual PC users, but it’s not that hard to deal with and the small learning curve is outweighed by the benefits from increased storage.

If you’re looking for a solid-state drive, check out PCWorld’s roundup of the best SSDs of the year, which recommends specific SSDs for various needs.

Before we leave this section, let’s have a quick chat about another common type of solid state storage called eMMC (embedded multimedia card). While eMMC does use NAND flash, it’s not in the same league as an SSD. These eMMCs are much slower forms of onboard storage and are commonly found in Chromebooks, and for that purpose they work fine; however, we wouldn’t recommend eMMC in any laptop running Windows 10 or 11, even in budget-priced laptops with only 64GB of storage.

Beyond hard drives and SSDs there is a third type of drive that is still around and may interest some. Especially for those who only want one storage media in their PC, but want better performance than a standard hard drive can produce. These are called hybrid hard drives or an SSHD, and they use traditional rotating platters and a smaller amount of high-speed flash memory inside a single drive enclosure.

Hybrid storage products monitor the data being read from the hard drive, and cache the most frequently accessed bits to the high-speed NAND flash memory. The data stored on the NAND will change over time, but once the most frequently accessed bits of data are stored on the flash memory, they will be served from the flash, resulting in SSD-like performance for your most-used files.

It used to be that SSHDs were popular choices because of cost, and that is less true today. A Seagate 1TB gaming SSHD, for example, comes out to about $0.08 per gigabyte. That’s in between a high-performance SSD and a high-performance HDD. So if you’re looking for performance at a reduced cost then an SSHD might be a good option; however, if you can hold out, you might also find an SSD at a killer price just by deal watching here on PCWorld or checking your favorite shopping site around the holidays.

One good thing about SSHDs is manageability. Because the cache volume is essentially hidden from the OS, users aren’t required to cherry-pick which data to store on the SSD and which on the hard drive. The hybrid storage volume can be as big as the hard drive being used, and can serve as a standard hard drive. Boot times also see some improvement.

Where hybrid products falter is with new data. When writing new data or accessing infrequently used bits, hybrid products perform just like a standard hard drive, and many new hybrid drives have a “break-in period” while the software learns which data is frequently used and should be cached for faster access. Due to the fact that hybrid products rely on caching software, they can also be somewhat more difficult to configure.

For users who don’t want the responsibility of managing multiple volumes or who don’t constantly work with new data, a hybrid drive can be a great option to improve system performance, but the reality is that in 2021 SSDs are really the way to go, with SSHDs and hard drives acting as secondary considerations.