I wouldn’t exactly call myself an old-fashioned guy, but I’m a little surprised at how long it’s taking me to get accustomed to one of the minor little tweaks in OS X Lion, the new version of Apple’s Mac operating system that launched today. I’m talking about page scrolling, which Apple has just inverted by default, and the newly tweaked feature can take more than a little getting used to.

The difference seems small, and once you develop the muscle memory that makes the page scroll the way you want it to, it shouldn’t be a big deal. But if it’s slowing you down and you just want to set it back to the way it was so you don’t have to deal with the new functionality just yet, here’s how to do it.

By default, OS X Lion enables what Apple’s choosing to call “natural” mode, in which the content moves in the direction your finger is moving. To reverse it so that the scroll bars, rather than the content, follow your finger, uncheck the checkbox for Scroll direction: natural.

For my part, I’m going to keep giving the new, so-called natural scrolling direction a fair shake before and see how I like it. But if you’re losing productivity to the novel scrolling direction, I don’t see how anyone could blame you for setting it back the way it was. 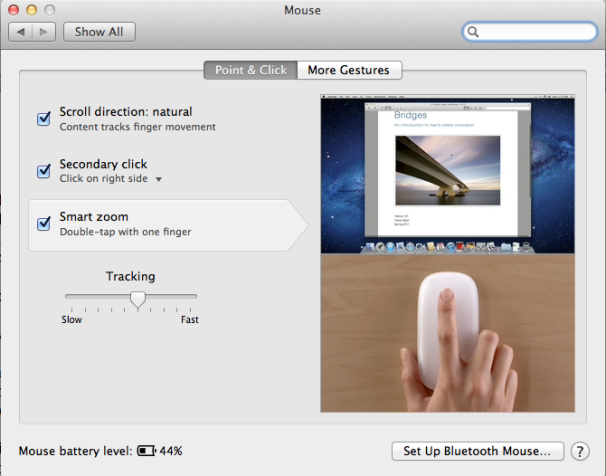