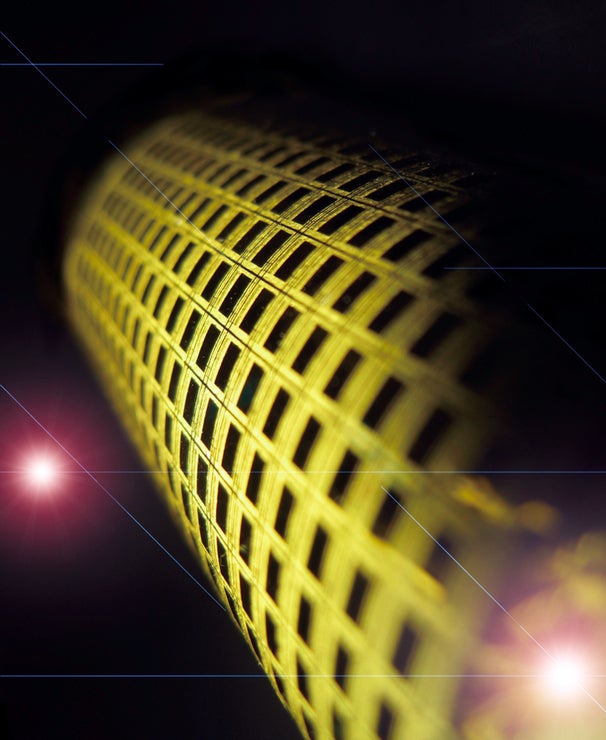 Engineers at the University of California, Berkeley, have developed a new technology that may help robots feel, give the sense of touch back to those with prosthetic limbs, and ultimately help robots do the dishes without breaking them (and while they’re at it, maybe make a sandwich without turning it into land of the flatlanders).

The material is built using semiconductor nanowires that can operate using low voltages, and it’s more flexible than previous inorganic synthetic skins. This “e-skin” is also stronger than its competing organic materials. Organic materials are also poor semiconductors, and require a higher voltage to operate. The Berkeley group’s synthetic skin can either be transferred to another material like a plastic or glass by either directly transferring it over from a flat substrate which is then “rubbed” onto a polymer film made of polyamide. It can also be “rolled” onto the surface using a device that works much like a lint roller in reverse; the fibers are deposited to a sticky surface rather than picked up.

The e-skin can detect pressure in the range from 0 to 15 kilopascals, or similar to the pressure needed to perform normal daily tasks. In other words, when your cyber-being goes to clean the wine glasses from last night’s party, it won’t break them, and when your robot goes to make you a sandwich, it won’t flatten it to the size of your silicon microprocessor.