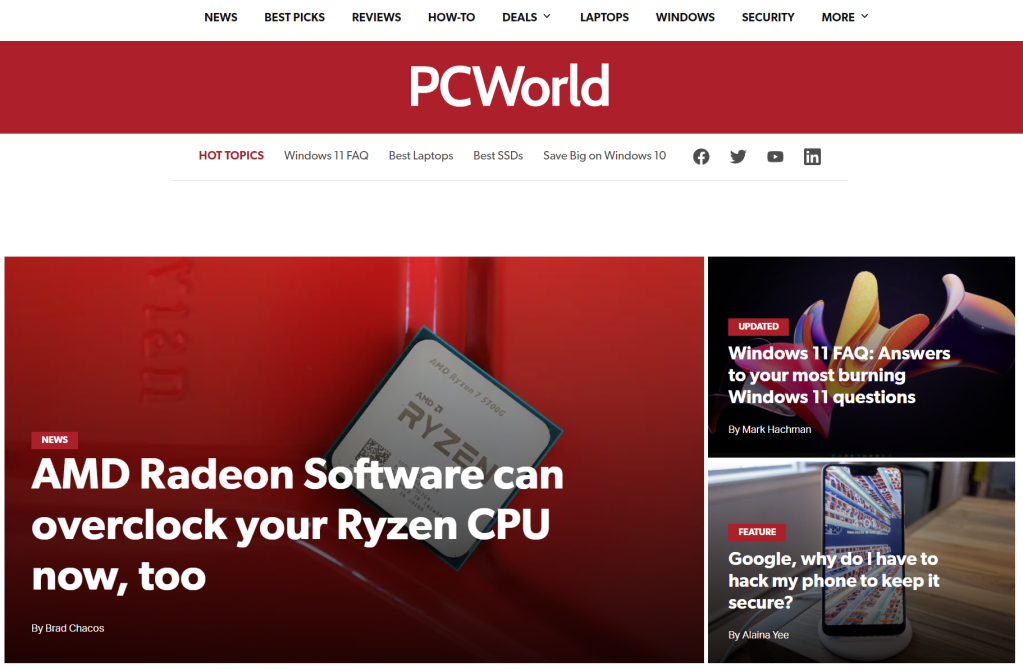 Your eyes aren’t playing tricks on you. PCWorld.com has a new look and feel, and we’re excited to finally show it off. We’ve redesigned the home page. We’ve redesigned article templates. We have new fonts, new navigational elements, and perhaps most importantly, a new back-end architecture that will speed up your user experience.

It’s been a long time coming. In fact, we haven’t done a major redesign since October 2012, the month I joined the PCWorld team. That 2012 redesign brought a lot of visual pizzazz to an aging site that was pretty much just text links, but now we’re finishing the job with some much-needed optimizations for 2021 and beyond. Ready for a cool visual? You can slide between our 2011 web experience and today’s redesign here:

The new website will load faster, and articles should be easier to read, with fewer instances of advertising causing layout shifts. The website’s mobile experience has been improved, and in the weeks ahead you’ll notice new visual features related to product recommendations, benchmark charts, social media embeds, and more. I even used a photo comparison widget above to give you a taste of all the cool stuff PCWorld has planned.

The website relaunch entailed migrating tens of thousands of articles and images from one content platform to another. We don’t expect every article to appear exactly as intended, and we’ll be working overtime to quickly fix anything that breaks. For now, I simply want to say on behalf of the entire PCWorld team, we sincerely hope you enjoy the improvements.