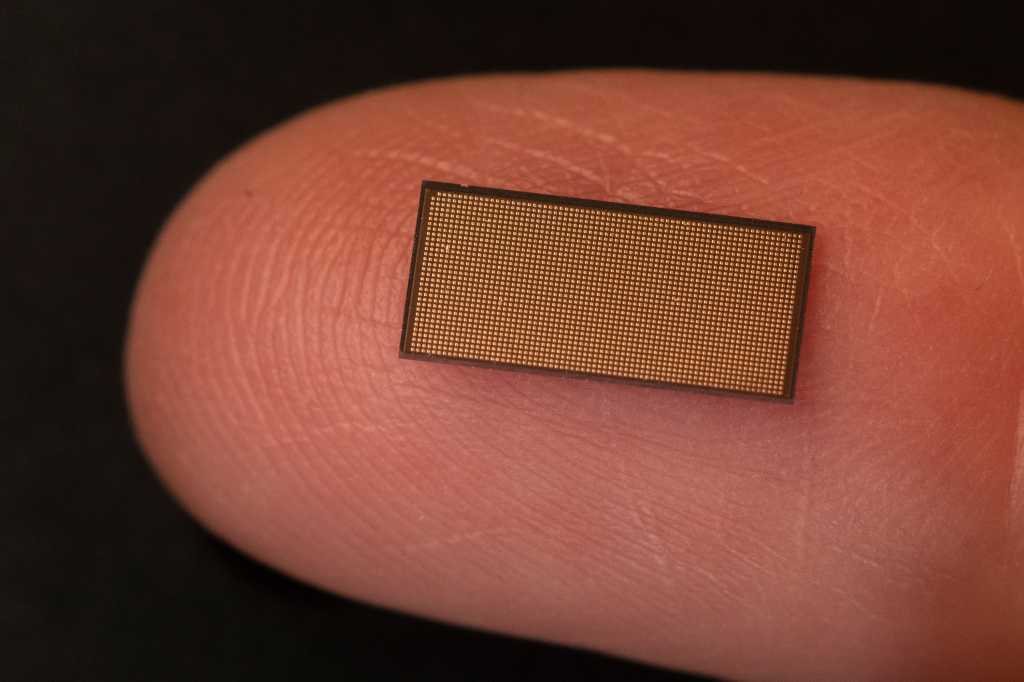 Intel announced its second-generation neuromorphic research chip on Wednesday, whose improved computational capabilities will continue to assist researchers who are developing applications that “think” like the human brain.

Intel publicly announced the first fruits of its neuromorphic research chip in 2017, when it announced the first Loihi chip. That processor synthesized 128,000 neurons and 128 million synapses as part of its first efforts. On paper, Loihi 2 looks like a step back in some ways: It synthesizes 1 million neurons, but only 120 million synapses. (Compare that to the rival Cerebras chip, which the company claims is already as powerful as a human brain.)

In part, that’s because Loihi 2 represents both improvements in computational density but also a chance for Intel to push ahead on its own manufacturing roadmap. Loihi 2 is the first Intel chip for external use that it manufactured on a pre-production version of the Intel 4 process (previously called 7nm). Its neurons and synapses are fabricated on a chip that’s only 31 sq. mm, about half the size of Loihi’s 60 sq. mm. The number of transistors has remained about the same, at 2.3 billion.

Essentially, Intel claims that the new Loihi 2 chip offers ten times the computational power of the first-generation Loihi chip, due to several factors, including simple processing speed upgrades (2X for neuron state updates, on up to 10X for spike generation). The latter refers to the way in which data is communicated across the chip, using a model of an actual neuron that “fires” as it communicates information. Loihi 2 also allows more complex forms of information to be carried as a payload, added to some more familiar techniques from PC chip design: wider interfaces, for example, that now allow data to move across a three-dimensional mesh network.

All of these tools are in the service of deep learning, which Intel and other companies have worked to apply to the real world. (Machine learning can be applied to a system as basic as trying to determine how to recognize a cat; the machine is “trained” by an enormous group of photos of cats and other objects, and the machine is told what is a cat and what isn’t. It’s up to the machine to figure out the “rules” of what makes a cat a cat. The machine is then “tested” by asking it to take an unknown photo and guess whether it’s a cat or not.)

Loihi 2 is more generally programmable, too, which will allow researchers to try and new and different methods to train the chips with different machine-learning algorithms, Intel said.

Correction: Loihi 2 will not be sold to researchers, according to an Intel representative. The Intel 4 process it is fabricated upon is also a pre-production version. The photo above should be credited to Walden Kirsch of Intel.