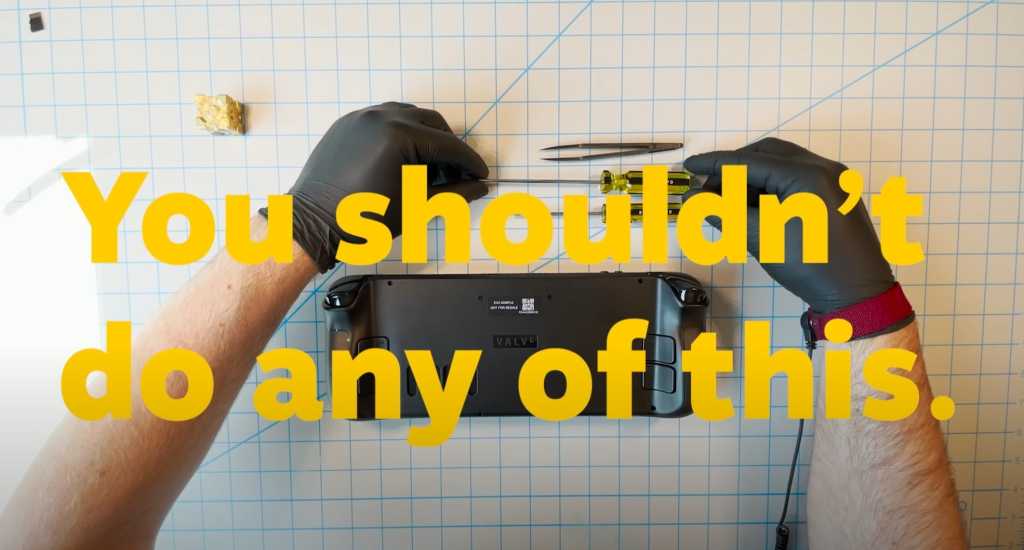 In a video posted by Valve today, gamers were given a inside tour of the Steam Deck, including notes on how to access the thumb sticks and the M.2 SSD. Sounds fun, right? No, step away from the Stream Deck immediately. Valve doesn’t want you to do any of this.

Indeed, the 5-minute video goes into great detail on how to perform Steam Deck surgery, and even states you have the “right” to open up your Steam Deck, but more than half of the video discourages you from doing so.

Valve’s reasons are sound. For one, you can weaken the machine structurally since it’s built using self-tapping screws that bore into plastic. There’s also the possibility of electro-static shock damage, and risk of fire if you damage the battery. Almost as bad: Replacing your SSD with a drive that interferes with the unit’s wireless or is physically too thick.

It’s all scary stuff… but Valve then goes ahead and show how to do it anyway. What Valve’s messaging here isn’t clear, but reminds us of a scene from 1941 where Dan Ackroyd specially explains how not to fire a 40mm anti-aircraft gun by explaining how to do it exactly.