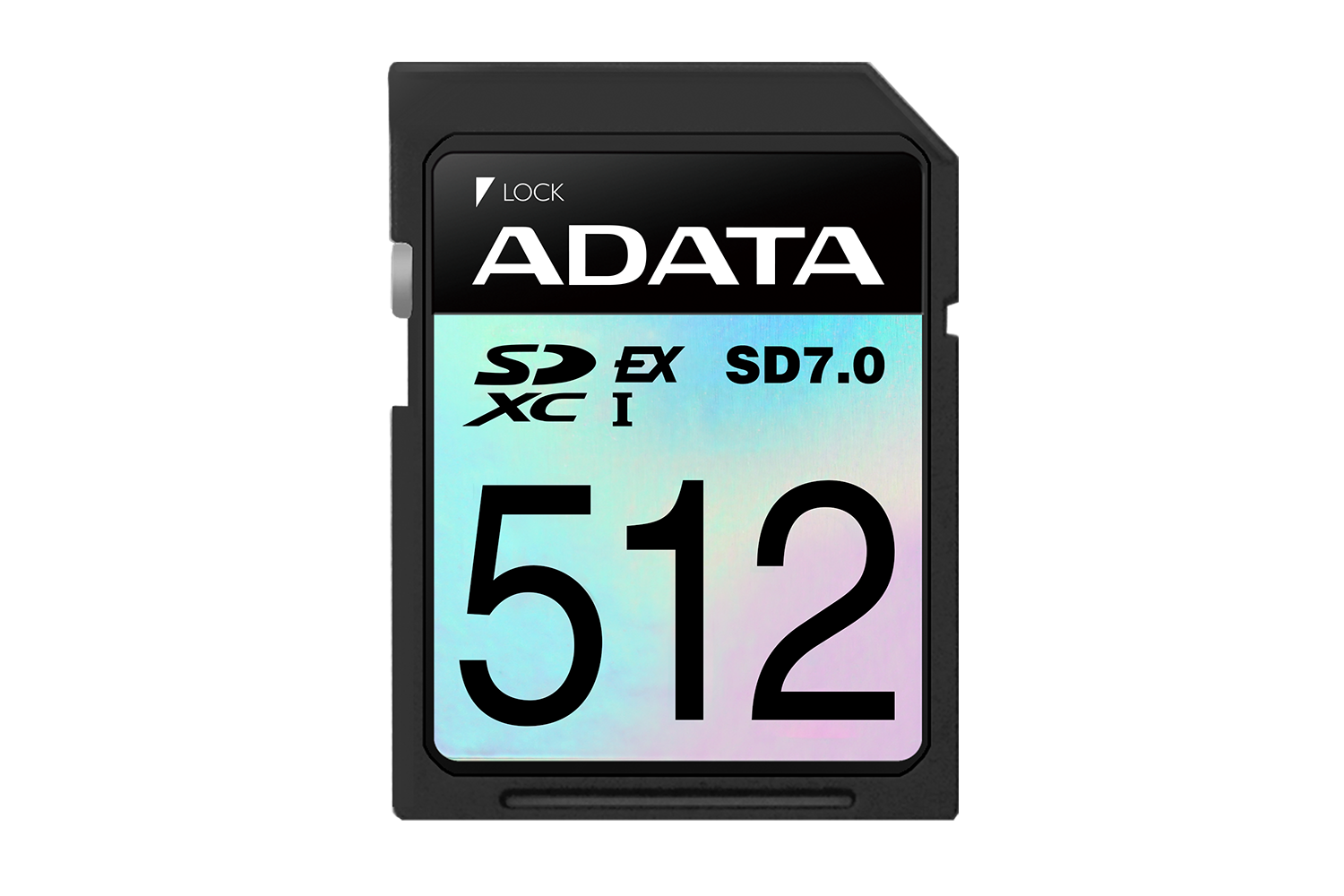 The memory card wars are about to heat up again. This week, Adata showed off its first SD Express memory card.

Dubbed the Premier Extreme SDXC SD 7.0 Express Card, Adata said the device will use PCIe Gen 3 x1 and hit read and write speeds of 800MB and 700MB, respectively. Adata also pointed out that is about 1.5 times faster than a standard SATA SSD. Compared to existing SD cards using the UHS-II SD and UHS-I SD interface, it’s about 2.7 to 8 times faster.

SD Express is an evolutionary upgrade to the familiar SD cards used in cameras, laptops, and connected devices such as security cameras. It basically integrates PCIe Express and NVMe standards into SD card bodies. SD Express and microSD Express 7.0 will max out at about 1,000MBps read speed. SD Express 8.0 will increase speed by doubling the PCIe lanes to get to 2.1GBps. The fastest SD Express 8.0 implementation will hit 4GBps when introduced.

Today, though, we start with SD Express 7.0 such as Adata’s card. One strength of SD Express though is its backward compatibility. The cards feature multiple rows of pins, with the first row supporting legacy SD access and the other two rows used for PCIe access.

This means if you buy Adata’s fancy new SD Express card and pair it with a camera that supports SD Express, you can hit that 1,000MBps speed rating, while still being able to access the card’s contents on your laptop if it has an older SD Card reader built in.

So where does SD Express fit in the memory card pecking order? We’d guess SD Express make its way into becoming the standard card format in consumer and prosumer grade cameras. Its main competitor is CFexpress which is also built around PCIe. CFexpress got off the ground first in professional cameras though, so it’s likely to dominate in that arena.

Adata didn’t say when exactly the card would go on sale, or announce pricing.