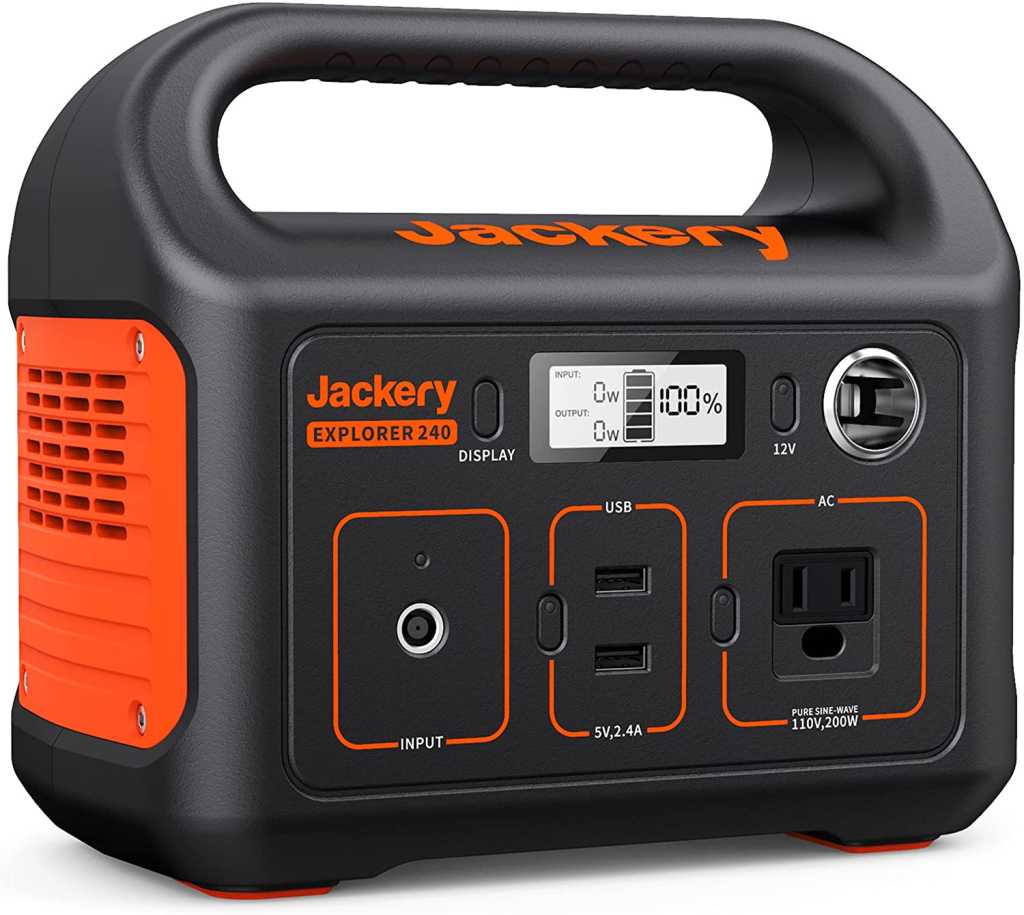 Jackery
At a glance

If you want a portable power station that gets you through an overnight trip or short power outage, the Explorer 240 is worth a look.

The last time I took a look at a Jackery Explorer power station, it was the Explorer 1000, which had a price that matched is capacity—$1,000. This time around, I’m looking at the Jackery Explorer 240 that not only has a shrunken capacity, but a smaller price tag as well.

Both Jackery power stations feature a similar design, despite the Explorer 240’s smaller footprint and fewer ports. There’s an LCD screen centered above the bulk of the ports. The screen shows you the battery’s current charge level, via both a battery meter and as a percentage, while also showing the current outgoing and incoming wattage. 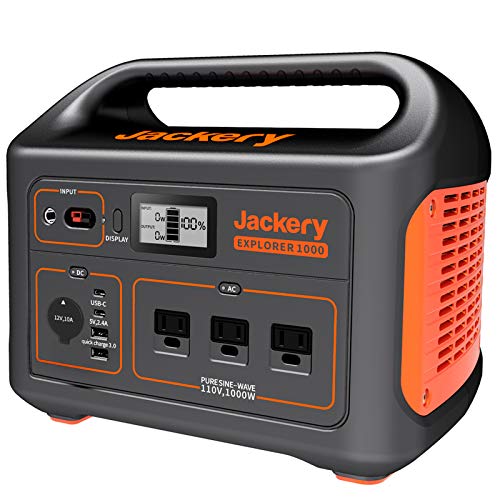 Below the screen is a row of various ports. The input port is used to charge the power station itself, either via the included power adapter or with the optional solar panel kit. Then there’s a stack of two USB ports, each one capable of charging a device at 5V/2.4A with a max output of 24W. To the right of the USB ports is a lone 110V AC outlet that maxes out at 200W, with a 400W surge peak.

The Explorer 240 features Jackery’s typical gray and orange theme, which looks great, and has a convenient handle for carrying the roughly 7-pound device.

The power station has a total capacity of 240Wh. As is the case with every power station I’ve reviewed, I put it through a series of tests to check output and charge rate.

Charging time for the Explorer 240 via the included power adapter took 7 hours and 28 minutes, while it actually charged faster via a solar panel, coming in at around five hours.

The final test required me to connect a PortaPow power monitor and DROK load tester connected to a USB port, and record its output. Here’s where things got confusing. The first test result showed a total output of 274.819Wh—or nearly 35Wh more than the total capacity of the station. A second test showed 239.840Wh of output, which is nearly 100 percent of the station’s capacity. To be more specific, it’s an efficiency rating of 99.52 percent. The average of all the power stations I’ve reviewed is 89.29 percent, with the closest to the Explorer 240’s results being the Aukey PowerTitan 300 at 94.44 percent. 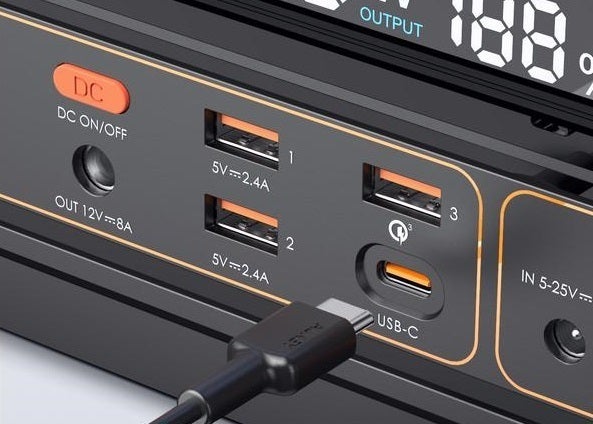 It is practically unheard of for a battery to be nearly 100 percent efficient, as batteries lose some capacity due to temperatures and various other factors. I’ve asked Jackery why the efficiency is so high (high enough to be more than the capacity, even) but have yet to hear back.

I’m not sure how to feel about the Jackery Explorer 240. On one hand, multiple runs of the efficiency test all resulted in a high percentage. But the results are almost too good to be true. It’s a small, compact power station that will surely keep your devices charged during a quick overnight trip, but I wouldn’t use one to power something critical during a power outage.